An impressive performance by Guiseley Academy’s Under-18 side saw them progress in the FA Youth Cup, at the expense of visitors FC Halifax Town, and they now visit Bolton Wanderers in the next round.

With Josh Stones, Lewis Hey and Jake Charles strong in midfield Guiseley held the upper hand with their back line putting in some impressive work.

Right-back Josh Calvert typified Guiseley’s effort with a swashbuckling performance being involved throughout the game.

Shortly after Guiseley had to make their first substitution, with injured left-back Asa Stevenson-Lowe being replaced by Ethan Hudson-Parker, they took a 28th minute lead through Harrison Leigh following a corner from the left by Haroon Bostan.

Guiseley extended their lead to 2-0 when another Bostan corner was headed home by Josh Stones.

The Halifax ‘keeper was kept busy as Guiseley pushed the Shaymen back with Hey growing increasingly more confident and influencing the game with the support of a tremendous team spirit.

The Young Lions showed their intent as the second-half kicked-off and Darwin King hit the side netting with his shot. The pressure was increasing on Halifax with Guiseley keeping their shape and battling hard.

Stones went off injured in the 51st minute with the impressive 16 year-old Harry Glover replacing him.

Guiseley continued to press forcing the Town ‘keeper into further saves whilst Hagie Damba in the Guiseley goal was hardly troubled and on the one occasion Halifax looked as if they may score a tremendous tackle kept them at bay.

Guiseley made their final substitution when Bostan was replaced by Oliver Metcalfe in the 81st minute.

Guiseley were resolute in everything they did and to a man stuck to their job, which produced a third goal when Lewis Hey’s free-kick was headed home by Darwin King in the 82nd minute.

The crowd of 263 saw Guiseley comfortably win this Third Qualifying Round tie taking them on to face Football League opposition. 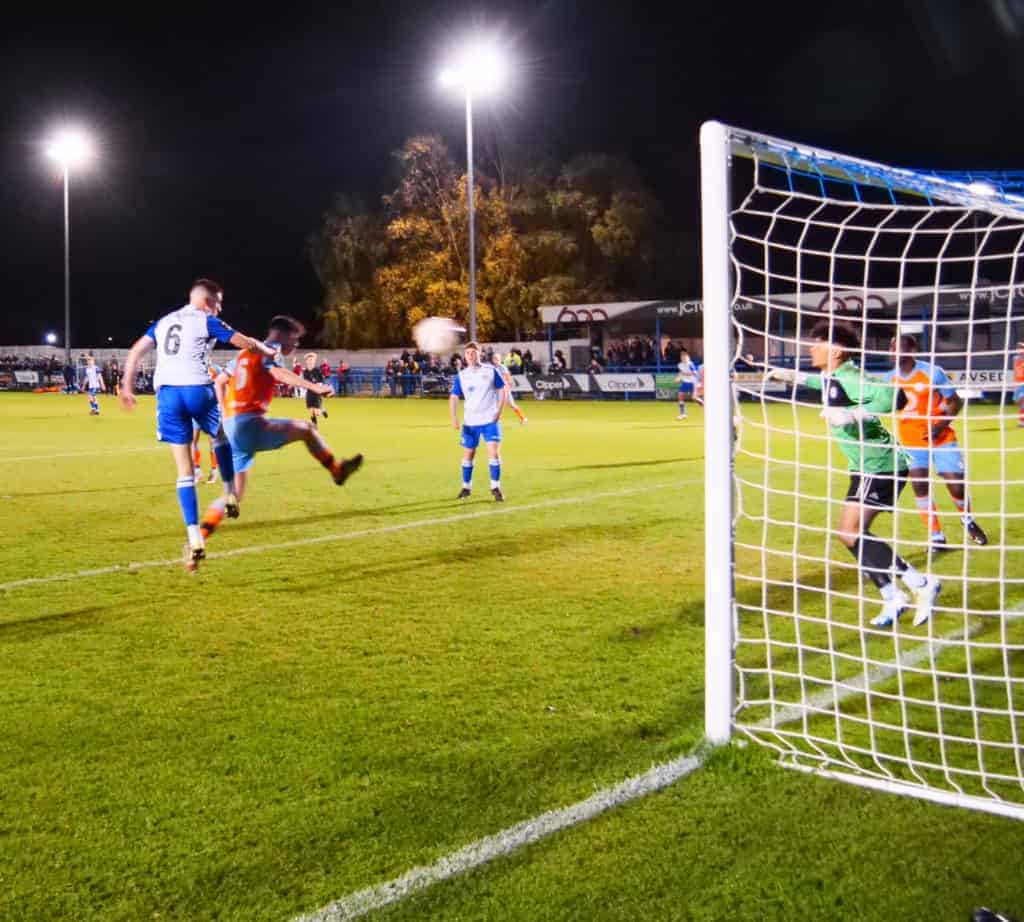 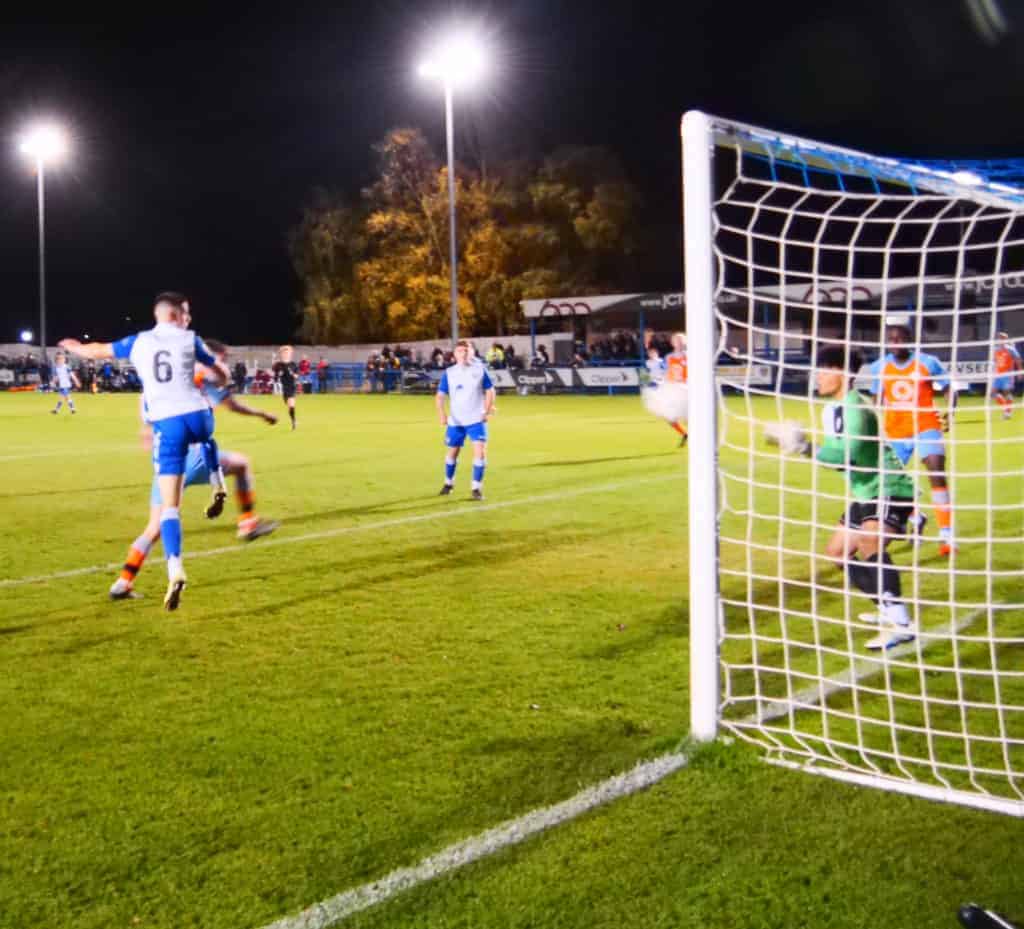 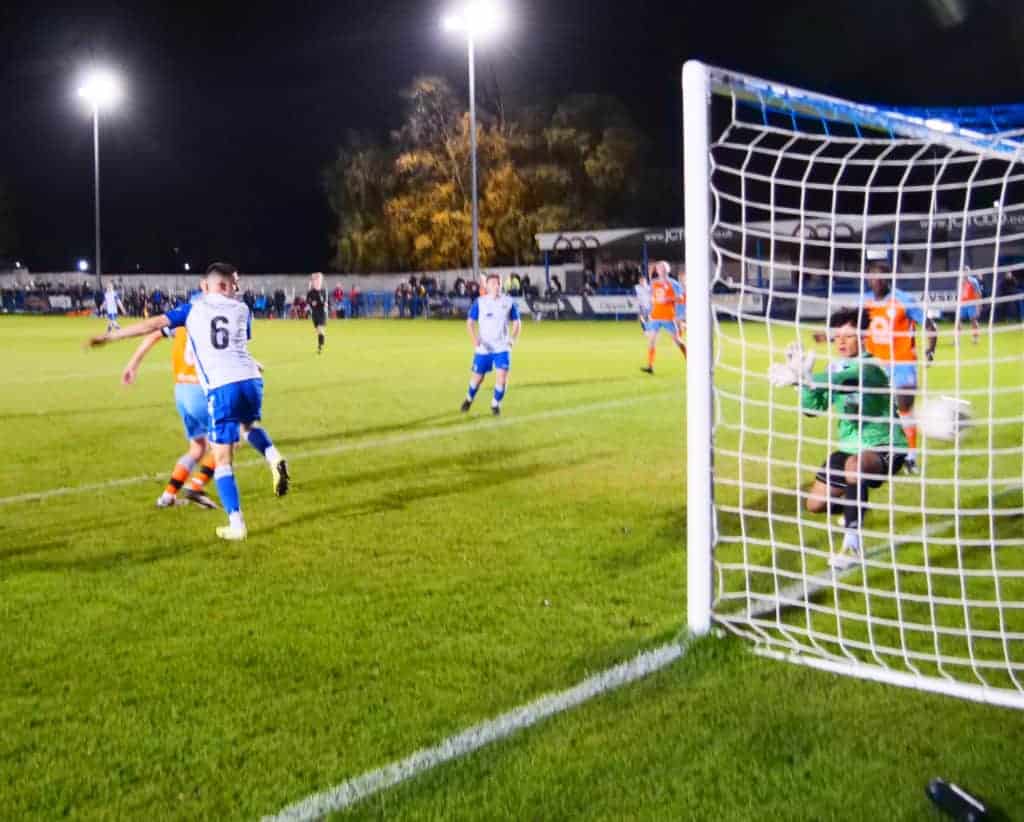 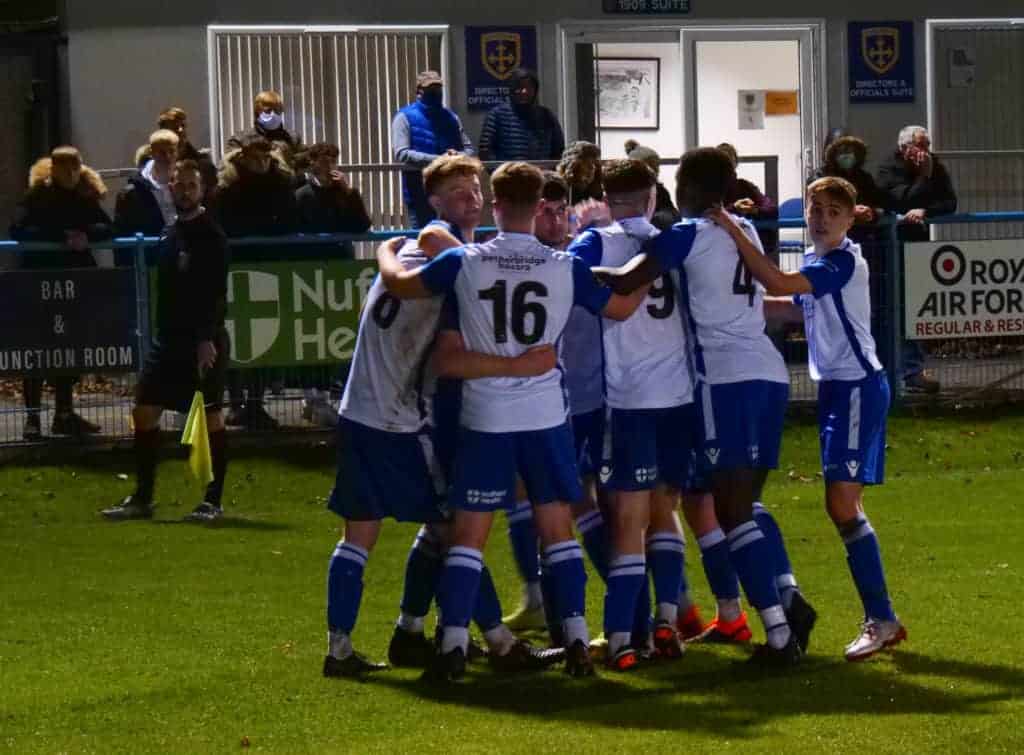 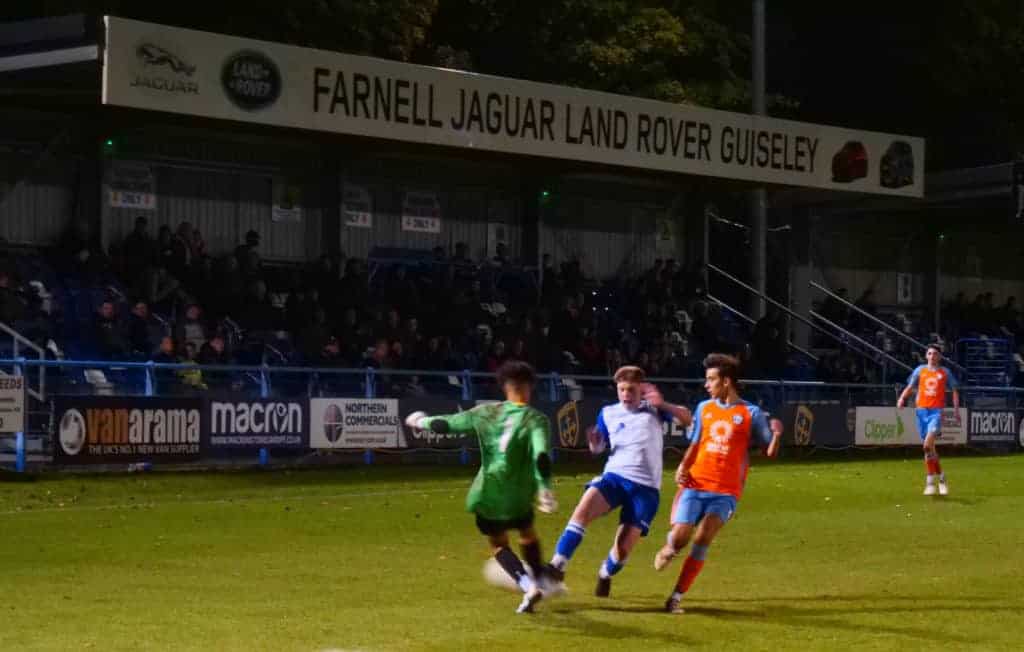 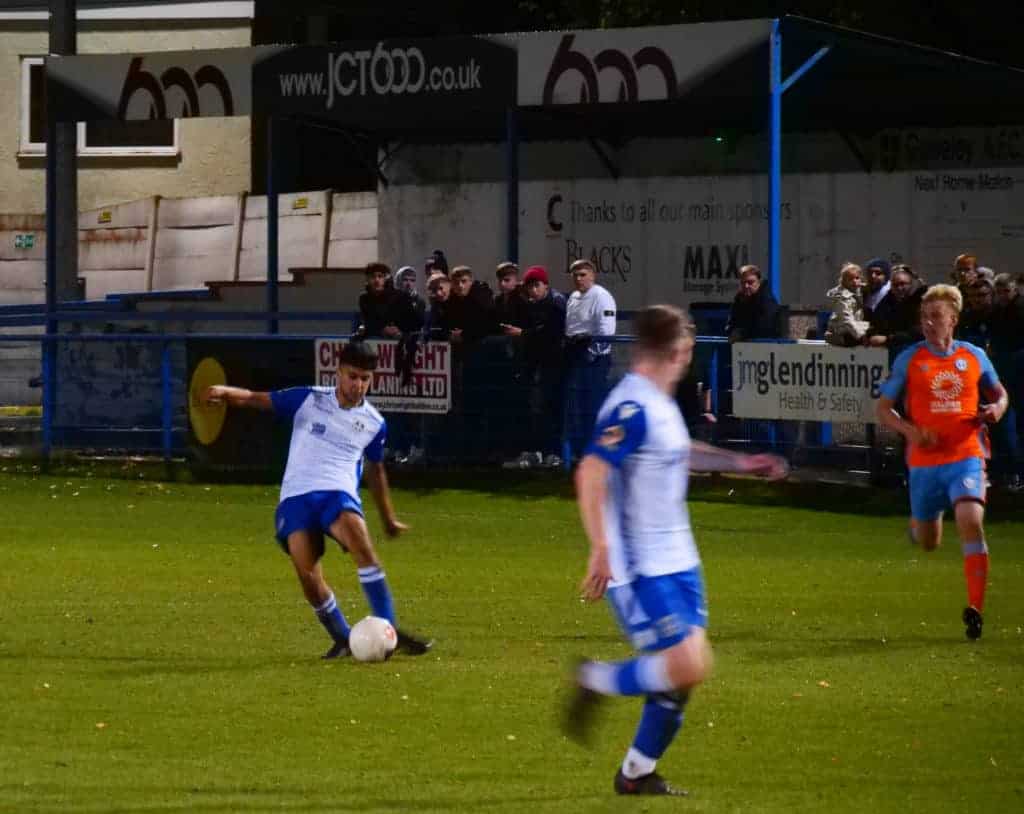 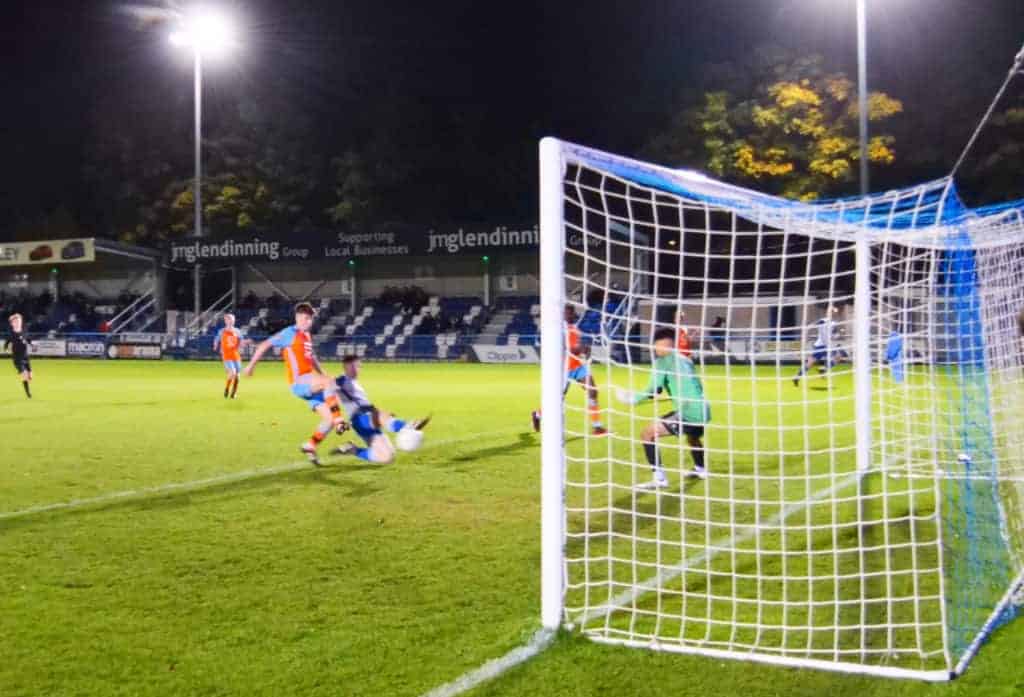 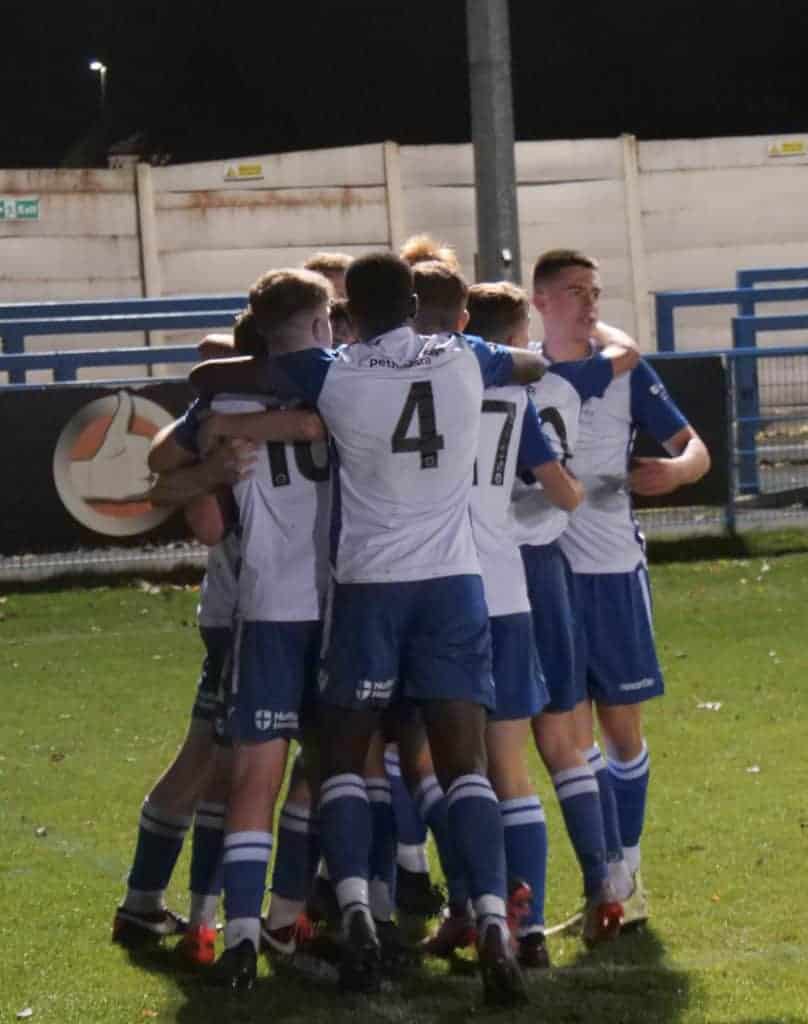