Trophy Action For The Lions 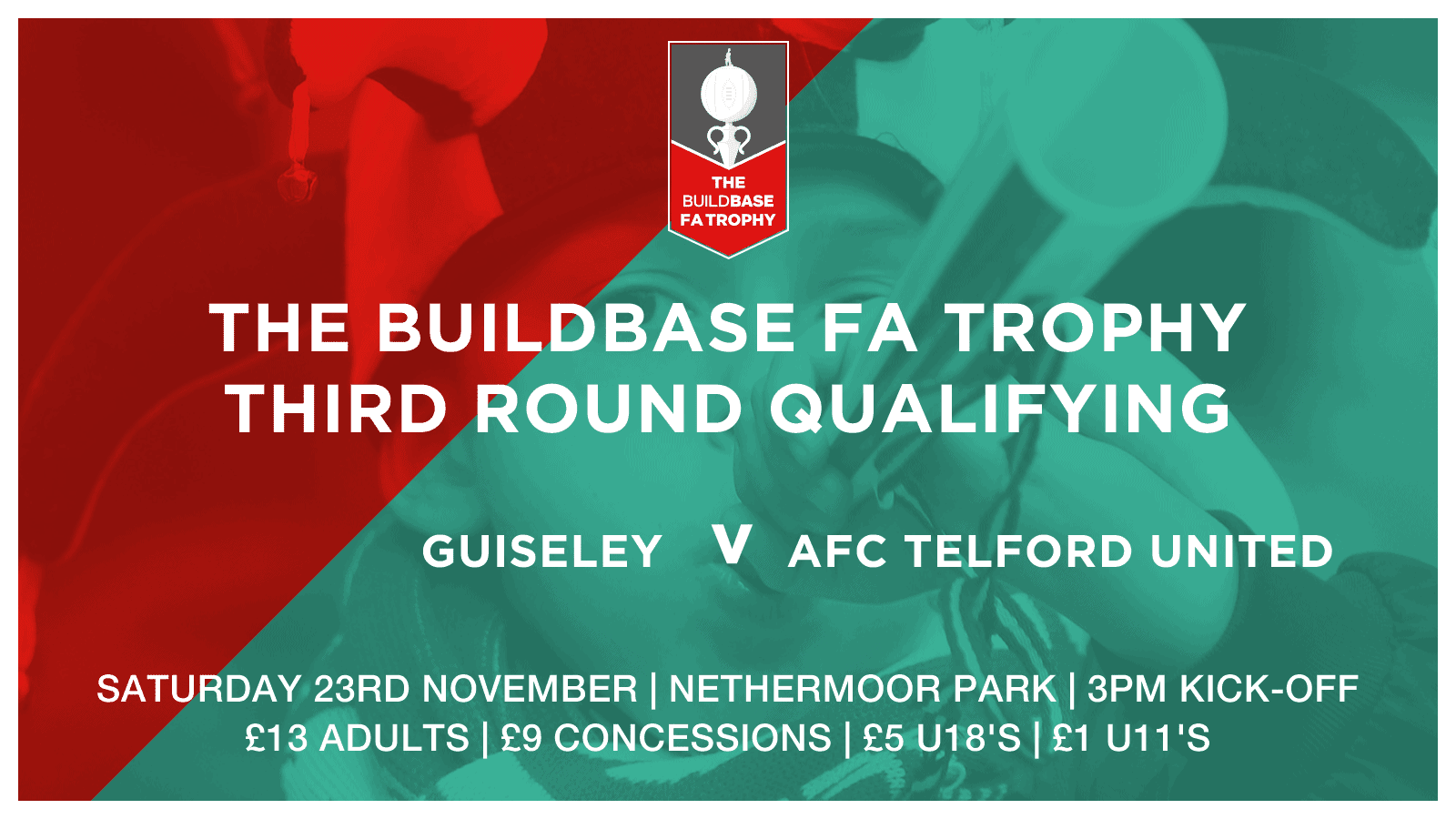 The Lions return to action on Saturday after a two week break with AFC Telford United the visitors in the Buildbase FA Trophy third round qualifying tie in a 3pm kick-off.

After an international break forced by a number of Kidderminster’s players being called up to feature for their countries The Lions have had time to move on from the 2-1 defeat to Kettering Town last time out.

Marcus Bignot and Russ O’Neill’s side will be looking for revenge on AFC Telford United who were comfortable 4-1 winners last month at the New Bucks Head in a Vanarama National League North fixture.

In the past two seasons The Lions have fallen out of the competition at the first hurdle with defeats to Lancaster City and Gateshead, the last Buildbase FA Trophy win came away at Chorley in December 2016.

The Lions go into the game on a mixed run of form with the last home win coming on 21st September in the Emirates FA Cup but with an away win at Gateshead following the defeat to the Bucks.

Telford meanwhile are without a win since our visit having lost to Boston United and Curzon Ashton in November and a 2-2 draw at home to Spennymoor Town last time out.

Following the defeat to Kettering Town last time out a frustrated Russ O’Neill said “We just didn’t look like ourselves, we did push late on for an equaliser and had we have got one it would have been harsh on Kettering, we weren’t right and deserved to get beat.”

Scott Garner will be assessed ahead of the fixture following a knock to the head which saw him substituted midway through the second half “Scott got a whack in the first half, he sat down at half-time and had double vision, in the second half he was still the same and the medical advice was he had to come off at that one.”

Reiss McNally also sat out the defeat following his injury at Telford and could be a fitness concern but Scott Smith is available after recovering from illness.

When asked about the two week break O’Neill said “The break hinders us, we are starting to get one or two players back and people want to play, people are playing for places and they might think they have a chance now. It is about what we do between now and the Buildbase FA Trophy to make sure we are right for it.”

Download and print our Nethermoor Next Four poster to promote our upcoming home games here.