Thornton Signs Up For Another Season 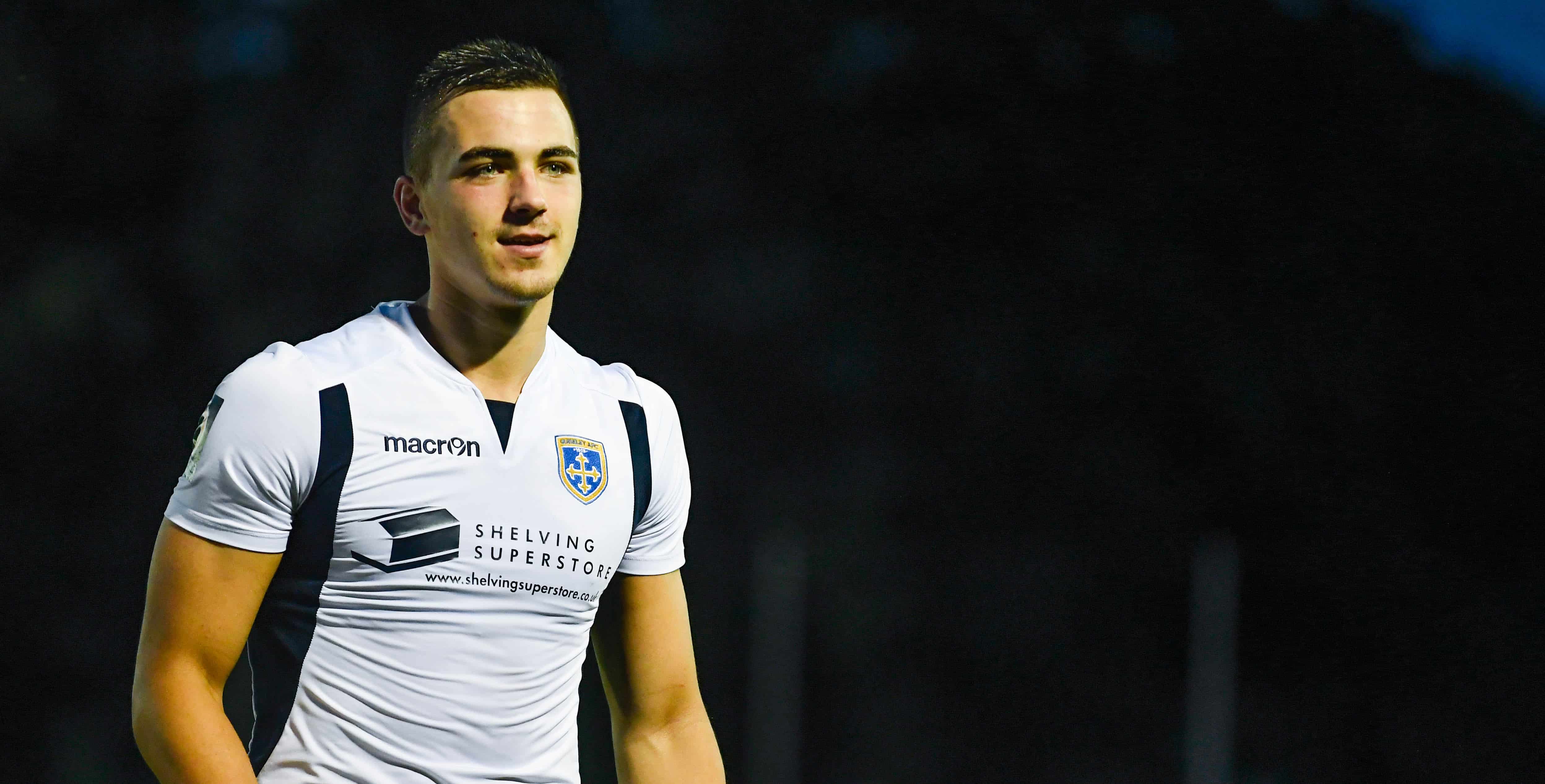 We are delighted to announce academy graduate Will Thornton, who became a regular member of the first team squad last season, has signed a new contract with the club.

Thornton joined the club’s Academy after representing the Wharfedale FA team which won the West Riding County FA Minor Cup. He made excellent progress with the Academy and played adult football out on loan with a number of clubs to gain experience, notably with Farsley Celtic.

The young prospect was named on the bench a number of times before making his National League debut for Guiseley as a substitute in 2016-17 at Boreham Wood.

Under the new management team of Russ O’Neill and Marcus Bignot Will was involved in the first team squad from the outset of the 2018-19 season and went on to make 26 starts and eight sub appearances and won the club’s first ever Young Player of the Year award.

Will said:”Obviously I am delighted to stay with the club. I have been at Guiseley for a while now having come through the Academy and I love it.

“On a personal note I want to keep improving. I will always give 100% for this club, I absolutely love it here and I want to continue learning and improving my performance.”

Join Will at Nethermoor next season with a 2019/20 Season Ticket.