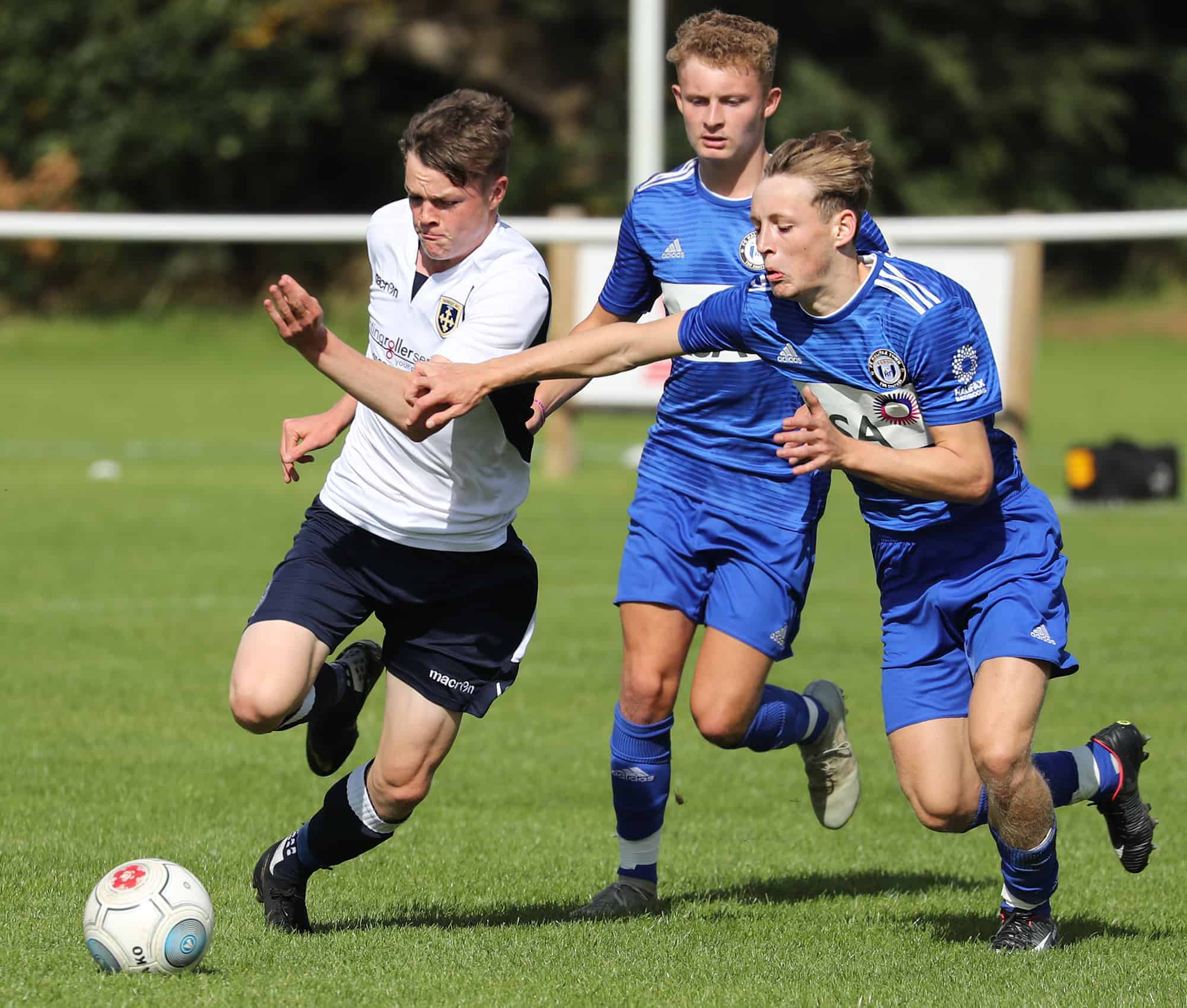 Guiseley gained a resounding 4-0 win over hosts FC Halifax Town as the sides opened their National League Football Academy North ‘super league’ season. After ‘keeper Louis Simpson was red carded Guiseley’s remaining players showed maturity beyond their years to push on for victory. Without a sub ‘keeper they utilised midfielder Nick Brayshaw and what confidence he exuded with a fine all-round performance which was the bedrock on which Guiseley’s win was based.

Guiseley rattled Halifax in the opening minutes, Josh Calvert’s corner hitting the side netting. A long shot was fired at the ‘keeper before Guiseley opened the scoring in the 7th minute, Adam Haw beating the ‘keeper from close range. Haw worked another chance with a shot on the turn as Halifax were kept on their toes.

With a slender lead it looked disastrous for Guiseley when Simpson got his marching orders but Guiseley remained calm and continued to break forward. Harry Wilkinson shot just wide before a good block at the other end by Calvert prevented Halifax from scoring. Brayshaw then blocked a shot on the line as Halifax built pressure just before the break.

Halifax came out for the second-half with renewed spirit but were soon quelled by the excellent play of a Guiseley side giving every last ounce of energy for the cause. Guiseley widened the gap to 2-0 when left-back Nathan Newall’s corner could only be helped into the net by a defender.

Guiseley brought on fresh legs to keep the pressure on and used all five possible subs with Dan Watson, Harry Rayner, Ben Darkins, Darwin King and Jake Charles coming on. It was one of those subs, Watson, who met a good ball into the box to head home with aplomb.

To emphasise their superiority Guiseley netted a fourth late in the game when Calvert made a good run before putting a good strike into the far corner of the net.

Youth team manager Dave Currie was delighted to start the season with 3 points against their local rivals. “To play the vast majority of the game with 10 men, not have a recognised keeper in goals and still come away with a 4-0 victory shows what this group is all about. They had to work doubly hard we had to change the game plan we had worked on prior to the game. Hopefully we can continue to develop but it’s very early days so we won’t get carried away as we have a long way to go until we have achieved anything as a group and as individuals.”