Squandered First Half Chances Prove Costly For The Lions 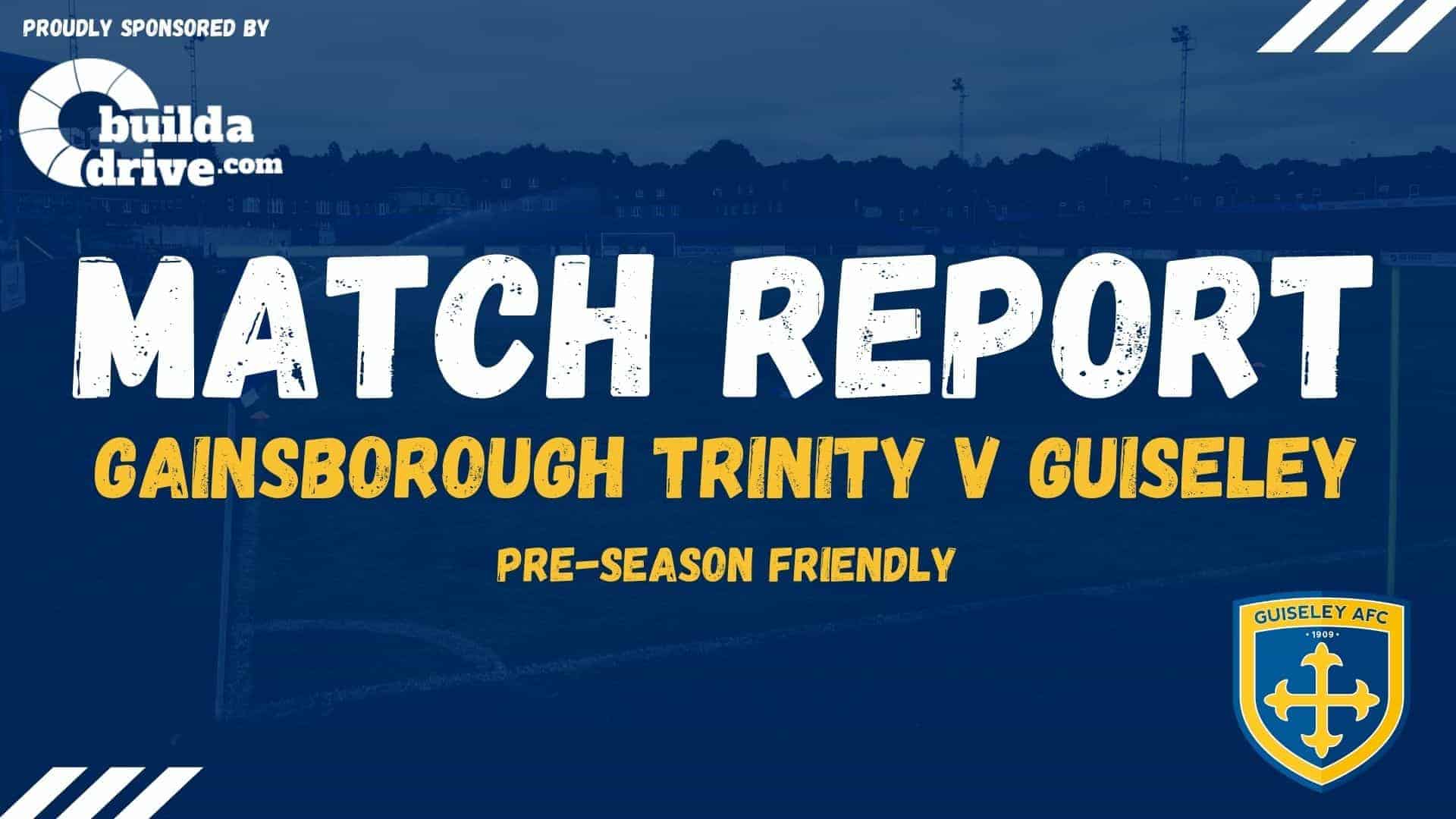 Gainsborough Trinity’s second half strikes saw the final away pre-season friendly end in defeat for The Lions, read more in our match report sponsored by BuildADrive.com.

Former Lion Curtis Morrison doubled Trinity’s advantage in the final minutes of the game after A.Trialist had given the hosts the lead 10 minutes into the second half in what was a humid afternoon in Lincolnshire.

The Lions had plenty to be positive about at half-time but Gainsborough looked a different side in the second 45 minutes and sealed the win to make it three defeats on the spin for Marcus Bignot and Russ O’Neill’s side.

Guiseley’s first chance fell to Adam Haw with the striker played in on goal but the Trialist keeper made a good save to deny the academy graduate from a narrowing angle, Jamie Spencer’s corner was then well dealt with by the Trinity defence.

A.Trialist wearing the number 7 shirt was linking up well with The Lions’ front line, after showing good skill he played in Haw but his low cross was cleared.

Lebrun Mbeka was playing in the right back position and was on throw in duty, his long throws were causing problems for the hosts. Jake Day just couldn’t get on the end of captain Hamza Bencherif’s knock down, the ball was partially cleared to Prince Ekpolo but his shot from the edge of the box went over.

Once again Trialist wearing number 7 found Day in the box on two occasions, first his cross from the right hand side was glanced wide by the big striker and another cross from deep was headed over by the number 9.

Bencherif was the next to see his efforts saved, first a shot on a rebound from a block was stopped and four minutes later his header was saved too.

The best chance of the half fell to Day, Trinity were passing the ball around at the back and lost possession with a loose pass, it fell to Day but he opted to shoot instead of playing in Haw who had an empty goal in front of him and the effort went wide.

Morrison was introduced at the break by Gainsborough manager Tom Shaw and his side started the second half strongly.

It took them 10 minutes to score as A.Trialist wearing the number 9 shirt from 20 yards out picked his spot and curled the ball into the bottom corner leaving Declan Lambton with no chance.

It sparked changes from The Lions including the introduction of Kaine Felix, he was on the pitch for just three minutes before Brad Nicholson found the forward with the perfect through ball but Felix couldn’t beat the Trialist keeper.

Morrison had a chance in the 75th minute after being played in on goal but his shot went wide, he only had to wait just over 10 minutes to score. After a mazy run he slotted through Lambton’s legs to seal the win for Gainsborough.

The Lions return to action on Tuesday night at Nethermoor Park for the sold out visit of Leeds United, kick-off is at 7:30pm.