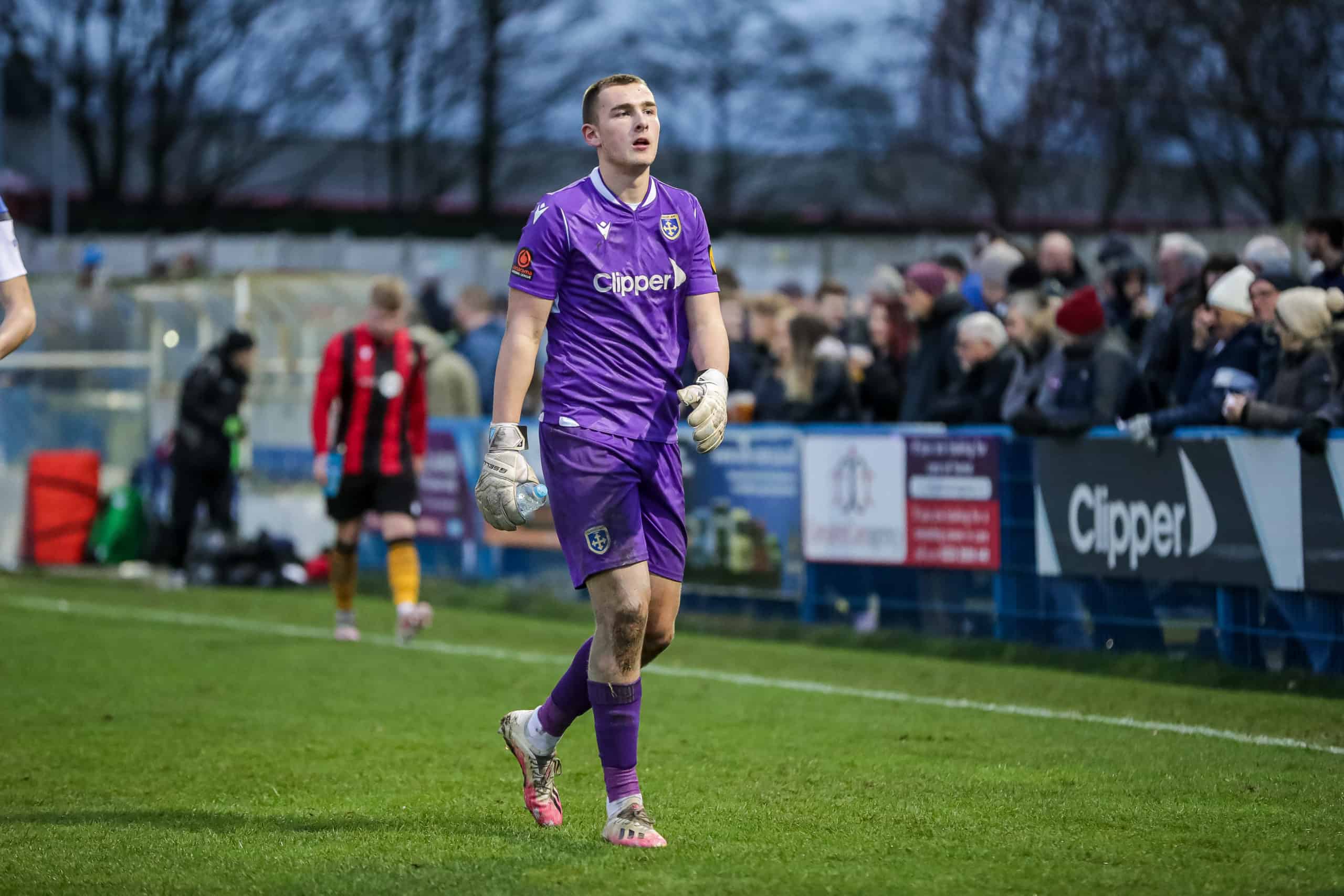 We are delighted to announce that Owen Mason’s loan from Mansfield Town has been extended for a further month.

The 17 year-old goalkeeper has signed an extension to his original loan deal and will now remain with us until 9th February 2022.

In his first month at the club Mason has made five appearances and kept two clean sheets, one on the road at AFC Telford United in a crucial 1-0 win and one at Nethermoor in a 0-0 draw with Farsley Celtic.

Owen has signed in time to feature in our Buildbase FA Trophy fourth round tie at Stourbridge tomorrow afternoon for what will be his first appearance in the competition.

During the second month of his loan move The Lions face crucial league games against AFC Fylde, Alfreton Town, Southport and Darlington.