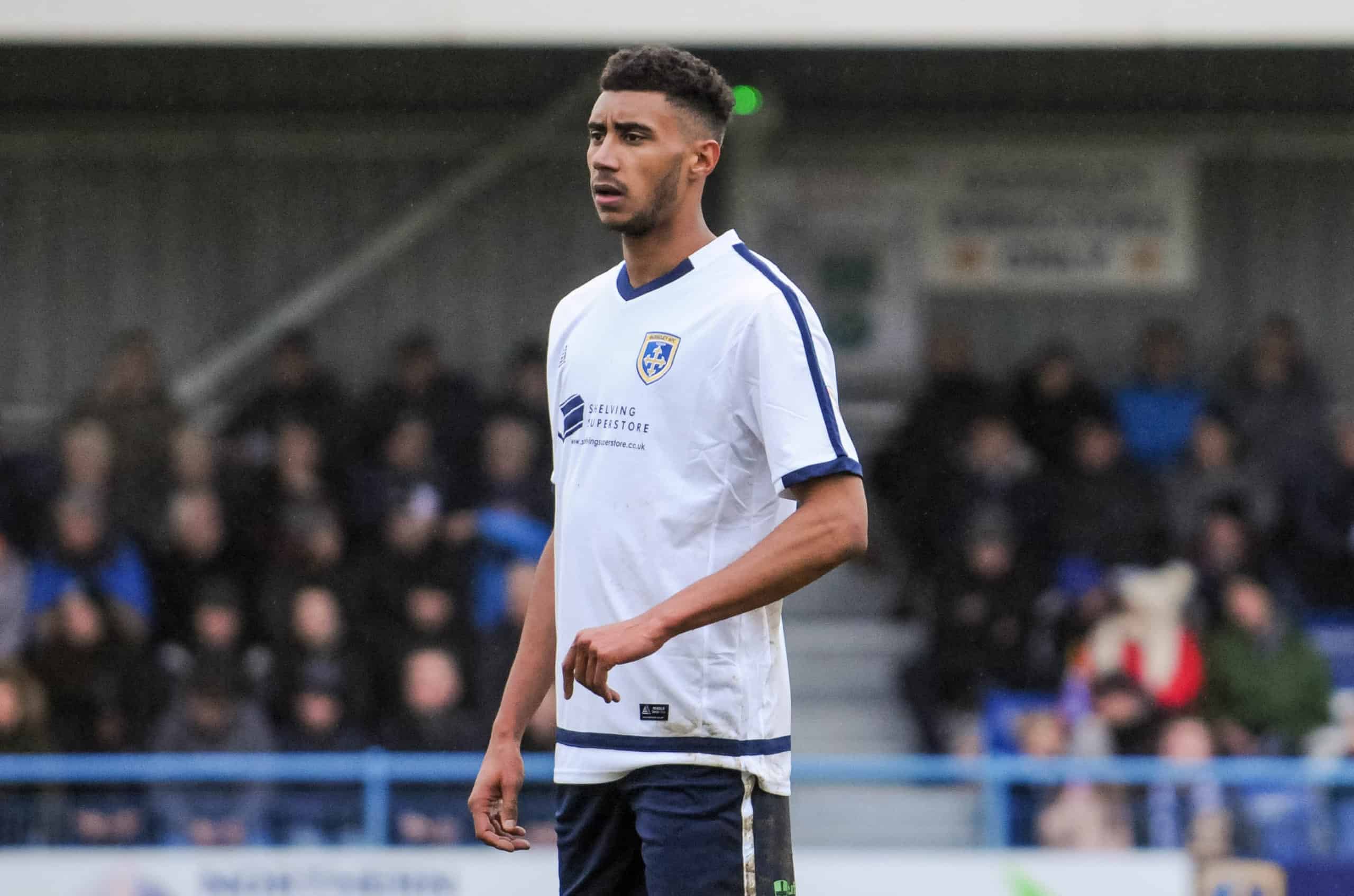 Simon Bullock spoke to former Lions defender Victor Nirennold about his interesting football career playing in multiple continents as well as his loan move to Nethermoor.

A: It was great, I really enjoyed it. That was where I learned English because I couldn’t speak it before it went. Playing there was a good experience, although the level wasn’t great, but it was a good time. I didn’t go there looking to play high level football and I wasn’t expecting anything, so I wasn’t disappointed. In my first year there, our team won the league and in the second year, we achieved the team’s highest ever finish. They were two great years.

Q: Was starting your career in the USA the way you were expecting it to start and did you fancy the challenge of taking a more unconventional route into the professional game?

A: My first professional contract came at Fleetwood Town, because my contract with Miami City was amateur. It was a great way to start my career, but an unconventional one for sure. I haven’t heard about many people who started as late as I did. I did it my way, it’s my own story and I’m happy about, proud of it and wouldn’t change anything about it. I have no regrets.

Q: You began your senior career with Miami City, what was your time there like, how good was the standard of football, were you looking to play in the MLS eventually?

A: Miami trained during the year, but only played in the summer, so they were a semi-professional team. My time there was nice and I was trained by two French former players. Éric Rabésandratana was a centre-back who used to play for PSG and used to play with Ronaldinho, and my other coach was Wagneau Eloi who was at Monaco with David Trezeguet and Thierry Henry. They helped a lot, made me realise that I could play professionally and I’m still in touch with them today. The standard of football was quite good because it was the best university players, plus a few professional players without a contract. I was looking to play in the MLS and my coaches were pushing for it to happen, but it didn’t and that’s alright because I’m happy with the career I’ve had so far.

Q: You were 24 when you made your debut for Miami, were you at all concerned that you were starting your senior career quite late and what was the reason for this?

A: When I was playing for Miami I didn’t really focus on my age because I was in a semi-professional league. I signed for Fleetwood so late because I never looked to play professionally. Maybe I never believed in myself enough, maybe I never looked for the opportunity. I have no idea! I think needed somebody to push me to make me realise I could do it. It’s probably a mix of all those things.

Q: From Miami, you then moved to Fleetwood Town. How did that move come about and was it a bit of a culture shock to go from the Sunshine State to the Lancashire coast?

A: I made a compilation video of myself playing for Miami and sent it to lots of agents. I sent about 300 emails and got about five answers back. I contacted anyone I could and one person referred me to an American agent who had contacts in England and he sent me there. I went on trial at Fleetwood for two weeks and we played three games in that period. One was against Preston North End, another against Celtic and a final one that I’ve forgotten, and I signed a two-year contract with them. It was definitely a culture shock. It was completely different to Miami and I realised this after I’d signed and I started to go outside a bit more, but Lancashire is a nice place.

Q: How different was playing in League One compared to the Premier Development League in the USA?

A: It’s absolutely two different worlds. Even if I compare League One to the other leagues I have played in, they are incomparable. For me, England was the highest standard and the other players are very good. On my first training session, I struggled so much. Everything was too quick and I was absolutely lost, but I made the adjustments and adapted eventually.

Q: What was the 2016/17 season like for you personally, playing regularly for Fleetwood, scoring a couple of goals and helping the side the come fourth in the division?

A: It was a great season and, although we lost in the play-off semi-final against Bradford City, I learned a lot from Uwe Rösler. I really thought we could have been promoted but it was a great season for me personally and for the club because was a really good finish in the table.

Q: The following season, you came to Guiseley on a short-term loan deal, and played in most of the remaining games that season, how did you come to sign for the club?

A: At the end of the previous season, I had signed a new 2-year deal with Fleetwood and at the beginning of the next season during pre-season, a big misunderstanding happened between me, the coach at the time and the technical director. I made the wrong choices and advised by the wrong people, (people who I don’t speak to anymore) and I got sent to the development squad for six months. I didn’t play or train with the first team for a long time. It was quite difficult and the situation could have been dealt with way better from both ends. I should have tried to get a move at that time, but I didn’t, so what happened was in the January transfer window I had a few offers from clubs in England, but I stayed at Fleetwood. My situation at the club didn’t change, so I could only go on loan to non-league clubs and that’s when the offer from Guiseley came, so I took that.

Q: Although the season ended in relegation, do you have any favourite memories from time at Guiseley?

A: I’m still gutted about the relegation because I met great people and great fans there. The club didn’t deserve to go down at all. When I signed there the situation was already written but I had a great time there. My favourite memory of my time at Guiseley is the win away at Torquay United. It was difficult, it was a long journey to get there and the game got called off because of rain, so we had to stay one more night in a hotel. We had a man sent off after a few minutes and I played centre-back for the entire game. We won 4-3 and there was a group of fans who had travelled all that way, so we celebrated with them and gave them our shirts. It was a great, great, great moment.

Q: Then, after leaving Fleetwood, you spent a season at FK Senica in Slovakia. How was playing in Eastern Europe, and were you looking to move to a different country or would you have preferred to continue playing in England?

A: After my time with Fleetwood and Guiseley, I got several offers from clubs in England but I didn’t feel like staying any longer. Joey Barton came in at Fleetwood, but I didn’t feel part of the new project at the club, so I signed for FK Senica. When I saw their project, everything was appealing and looked great, but after a few months, in December, they were two months late paying wages. That’s the good thing about playing in England; everything is very professional, clear and there are no problems, but at Senica every day I would wake up, knock at the door and ask for my salary. There were too many problems outside of football and too much stress. It wasn’t worth it, so I asked to cancel my contract because I didn’t like not having my salary paid on time.

Q: The season after, you signed for SHB Đà Nẵng in Vietnam. What was it like to play over there? how did the transfer come about? What about playing in Asia was appealing to you?

A: After those six months in Slovakia, I went to Đà Nẵng in Vietnam. It was planned with my wife because we had said for a long time that we want to live in Asia, so when playing in Slovakia didn’t work out, I realised it was time to move to Asia. It was very nice to play there and wasn’t bad at all. It wasn’t at League One level but was definitely better than the Slovakian league. There were very good, technical players, but it wasn’t very physical. I enjoyed making the move to Asia.

Q: This season you were playing for UiTM FC in nearby Malaysia. What is football in Malaysia like and how different is it compared to playing in the National League for Guiseley?

A: When I was in Vietnam, me and my wife went on holiday to Malaysia, and we fell in love with Kuala Lumpur. That’s where we wanted to live next, so I did my best to get an offer from a Malaysian club, and I got one from a club based in Kuala Lumpur so that was great. We’ve been here now for six months and unfortunately the season has stopped, but the club are still paying full salaries and taking care of the players. Comparing English football and any other football in the world is impossible. Football in England is so different. Abroad, there are fewer long balls and teams try to play out from the back more, particularly in Asia. They overplay most of the time and often end up conceding stupid goals. The strikers are very different as well because in Asia there are almost no target-men at all. What I will say, is that League One was the most difficult league I have played in, for sure, but apart from that, comparing the two is so difficult.

Q: Finally, what’s next for Victor Nirennold? Would you like to settle in the Far East for a bit longer or would you like to continue travelling the world and playing football at the same time?

A: I would like to stay in Malaysia. I have found a great place and my family loves it here. It is football though, and you can never plan anything, so I will see what happens next.

We would like to thank Victor for taking the time out to do the interview and wish him the best of luck for the future.