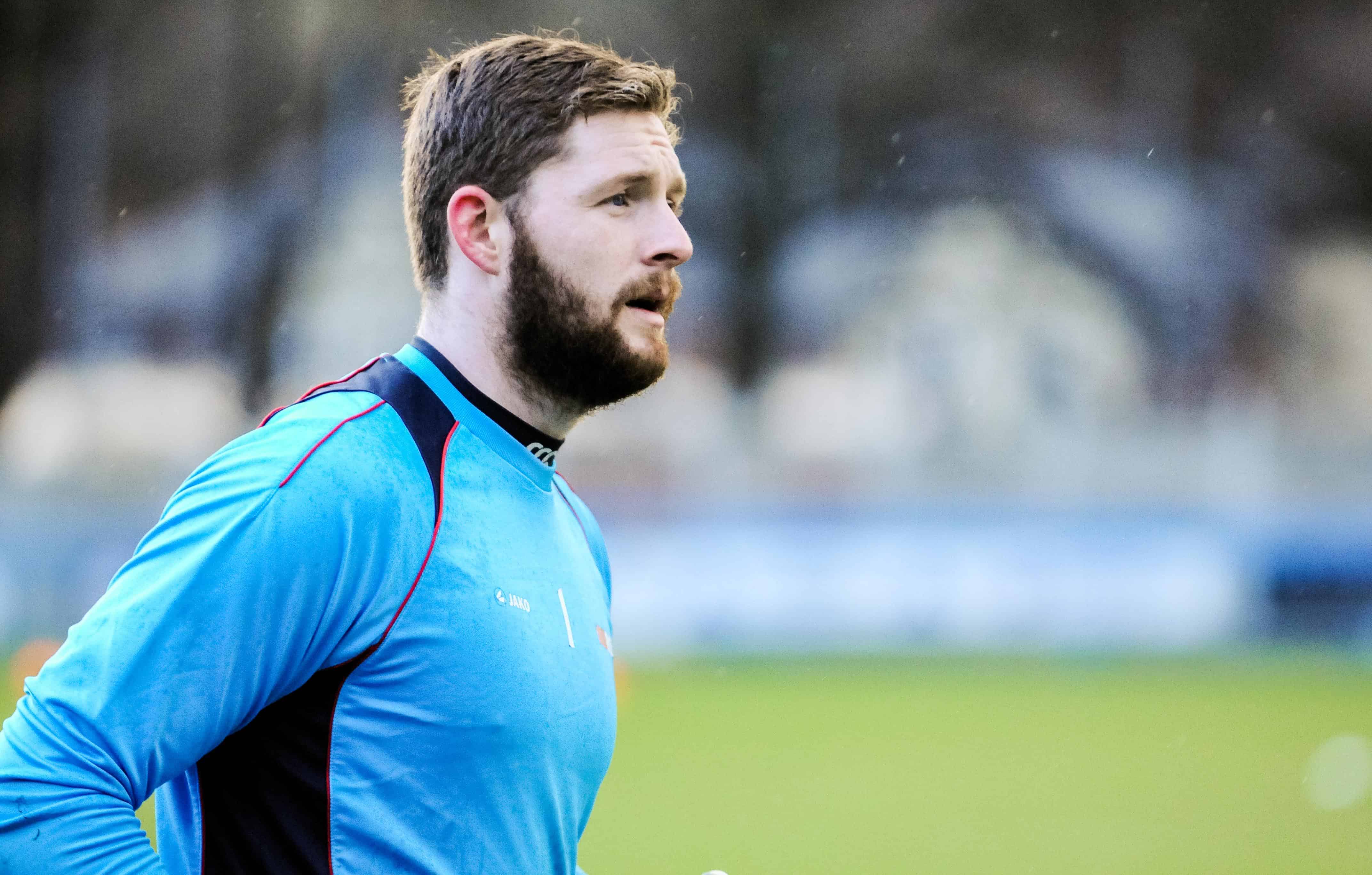 Last week Simon Bullock sat down with ex-Guiseley and current Exeter City goalkeeper Jonny Maxted to discuss his time in football so far, including his memorable 14-month stint at Nethermoor and where his career has taken him since.

Q: Starting at the beginning of your career, you began at Doncaster Rovers age 15 then were on the bench for a first team match at the age of 16. What was that experience like being so young?

A: It was very nerve-wracking. Being involved with the first team at such a young age matured me quickly. I saw things differently when I first got the call up to the seniors.

Q: After moving on from Doncaster you spent a year at Hartlepool United before joining Forest Green Rovers where you impressed, making 20 appearances for the club. How much did you enjoy your time down there getting regular first team football for the first time in your career?

A: I loved my time there, because I was playing my first senior football and they gave me a helping hand in getting to where I am now. I had to make the move down to Gloucester which was a big step for me to move down there on my own.

Q: You were signed by Adam Lockwood right at the start of his reign as manager. How did the original move on loan from Forest Green come about?

A: I was with Locky when I was with Doncaster so there was a link there and I was injured the season before when I broke my metatarsal. It was a bad injury for me and I needed game time. A new manager had come in and he offered the chance to play regular games. I needed to get back out there playing football. Locky had just come in and he helped me out massively by bringing me to Guiseley and signing me on loan, getting me playing again and we stayed up that season which was fantastic for the club and for me personally.

Q: Your uncle Paul Maxted used to play for Guiseley and played in the 1991 FA Vase final and the replay at Wembley and Bramall Lane respectively. Was your Uncle’s history with the club an influencing factor in you joining Guiseley?

A: Yes, it was. Obviously, it’s a big link into the family with my Uncle Paul playing for Guiseley in the past. When I said to him “I’m off to Guiseley”, he was chuffed for me, he was over the moon. He said to me what a fantastic club it is and the fans are brilliant. When I came into the club, I felt I had to prove that I was better than my Uncle Paul.

Q: You signed on a permanent basis in November 2016. What was your first season at the club like and in particular, although you weren’t a part of the squad vs Solihull on the final game of the season, I’m guessing you were watching that day and in the dressing room afterwards?

A: It was massive for the club as I say. It was a great feeling, an absolutely tremendous feeling. The week before the final day, we drew against Bromley and I picked up an injury. I had a fitness test on the morning of the Solihull game which I didn’t pass. I was gutted that I couldn’t play but Dan Atkinson came in and played his part in helping us stay up.

Q: The season after, the club made history by reaching the FA Cup second round for the first time in its history and you made a string of outstanding saves that night as well as saving two penalties in the shootout. Where does that night rank amongst your best matches in football?

A: It’s up there with one of the best. That’s what got me my move to Accrington but making history with Guiseley was the biggest thing for me. We’d done so well to get to the second round and it’s a shame really because with the Mansfield game, we didn’t play as well as we could’ve done. It was unfortunate, but to be a part of the club’s best FA Cup run ever was brilliant.

Q: Two months later you joined that Accrington Stanley side who later went on to win League Two, the same season Guiseley went on finish bottom of the National League. Was that a bittersweet feeling?

A: It was, yes. Since I got the move back into the Football League, I have looked out for Guiseley’s results ever since and when I saw that they had been relegated it wasn’t a nice feeling but personally, I also got promoted into League One which was a really good feeling, so like I say it was bittersweet. I still want Guiseley to do well every weekend and they’ve had a decent season so far.

Q: Last season you played 19 times in League One, as Accrington secured a mid-table finish. What was it like going from playing in front of relatively small crowds at Nethermoor to in particular 29,000 people when Accrington travelled to Sunderland?

A: It’s a massive difference. From the National League to League Two, they’re both very similar leagues but making the step up to League One was completely different. It was quicker, teams keep the ball more and the overall standard is better. The difference in fanbases was the biggest step up but being involved with the first team at such a young age when I was at Doncaster set me up to be composed in front of lots of fans. You have to know what to do in front of large crowds and especially away at Sunderland you couldn’t even hear yourself think. You were shouting as loud as you could to your defence and the fans would just drown you out, so yes it was a big change.

Q: When playing for Accrington you frequently returned to Guiseley on matchdays. When you left the club did you always look forward to returning back to the club to watch as a supporter?

A: Yes, of course. It’s a great club, I really enjoyed my time there. The fans were brilliant and I was well looked after. It will always be a special place for me and I always enjoyed going back to watch the team and mingle with the fans because at the end of the day they supported me so well, I felt it was right that I return the favour and I will always come back to support the club.

Q: In the summer you signed for Exeter City. Being born up north as well as spending most of your career in Yorkshire and Lancashire, how are you finding living so far down south?

A: It’s a lovely, really nice place down here. Everyone said to me that down south isn’t the nicest place to go but it’s actually great. I’ve moved away before and I know what it’s about but all I can say is that I’m loving it in Exeter.

Q: It’s been a good start to the season for Exeter sitting fifth in League 2 and the club have been at the top end of the table for a few years now. Do you think this is the year that promotion can be achieved?

A: Yes, I think it is. We’re doing really well. We’ve had a few results go against us recently but the performances that the lads are putting in are great. They’re a good bunch of lads and I think we could get promotion this year.

Q: And finally, would you ever consider returning to play for Guiseley further down the line in your career?

A: Yes, of course. It’s a club that is really close to me and I’d never rule out a move back to Guiseley later on in my career.

We’d like to thank Jonny for taking the time out for this interview and wish him the best of luck for the rest of the season.