Another hat-trick from Aaron Martin eventually ensured a comfortable win for Guiseley against a Hereford side that had not played for two weeks due to international call-ups. Those two weeks have given new Bulls manager Russell Slade time to assess his squad but the Bulls performace this afternoon will have shown him the size of the task that lies ahead.

In a scrappy first half punctuated by a flurry of stoppages, primarily from the visitors as they did everything they could to disrupt Guiseley’s flow, it was another goal from Aaron Martin that separated the two teams at the break.

The goal came in the ninth minute when having hassled Jared Hodgkiss off the ball way out on the left, Martin delivered a chip over Brandon Hall into the far corner.

Dylan Barkers and Aram Soleman both went close to doubling the hosts’ lead, Hall collecting the former’s shot at the second attempt while the latter’s shot on the stroke of halftime was cleared off the line by a defender. 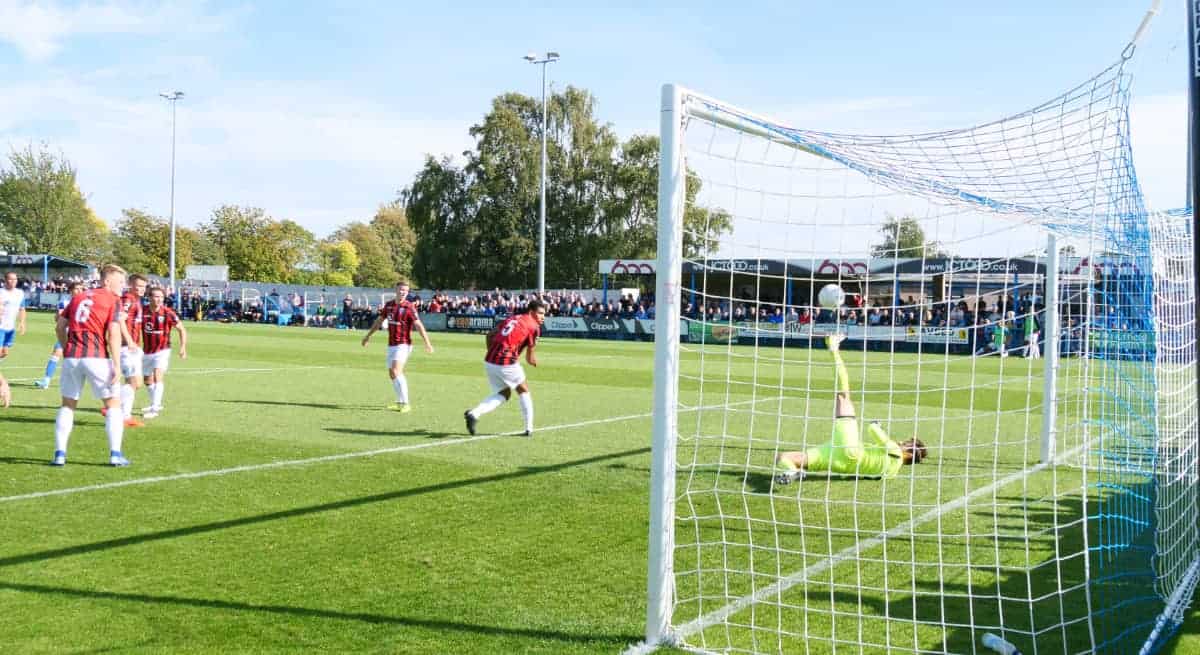 The sole reply coming from Reece Styche who whipped a cross into the six-yard box that was met by the head of Jordan Cullinane-Liburd but his effort flashed narrowly wide.

The second period saw the visitors finally try and play some football and although they had plenty of possession, they hardly troubled the Lions’ defence and the longer the game went on it looked as though a second goal would settle the encounter.

Martin almost got that second but this time his lob over Hall went just the wrong side of the upright.

When the goal finally came it was as the result of a judicious substitution that saw Gabriel Johnson replace Barkers who had picked up a knock in the first half.

In a moment that typified this team’s never-say-die attitude, Johnson chased down what looked like a lost cause on the right flank, kept the ball in play and then wrestled it from Jack Bodenham before unleashing a shot from an acute angle that Hall did well to parry, however,  Martin was on hand to steer the ball into the bottom corner for his and the Lions’ second. 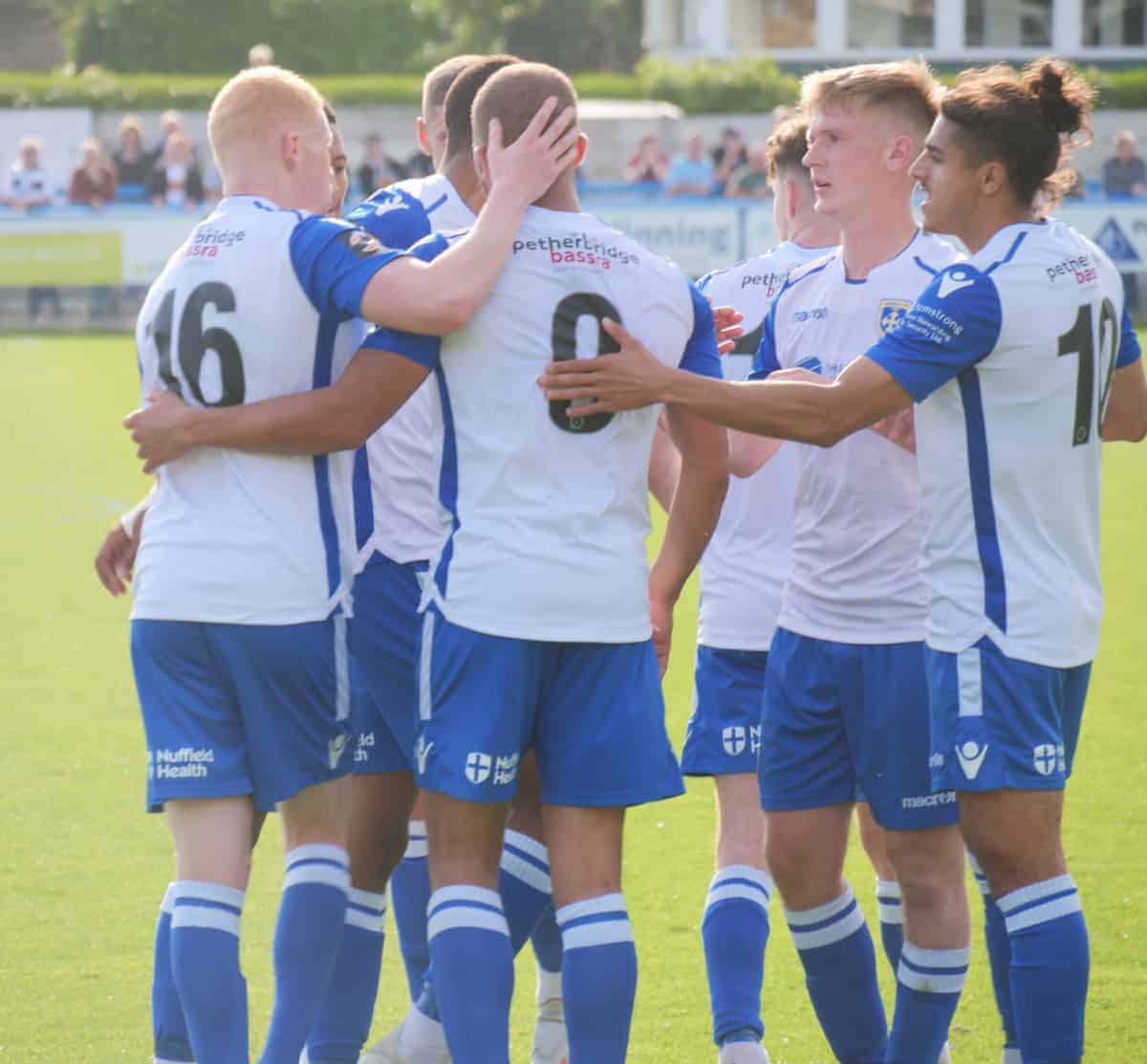 Minutes later Guiseley were awarded a corner and as it was floated in referee Sam Mulhall pointed straight to the spot having seen Johnson being pulled back by Cullinane-Liburd.

Martin stepped up to dispatch the penalty and complete his hat trick in the process with his fourteenth goal of the season.