Lions Return To Nethermoor With Visit From Chester 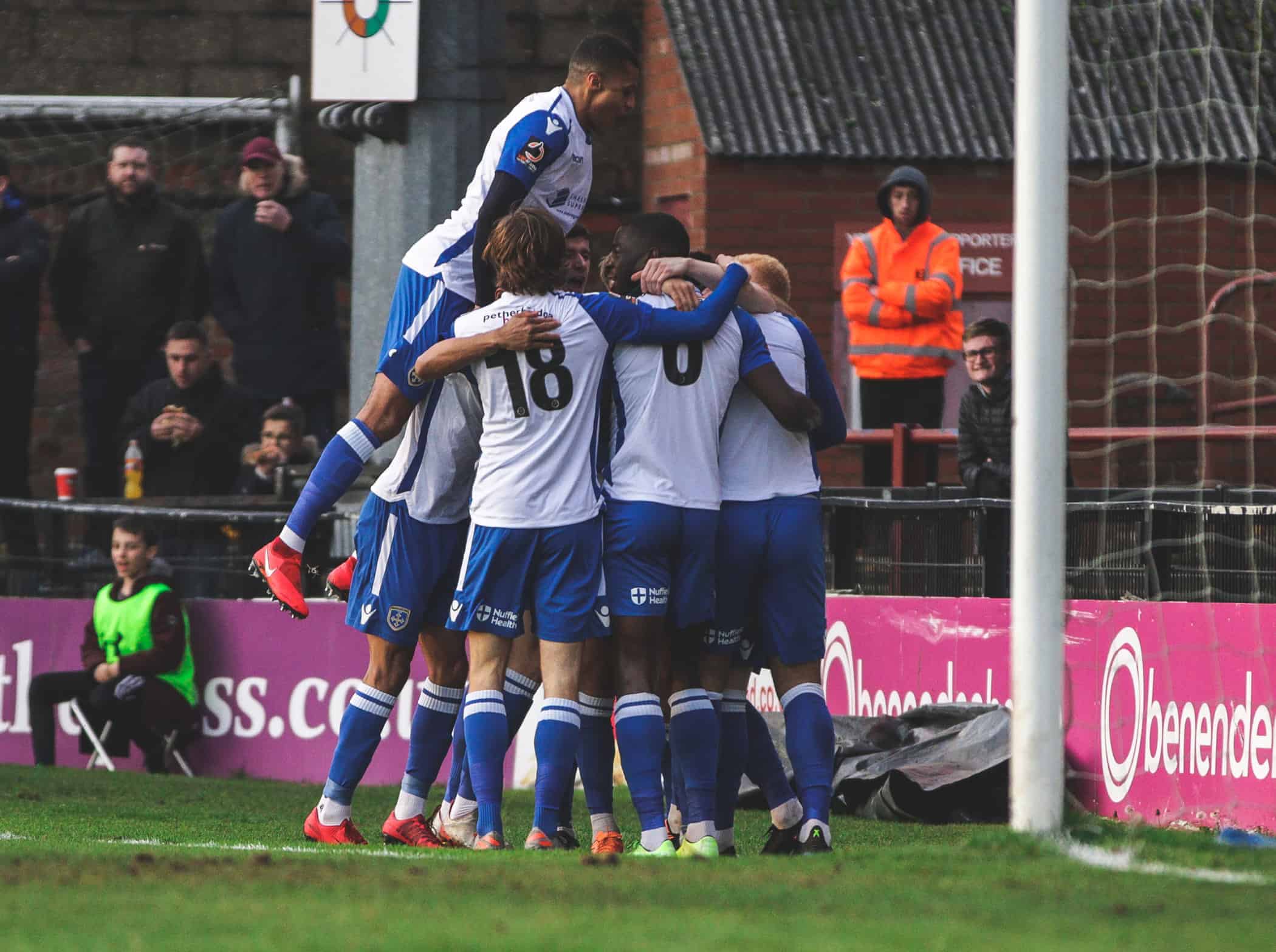 The Lions are back at Nethermoor on Saturday for the first time this year with Chester this visitors for a 3pm kick-off.

Segregation is in place for this fixture with visiting supporters allocated the Railway End of the ground and the second seated stand with entry via turnstiles 5-8. Tickets are available to purchase online for home fans here and away fans here.

It was an excellent festive period for Russ O’Neill and Marcus Bignot’s side picking up nine points out of nine with two wins over Farsley Celtic with a victory at York City’s Bootham Crescent sandwiched in between.

Chris Sang struck two goals in two games against Farsley and is set for just his second home game after making his Nethermoor bow in the Boxing Day win over Farsley, a game which saw his stunning strike set us on the way to a first victory in LS20 since September. He then bagged the only goal of the game at The Citadel to start 2020 in style.

The Lions are undefeated in four with a stalemate at Hereford starting the run on 21st December which has put us in eighth just one place and two points outside the playoffs in the Vanarama National League North.

Scott Garner is back available for selection following the end of his suspension but he may find it hard to break into the side which has conceded just one goal in the last four games, Aaron Martin and Jamie Spencer are likely to remain out through injury.

3rd placed Chester also enjoyed a derby double toppling Southport twice over the festive fixtures, a 3-1 win at The Pure Stadium was followed by a 4-0 victory on New Year’s Day at home.

They’re six points behind York in second place but do have a game in hand on The Minstermen who they face at the beginning of February but Brackley Town are breathing heavily down their necks just one point behind in fourth place.

Former Lion loanee Anthony Dudley could start in attack for The Blues as Marcus Bignot comes up against his previous employers on Saturday.

Speaking after the New Year’s Day win at Farsley Celtic Joint Manager Marcus Bignot said “It has been a super end to last year and an excellent start to the new year, I think we have got the bragging rights now haven’t we over our local rivals? Every Guiseley fan can be looking forward to this new year with a lot of optimism with this young group.”

“I knew today’s game would be a different game, this was probably our achilles heal in terms of the way they play and what they bring, it exploits a lot of our weaknesses and nullifies our strengths, we are learning, growing and we have come through it, this was a massive test today, to come away and beat them, keep clean sheets and overcome them it was an excellent performance.”

“We couldn’t play our game because the pitch was a leveller, we had to go toe to toe with them and we did that. This young group has found a way to win football matches and I am absolutely delighted for them.”

The Lions’ goal at The Citadel came from a Brad Nicholson long throw which found Sang at the far post and Bignot was delighted to see something they had worked hard on in training came to fruition “We spoke about how important throws would be, we put a lot of detail into our set pieces, it possess a mentality to get to our physical max and that can overwhelm teams.”

“We have found a way now with three clean sheets and four unbeaten, we looked at the goals conceded and it was a stat we were not happy with and it needed addressing. Defending starts from the front with the effort that Chris Sang, Kaine Felix and Lee Shaw are putting in.”

Looking ahead to the visit of his former club Marcus added “They are all tests in different ways, at this moment in time the boys are coming up trumps and we look forward to it, there is a lot of optimism with a lot of potential of where this group can go not only individually. We are two points off it now and we have a game in hand on a couple above us, we want an exciting second half to the season for the supporters who have had a lot of disappointment, we want to give them a team and a squad they can be proud of and every supporter can be proud of what these players are putting out there at the moment.”

The Supporters’ Club Christmas Cash Draw takes place at 6pm on Saturday in the clubhouse with tickets still available to purchase from their desk, more details of how you could be in with a chance of winning three big cash prizes are here. 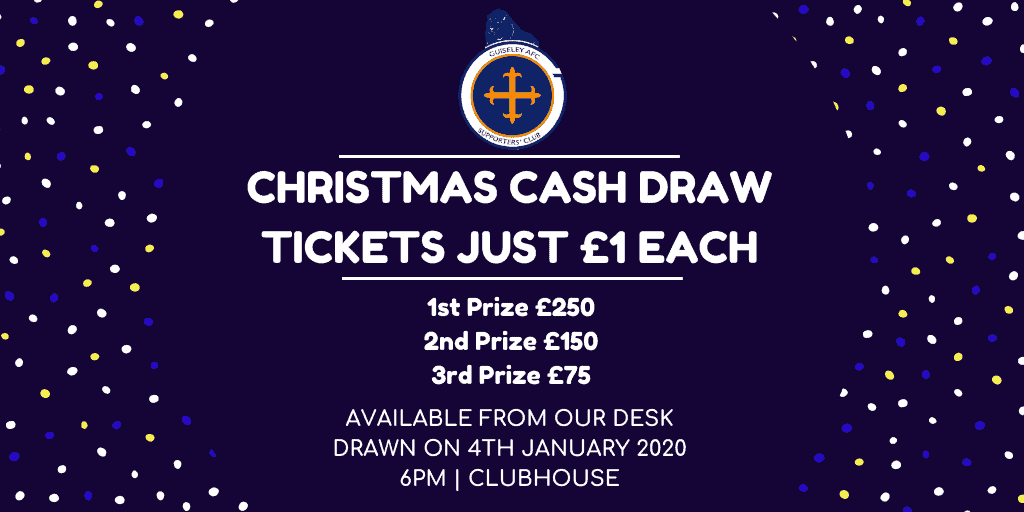