Lions Learning Ahead Of Hereford Match 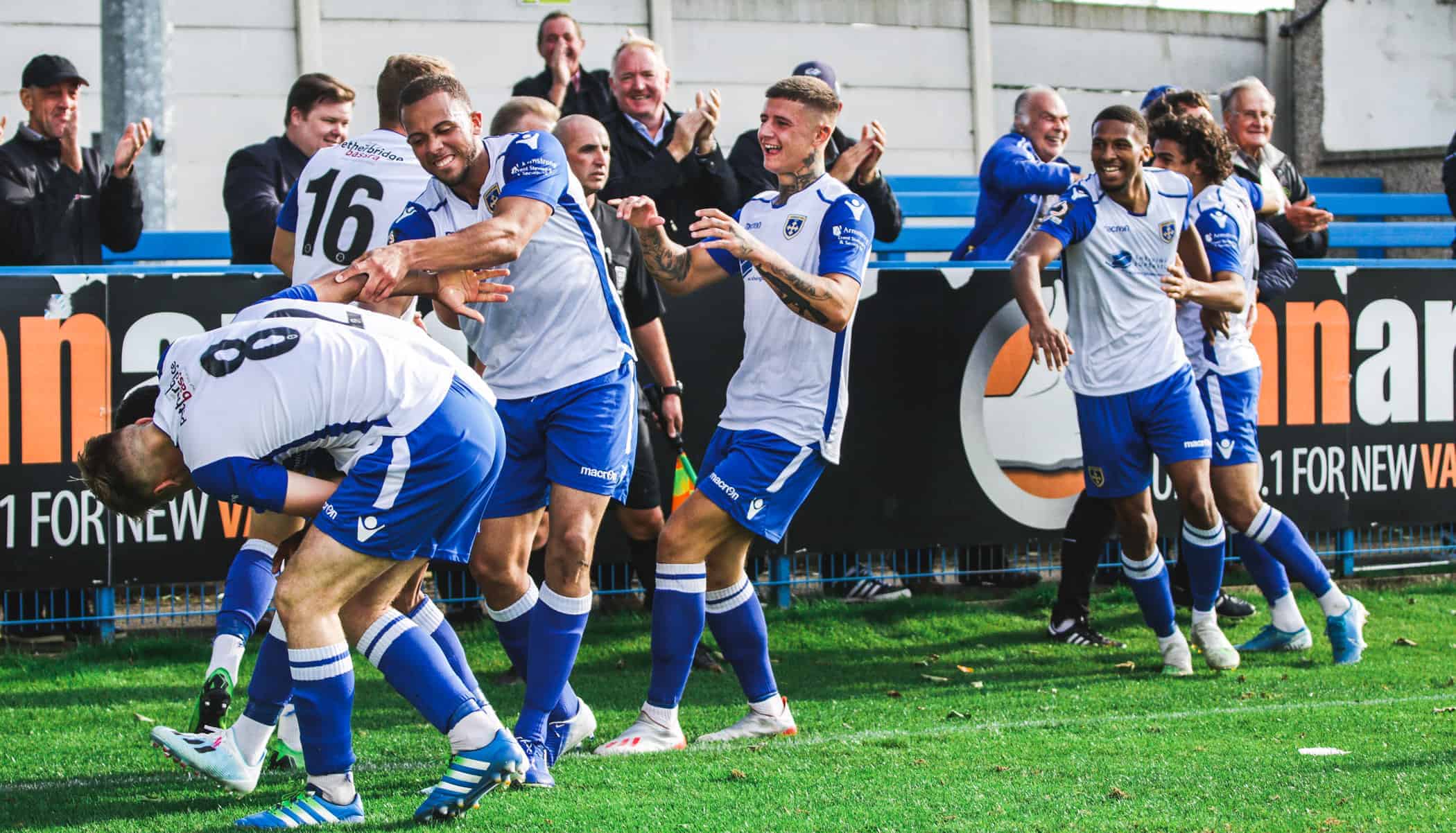 Russ O’Neill wants his Lions side to learn from the defeat to Chester ahead of Saturday’s visit of Hereford to Nethermoor with kick-off at 3pm.

Segregation is in place for this one with Hereford fans entering via turnstiles 5-8 and having access to the second seated stand at the uncovered Railway End of the ground.

Tickets can be purchased at the turnstiles as normal or online in advance for home fans here and away fans here.

Defeat at the Deva Stadium came after an early goal was conceded by The Lions, similar to last month’s trip to Southport but an improved second half performance nearly saw a point heading back to West Yorkshire.

Last Tuesday’s 0-0 draw against York City looked to have used a lot of energy from the side, Aaron Martin bagged his 11th of the season with a second half header to make the final ten minutes interesting.

The defeat moved us down a place in the table to fifth but just six points off 1st placed King’s Lynn Town, the league leaders are unbeaten since the opening day clash at Nethermoor.

Hereford were without a game last weekend after international call ups meant their games against Leamington and Gateshead were postponed, it will be new boss Russell Slade’s second game in charge of his side.

With three wins, three draws and two defeats behind them The Bulls sit 15th in the table and name former Lion Rowan Liburd in their squad, the striker scored his first goal for St Kitts and Nevis in their 2-2 draw with French Guiana at the weekend.

Speaking after Saturday’s game at Chester Joint Manager Russ O’Neill said “We didn’t deserve to get anything out of the game, we knew what we were going to expect before the game and frustratingly Chester have not had to work for their win, it has been too easy for them. They have not played against the Guiseley who played in the first nine games, whether it was fatigue from Tuesday or not I do not want to make excuses.”

The Bulls have the upper hand in the previous fixtures with a 1-0 win at Edgar Street after a 1-1 draw at Nethermoor on a freezing cold night.

Speaking about the squad and the current position O’Neill said “There is going to be bumps in the road, everyone in the dressing room is frustrated, having said that we’re ten games into the season and in the top five having played all of the four teams above us, we just haven’t done ourselves justice today. It is just a day we have got to learn from, we showed our naivety at times and lost our discipline, it was a similar game to Southport and Alfreton, these are the ones we need to improve on.”

After our previous two defeats Marcus and Russ have looked for a reaction from their side and that is exactly what they have got, a 3-1 win at home to Spennymoor followed the loss at Southport whilst a 4-1 win at Blyth on Bank Holiday Monday ended the extended weekend on a high note following the defeat at Nethermoor against Alfreton Town.

August’s Player of the Month added another trademark header to his tally and O’Neill admitted Aaron Martin didn’t quite reach the heights of previous games “Aaron will be the first one to admit that physically he looked off it but he has scored 11 in 10 games, he has got his opportunity today and scored again, you cannot get away from the goals that he is scoring.” The header was powered home and gave hope to the visitors but it was Lloyd Allinson who kept his side in it at the other end with two fine saves.

Russ also had a note for the travelling supporters who turned up in their numbers and backed the lads throughout “We could hear them all the way through, we made a point to go over to them at full-time to thank them for their support, the supporters are a massive part of the club, they have been fantastic.”

Looking ahead to the visit from Hereford to Nethermoor O’Neill knows it will be a tough task “It will be a tough encounter, these three games were always going to be, there are no easy games in this division. We will have to a better week this week and get back to those standards on Saturday.”

Marcus Dewhurst is expected to feature on his return to Nethermoor, it was announced on Wednesday the keeper has signed a season long loan deal from Sheffield United. Meanwhile Andrai Jones made his Lions debut at Chester from the bench after an injury ravaged pre-season.

An exclusive interview with Dewhurst is in Saturday’s match programme, copies are available for just £3 on entry to the ground from our sellers.