Lions Just Edged Out By The Bantams 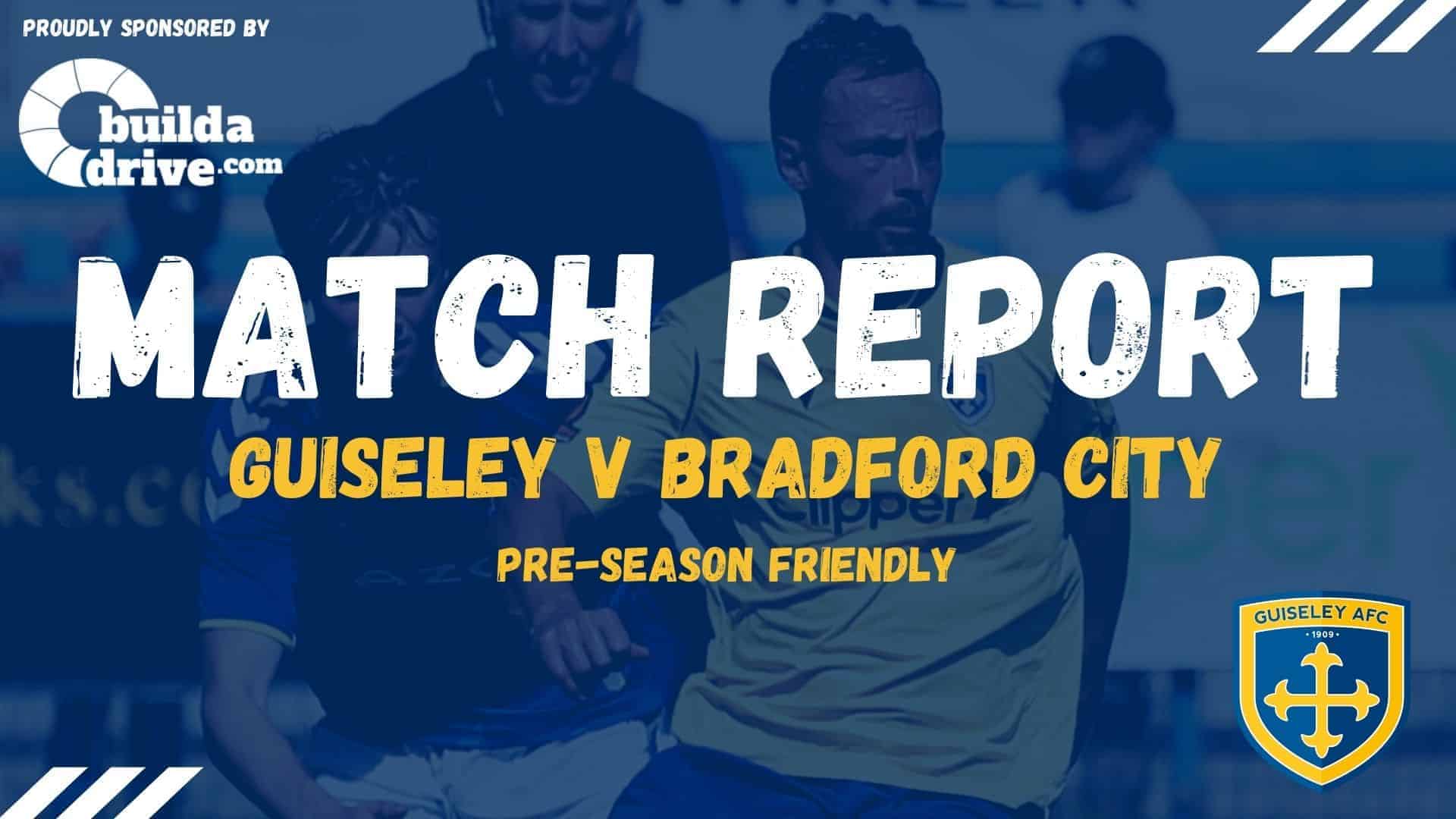 Guiseley went toe-to-toe with a revitlised Bradford City, under new boss Derek Adams, at a sundrenched Nethermoor this evening and having taken the lead through Kaine Felix they found themselves 2-1 down at the break, read more in our match report sponsored by BuildADrive.com.

But a spirited second half display fell just short of squaring matters with the final score remaining unchanged. 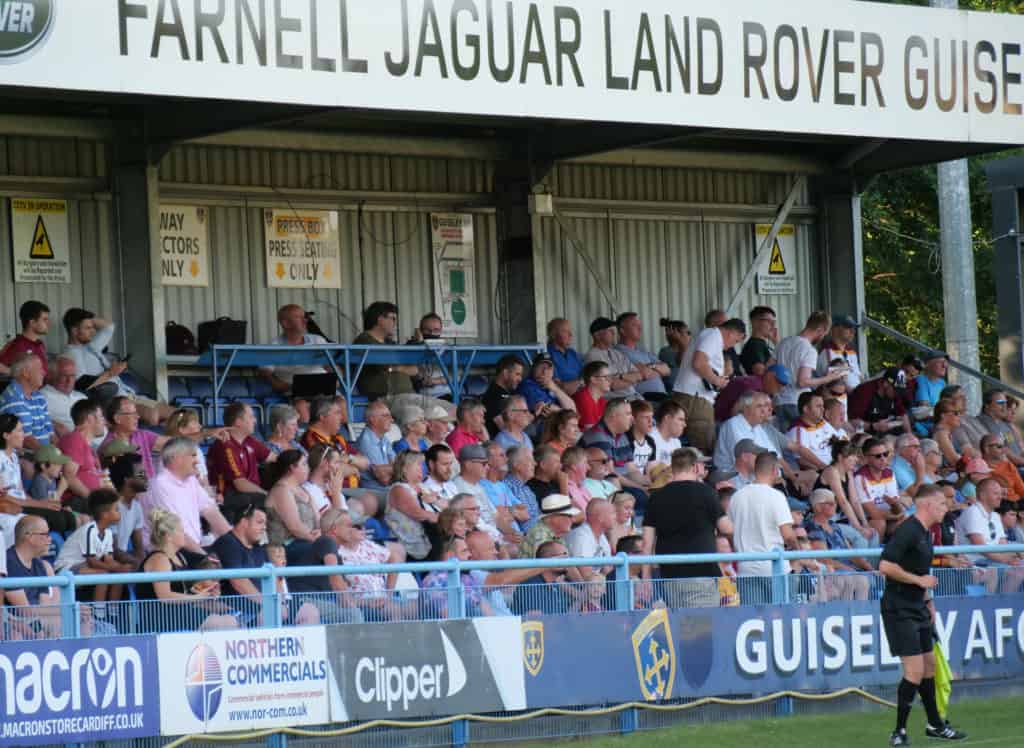 Both sides were quick out of the blocks without creating any real openings in  the first quarter of an hour but that all changed when Jordan Thewlis retrieved a ball that looked as though it as going dead, beat Reece Staunton and pulled it back for Kaine Felix to smash home from ten yards with fifteen minutes on the clock.

With a  shell-shocked City struggling to build any momentum Guiseley went close to doubling their lead on 27 minutes as a move that started with Declan Lambton finished with Felix one-on-one with Richard O’Donnell, but his effort went agonisingly the wrong side of the post. 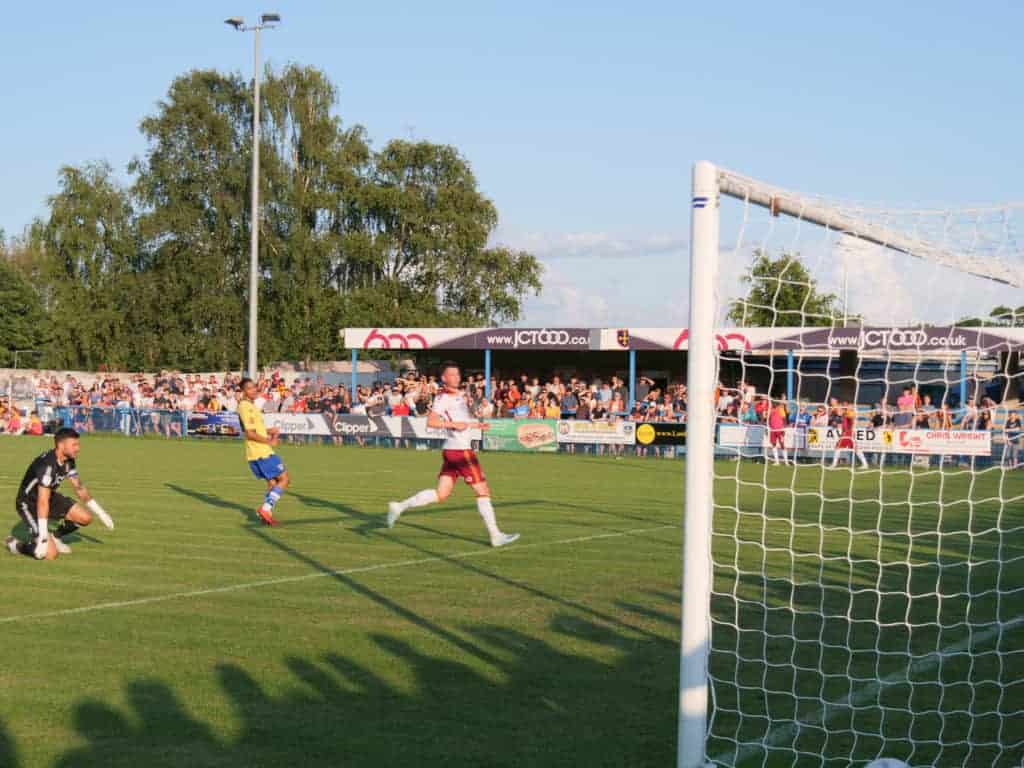 Eight minutes later and City were level, Lee Angol chasing down a home defender before  bending a sweet shot beyond Lambton for the equaliser.

The same player then converted a penalty kick two minutes later to put the visitors in front going into the break after he had been fouled by Lebrun Mbeka.

There were no changes from either side on the restart but twenty minutes in to the half the Lions made a raft of substitutions and it nearly had the desired effect as first Thewlis just over ran the ball as O’Donnell dived at his feet.

The City keeper then made a point blank stop to deny Adam Haw before Jake Day was just short of converting Gerrard Sam’s cross and Lewis Hey’s ball across the six yard box found no takers as the game came to a close. 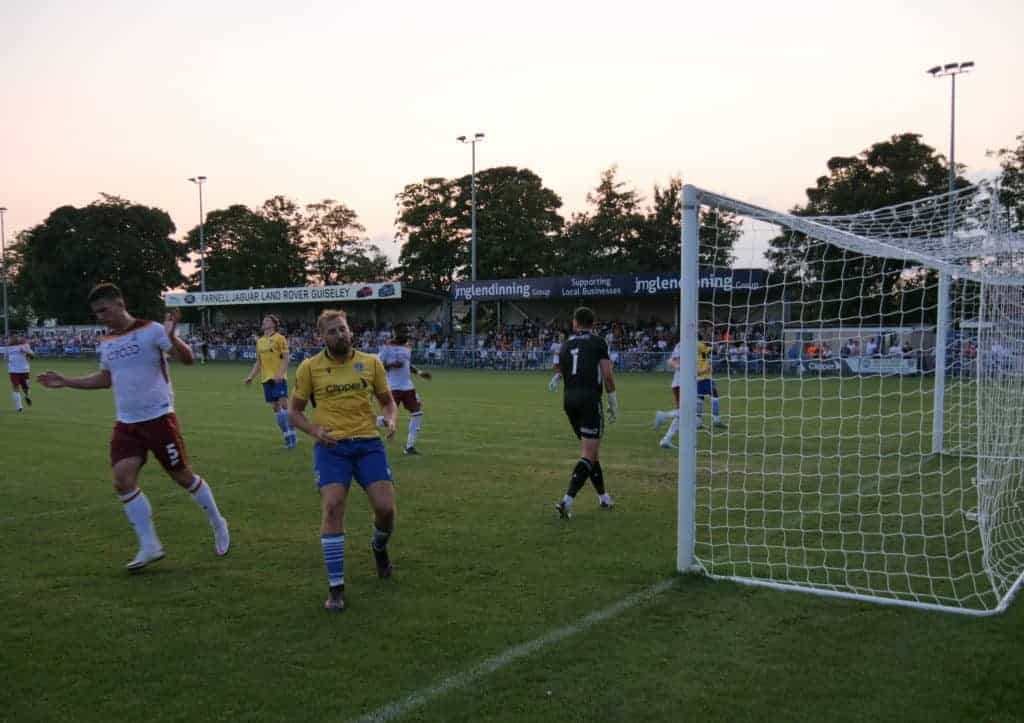 Guiseley now travel to Lincolnshire on Saturday to face old foes Gainsborough Trinity at Northolme (ko 3pm) before returning to Nethermoor for the sell-out game against Leeds United next Tuesday 28 July (ko 7:30pm).