Lions Have The Robins Rocking Before Sharing The Spoils

Guiseley kept faith with the same starting line-up for the fifth game in succession for this afternoon’s visit to in-form team Altrincham and despite going a goal behind early on Kaine Felix conjured up an equaliser with a stunning shot before Marcus Dewhurst denied the home side when he saved a penalty.

The second half was no less intense and the Lions went close to grabbing the winner on three occasions  but then had to defend a succession of corners at the death to ensure a deserved share of the spoils.

Both sides came into the game on good form with Gusieley having lost just once in the last five while Altrincham had won all of their last five so something had to give. 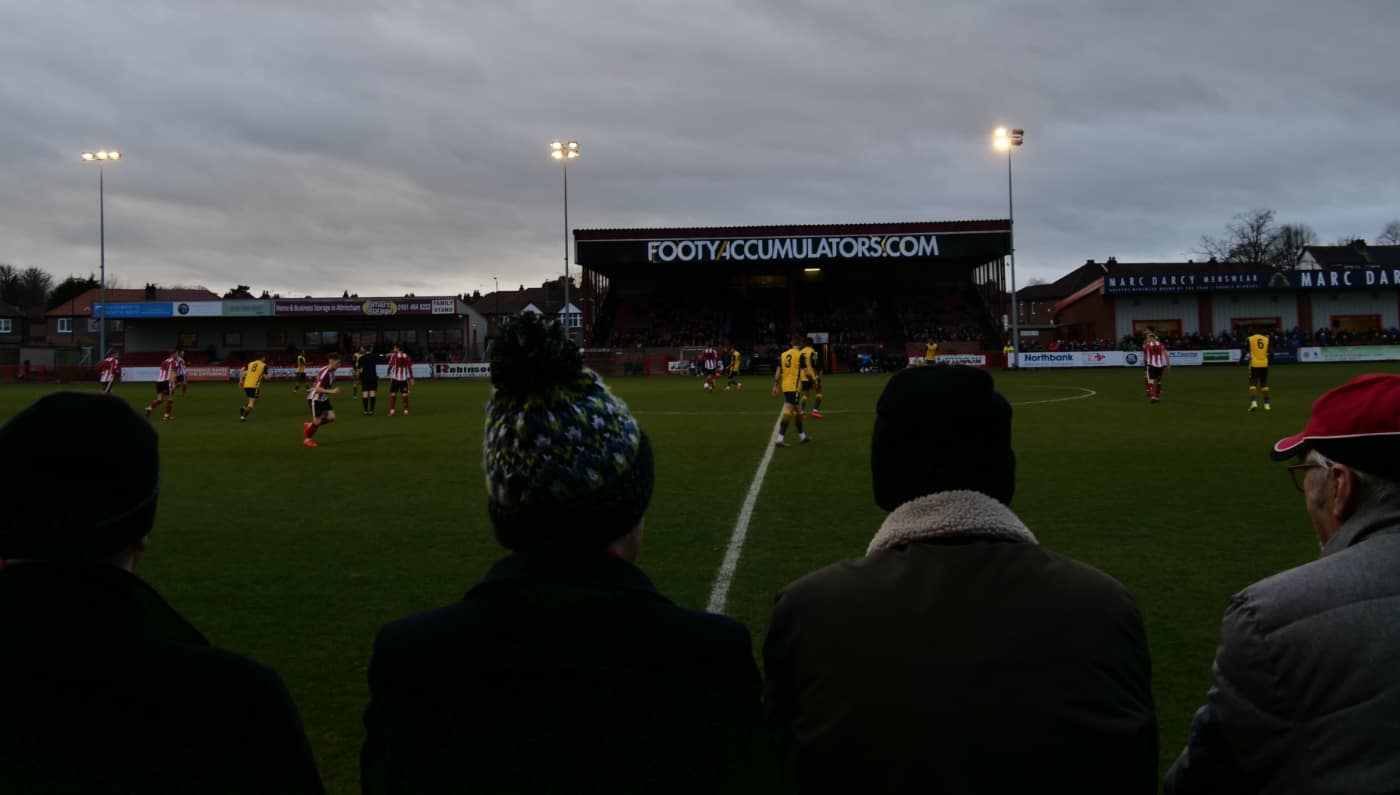 The Robins started strongly but it was Felix who nearly nudged the visitors ahead with six minutes on the clock with a brilliant run in to the box before shooting across Tony Thompson only to see his shot go just the wrong side of the upright. 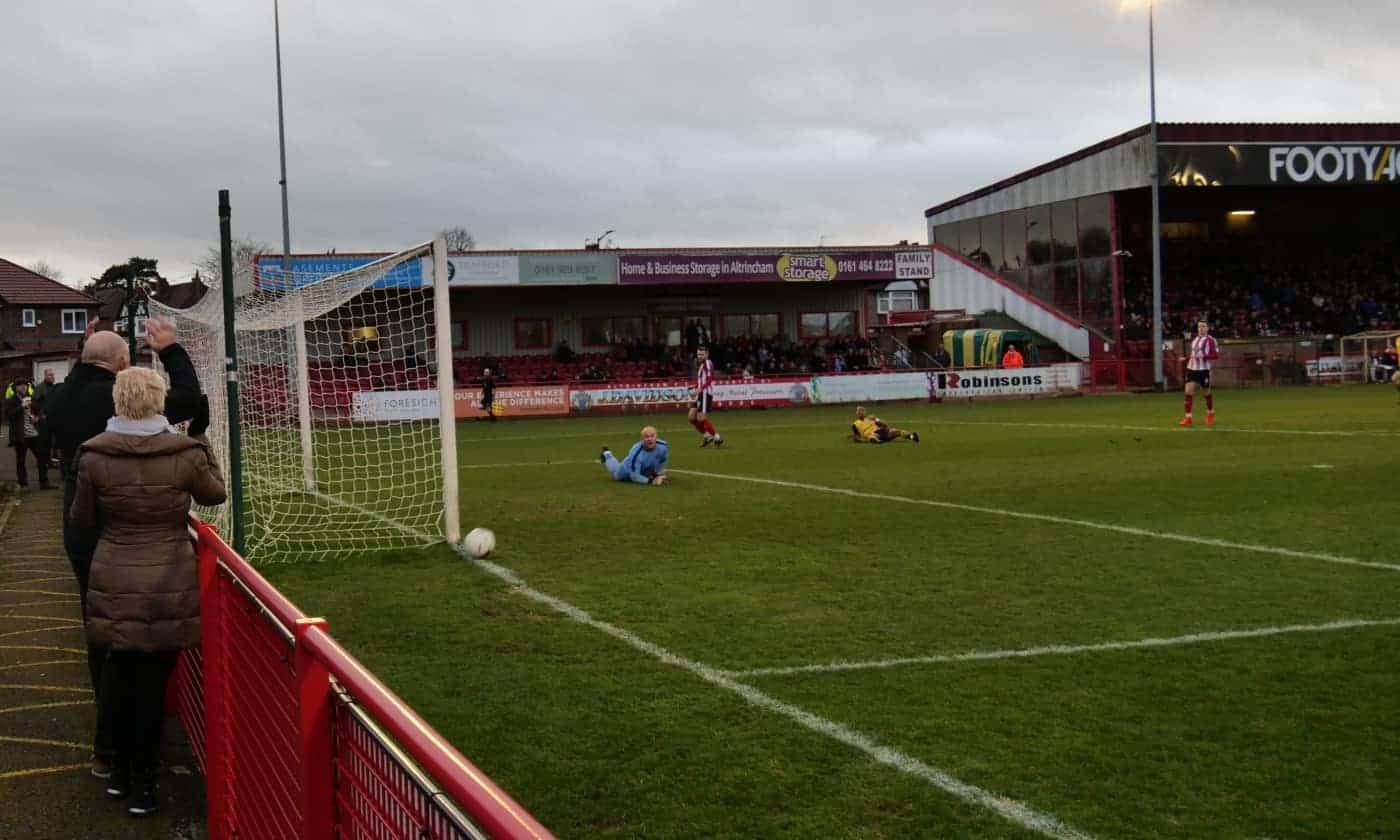 The home side mounted a series of attacks in response and it was from one of these that they went ahead when a cross from the right was blocked and delivered back in for Tom Peers to drill home from close in on fourteen minutes. 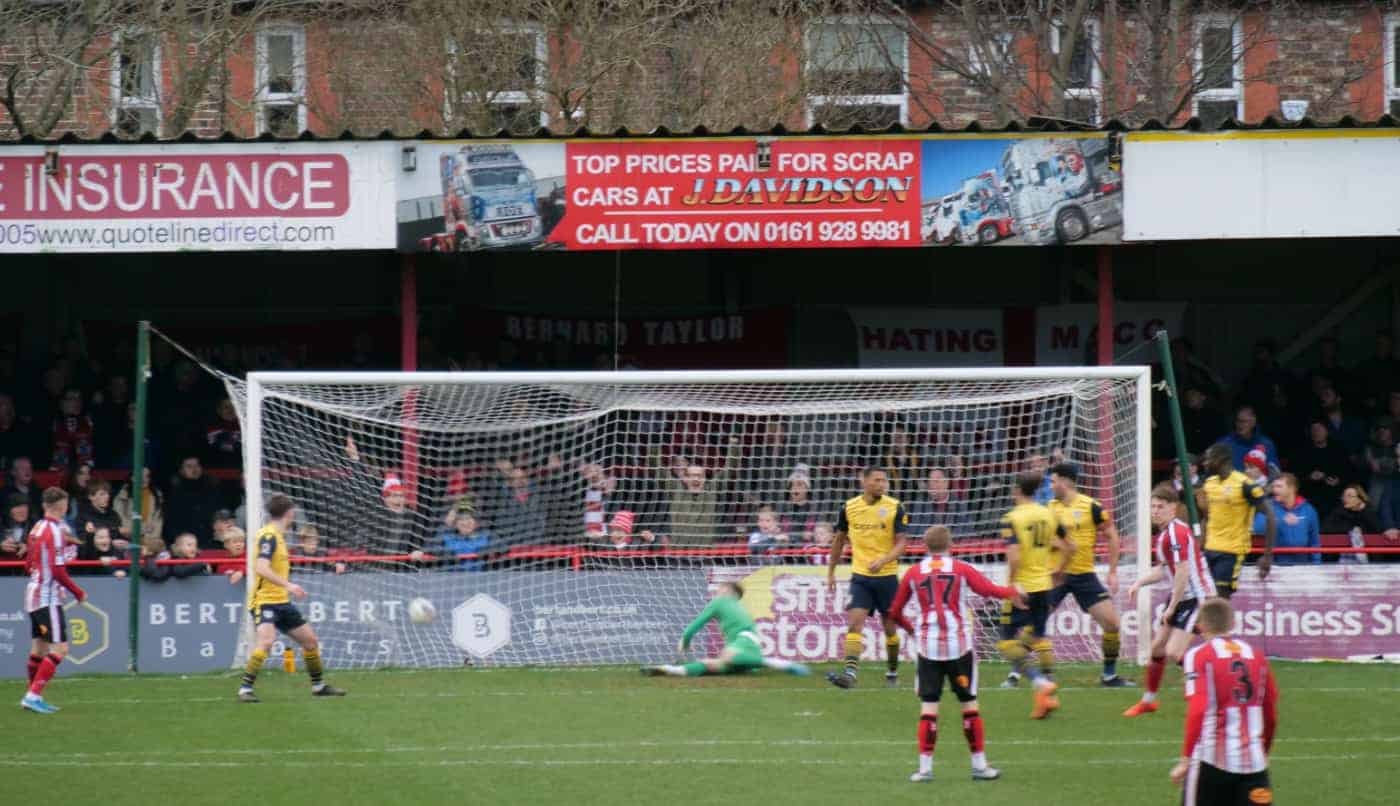 Altrincham lost two players to injury, including centre back Tom Hannigan, before twenty minutes had elapsed but it didn’t seem to disrupt their rhythm as Dewhurst was called into action a couple of times.

However, all that changed just after the half hour as a Chris Sang found Felix who seemed to be drifting across the 18 yard line before unleashing a left foot thunderbolt that flew past Thompson for the equaliser. 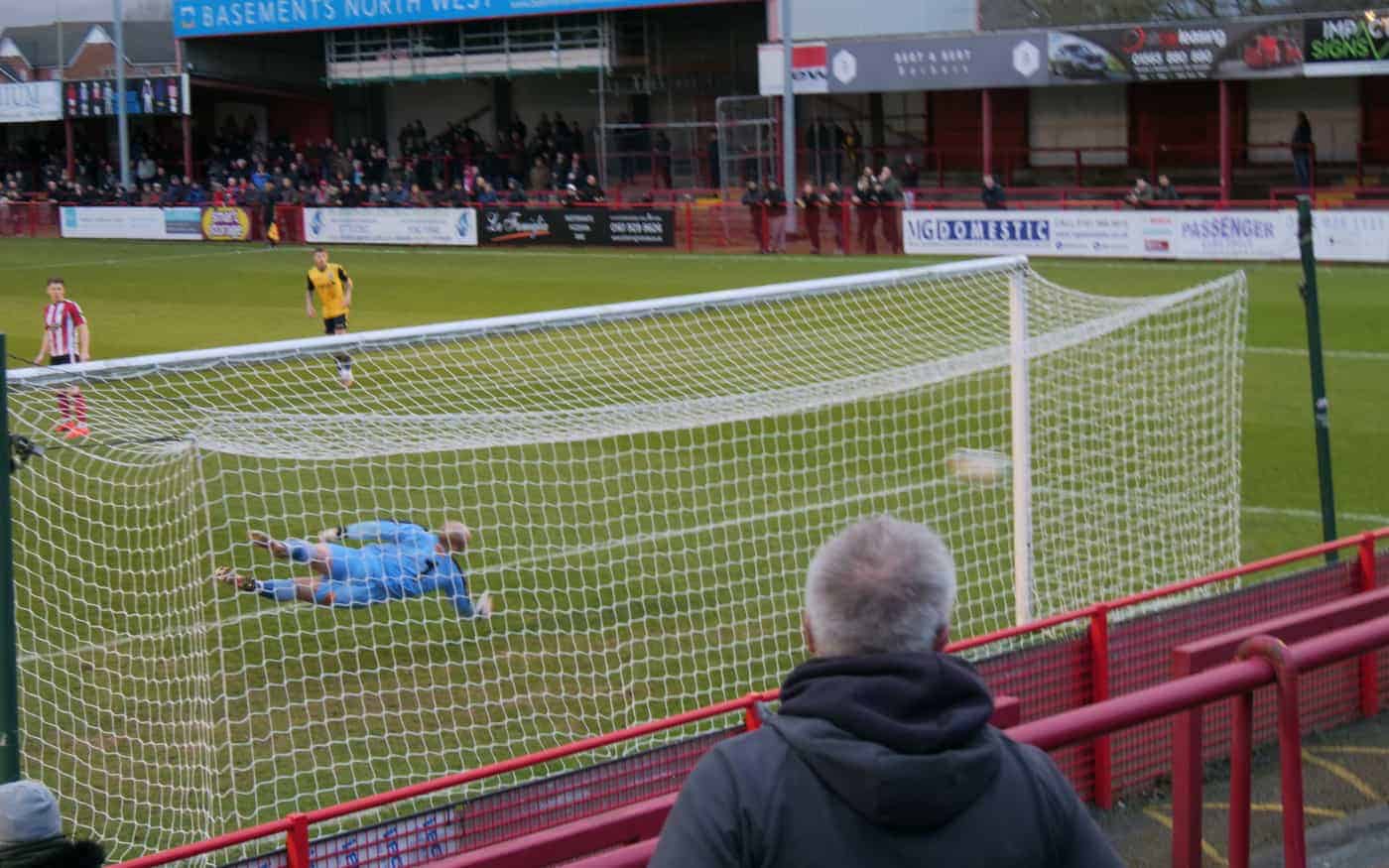 Buoyed by the goal Guiseley created a couple of half chances but couldn’t find the finishing touch and all of their good work looked to have been undone minutes later when Gabriel Johnson was adjudged to have brought down an opponent and the referee pointed to the spot before booking the midfielder.

The resulting spot kick went straight down the middle and although Dewhurst had dived to his right he managed to get his outstretched foot to the ball and the chance was gone.

At the other end the home goal somehow remained intact despite Aram Soleman’s shot being blocked and Felix’s effort was charged down and as the ball fell to Sang he was unable to get the ball out of his feet before a relieved Thompson pounced on it.

The second half saw the visitors playing ten yards further forward and closing down and restricting the supply lines from the home midfield as a result.

A good move down the left saw Sang deliver in a teasing cross that Johnson headed just wide of the post before newly appointed captain Hamza Bencherif’s powerful header from a corner met with the same fate. 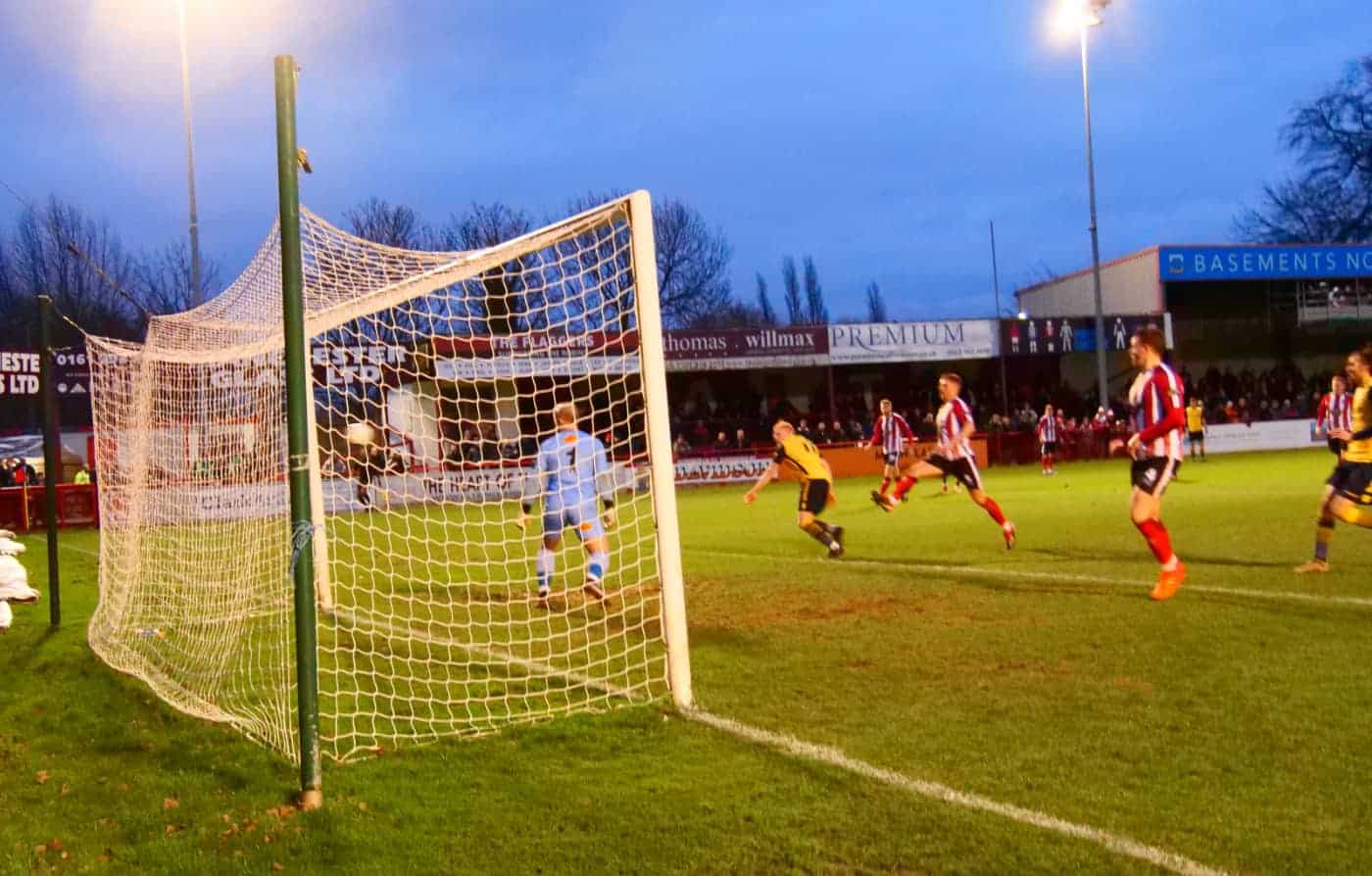 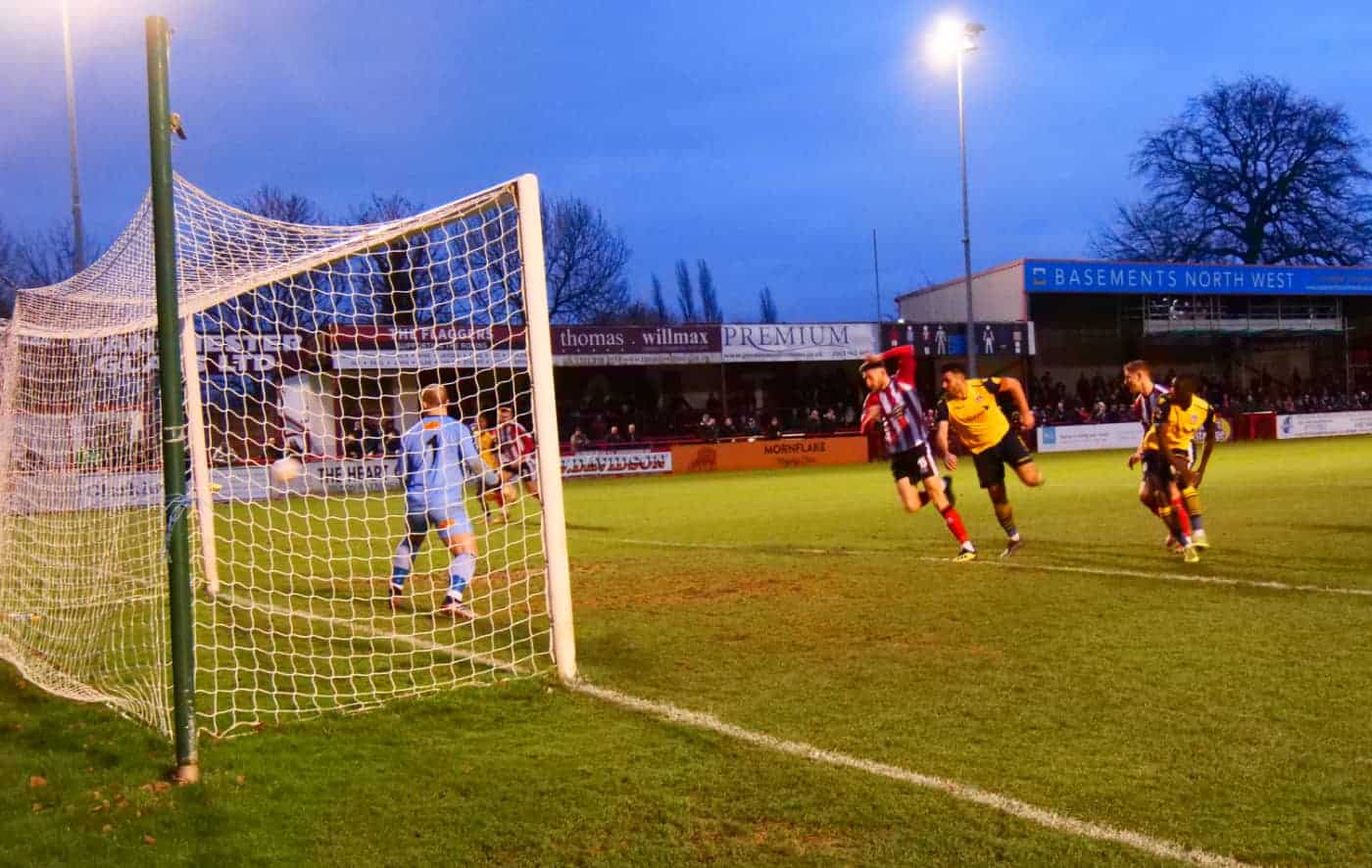 Sang nearly scored the goal his performance had deserved only to see his shot from eighteen yards clip the top of the bar and go behind.

For their part Altrincham should have been in front midway through the half but John Johnston somehow managed to put his shot over the bar from no more than a yard out.

Four minutes of added time gave Alty the opportunity to nick it as they forced three successive corners all of which were stoutly defended by a resolute Lions defence to ensure that the points were shared – probably the right result on the day between these two well matched teams.