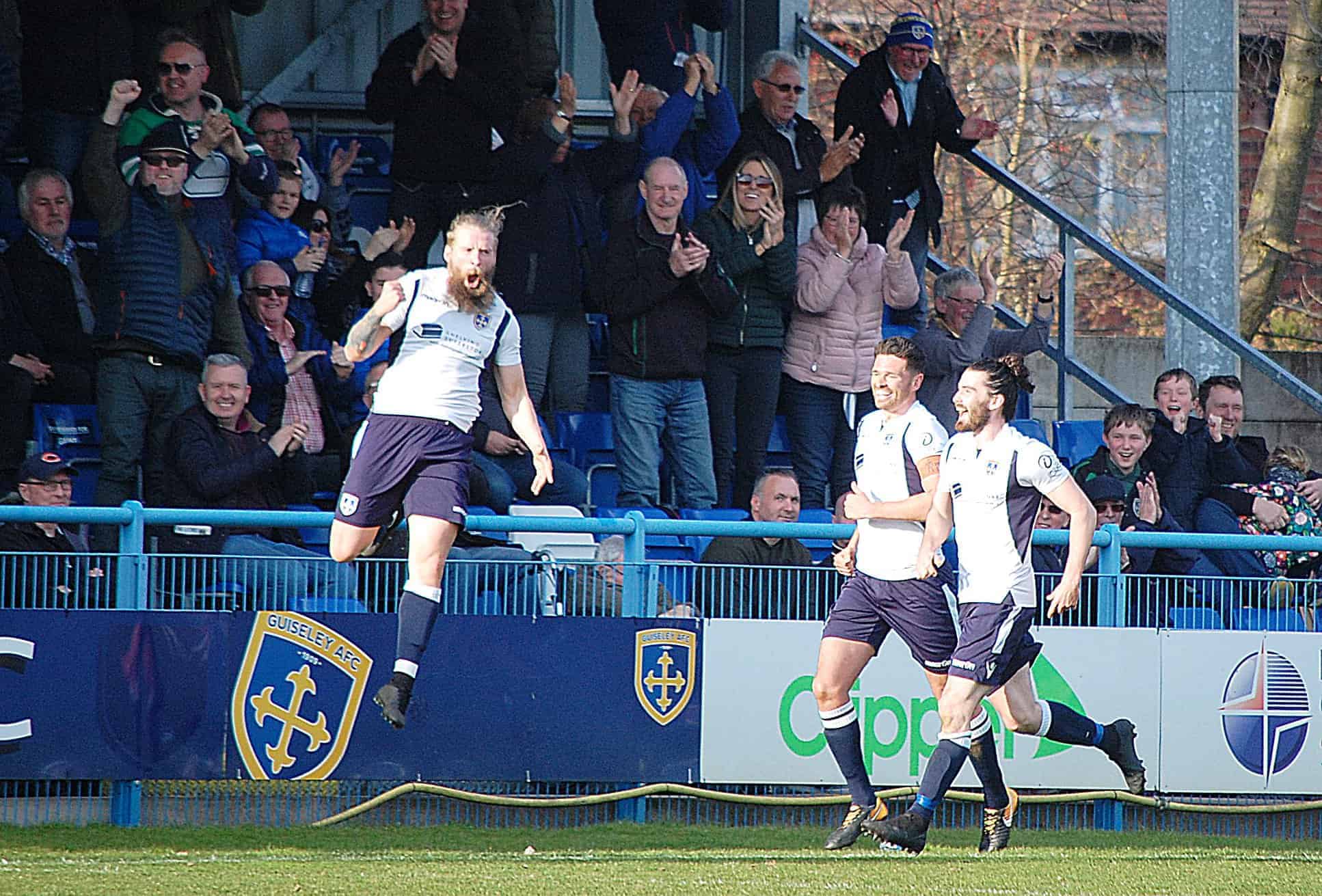 Marcus Bignot and Russ O’Neill’s Lions must bounce back from Tuesday night’s County Cup Final loss on Saturday to secure a big three points in the fight for survival against Ashton United, kick-off is at 3pm.

Since the win at home to Curzon Ashton last month there has been four fixtures since then with just a solitary draw the only positive outcome.

Our defeat at Brackley on Saturday coupled with Ashton’s comfortable win over Spennymoor has reduced the gap between the two sides to just four points with The Lions knowing a win over the side from Greater Manchester would take them 7 points clear with three games to go.

FC United of Manchester are the other side who hope to beat the drop, they host Kidderminster Harriers on Saturday at Broadhurst Park.

Following defeat at Brackley Joint Manager Bignot said “You look at Tuesday (Spennymoor) and goals being scored at the wrong time, today was another repeat of that. We competed really well in the first half and I thought the performance warranted going in goalless at half-time.”

“It never changed the team talk in terms of how they applied themselves and how they went about being hard to beat to make it difficult for Brackley, then to come out second half and the obvious is we have conceded directly off of a corner which is always a poor goal to concede. Then it is 2-0 with goals either side of the break, we are giving ourselves a massive task to climb.”

Asked about the tough run of fixtures Marcus replied “The fixtures are what they are, we have competed with two play off teams, we haven’t competed enough to stay in the games and get that result. The next game is Ashton, we are four points clear and we are at home, it is in our hands.”

“With the situation we find ourselves in it will feel like a cup final, the atmosphere because of the importance of it and what three points will do.”

“It is an opportunity for us to look forward to and take it on.”

The Joint Manager also wanted to thank the club’s loyal supporters “These fans have suffered for a long long time now, we can see the light at the end of the tunnel in terms of where the club is going to be financially. We have just got to get over this hurdle, if we do the football club will be in its best place financially and off the pitch it has ever been in.”

“Let’s get through this season and we will be in a super position come the summer. The supporters throughout this time have stuck with us through thick and thin, honestly we have felt no pressure from the supporters and that is great credit to them. Our supporters have been absolutely superb in terms of being the 12th man and applying no pressure on the players, all they want is to see hard work and effort and to give their all for the shirt.”

Guiseley AFC Supporters’ Club’s 2019 Race Night takes place after the final whistle in the clubhouse, the first race starts at 6pm with eight races expected but additional one could be added on the evening. 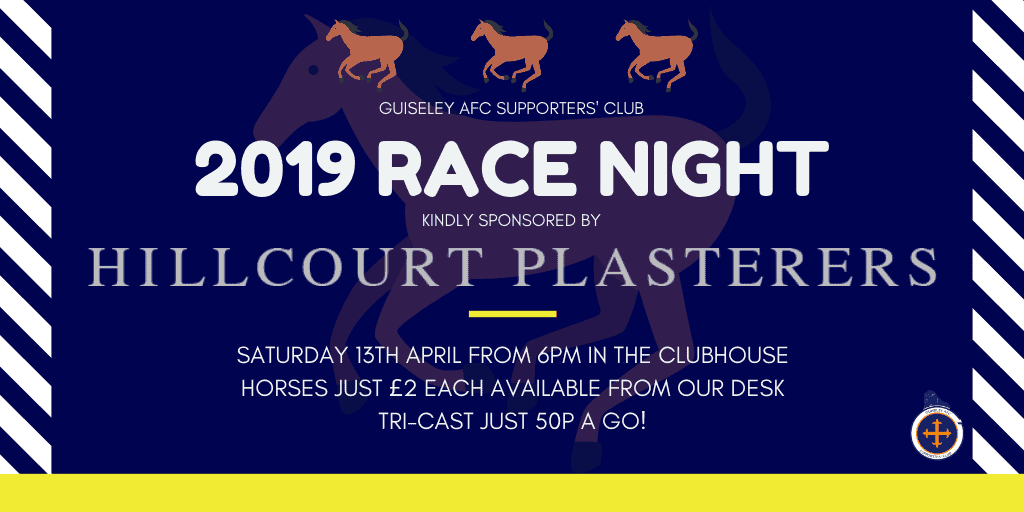