Lions Edged Out By Boston 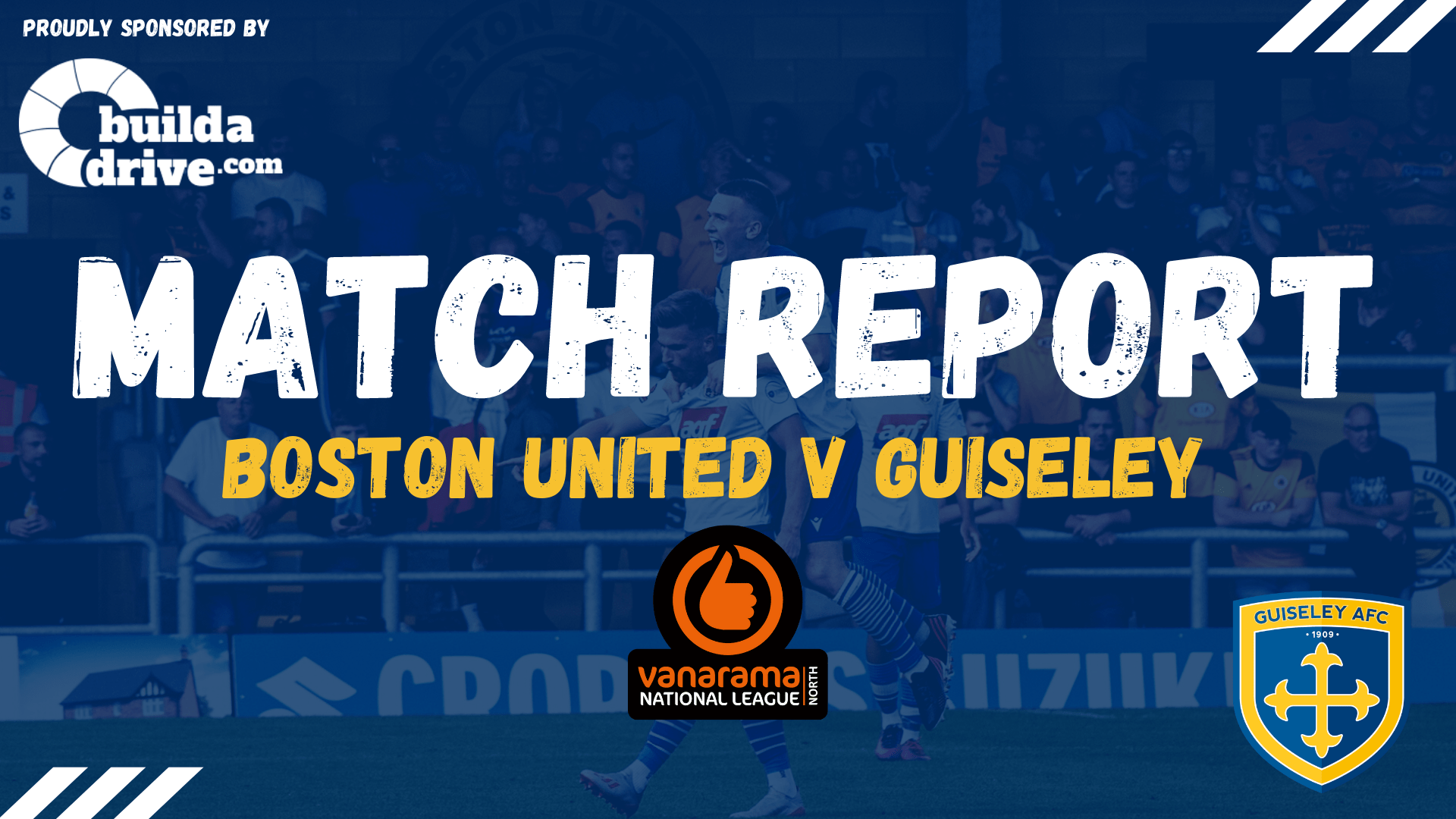 On our first visit to the Jakemans Community Stadium The Lions were edged out by the odd goal in three, read our match report sponsored by BuildADrive.com.

In a manic second half two minute spell The Lions had equalised but were soon back behind after The Pilgirms had taken an early lead.

The Lions started the afternoon well taking the game to the hosts but Danny Elliott had the first shot on target which Jackson tipped past the post.

The Lions’ first real opening of the game fell to Kaine Felix, he looked to have been fouled by Keenan Ferguson on the halfway line but got back up to his feet and fired straight at former teammate George Sykes-Kenworthy.

Then came the goal from a deadly counter attack, former Lion Jordan Preston found Jordan Burrow with a pinpoint pass and the number 9 clinically finished past Jackson into the opposite corner.

Following the opening goal the game entered a period where both sides cancelled each other out but that all changed when the Boston had a mixup at the back.

Sykes-Kenworthy’s clearance fell straight to Jordan Thewlis who did well to finish from 30 yards out into the open net.

The scoreline being level didn’t last long though, with the next attack Boston regained their lead when Connor Dimaio’s low shot was saved by Jackson but Fraser Preston, brother of Jordan, was there to head home the rebound.

The last chance of the half fell to Thewlis, his powerful shot from the edge of the area looked destined to find the top corner but Sykes-Kenworthy pulled off a good stop.

The second half got off to an electric start for The Lions after Scott Garner received a yellow card for a foul on the edge of his own box.

A well worked routine saw Brad Nicholson’s effort from 20 yards out cannoned off the post with Sykes-Kenworthy stranded.

On the hunt for an equaliser Jamie Spencer cut in from the right hand side but saw his powerful drive well stopped by Sykes-Kenworthy.

Boston grew into the game but didn’t really test Jackson in the Guiseley goal but they did dominate the play.

Substitute Jacob Gratton caused Ferguson problems on the left hand side and beat his man comfortably but once again Sykes-Kenworthy was there to stop the cross.

That was the final chance on a sunny afternoon in Lincolnshire as the 42 travelling supporters went home hoping for a return to winning ways on Saturday in the Emirates FA Cup third round qualifying against Blyth Spartans at Nethermoor.