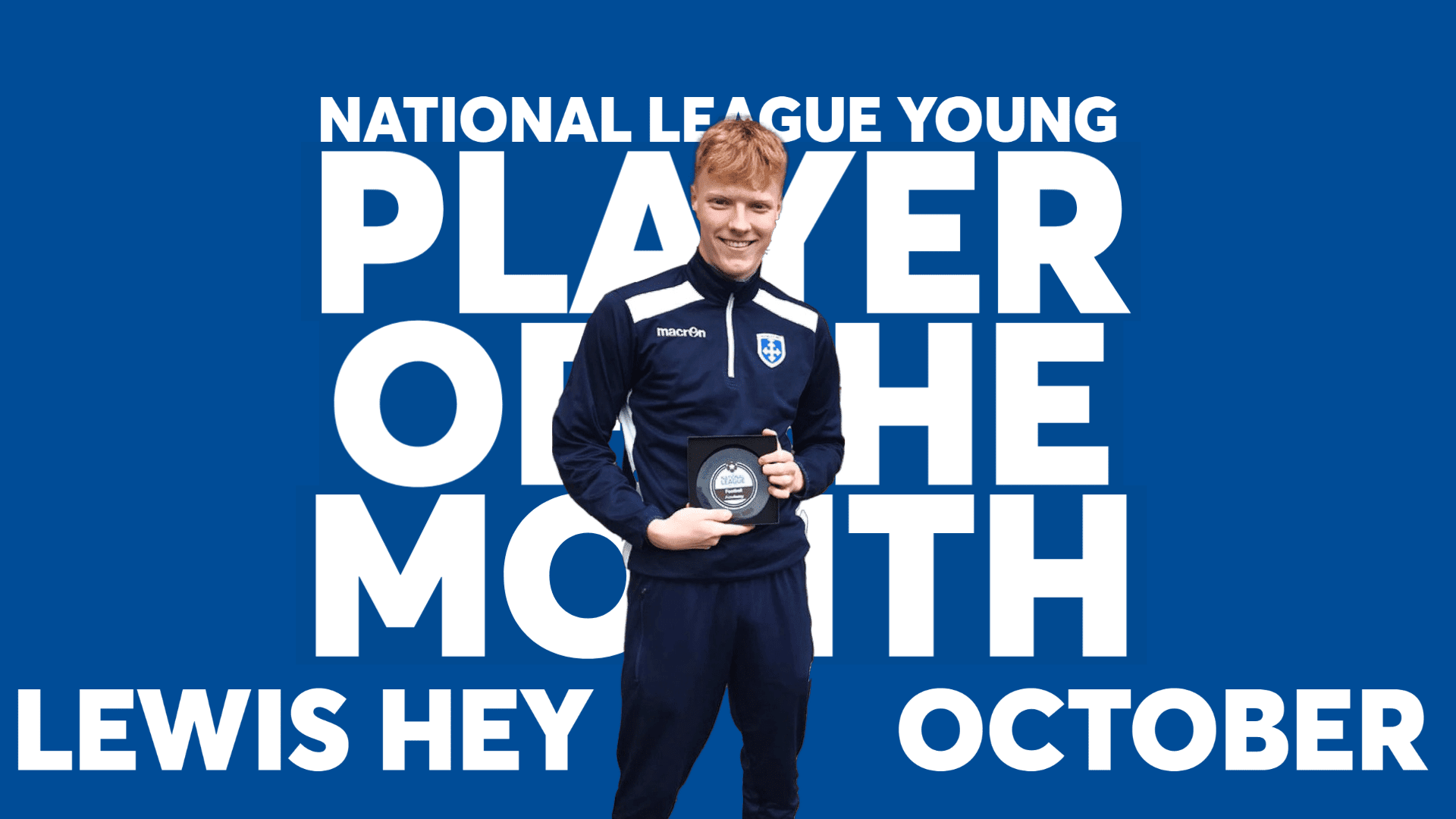 We are delighted to announce academy graduate Lewis Hey has won the National League Young Player of the Month award for October.

The midfielder was influential in the Lions’ FA Youth Cup run to the Second Round.

Having beaten Sheffield and FC Halifax Town in previous ties, the National League North outfit caused a shock with an extra-time comeback victory at Bolton Wanderers, which included a Hey equaliser.

The 17-year-old was handed a first-team debut by managers Marcus Bignot and Russ O’Neill away to Boston United in late October, following his bright start to the academy campaign.

Head of Youth Development at Guiseley, Dave Currie, said: “Lewis has really kicked on this season after a difficult first season dealing with a couple of bad injuries.

“After some excellent performances in age-group football, Russ and Marcus have had several members of the team training with the senior squad. “

“It’s exciting to see where he can go from here as he has a lot of ability, a management team who believe in developing our own and has still to a lot of development left physically.”