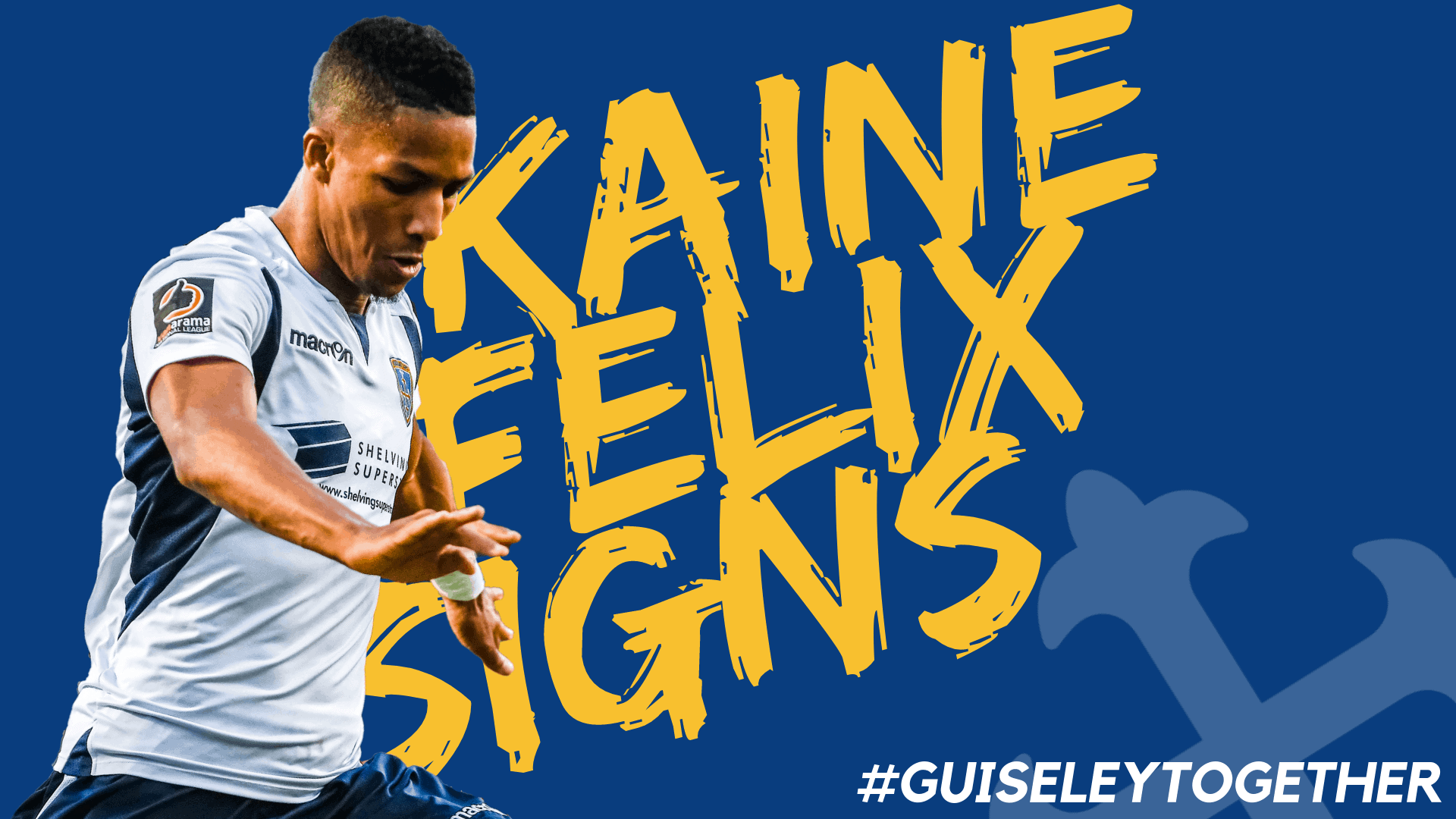 We are delighted to announce that fans favourite Kaine Felix has signed a one year extension to his contract with The Lions.

The 24 year-old winger from Peterborough says that the fans are one of the main reasons that he decided to sign on for another year at Nethermoor.

Following impressive performances as a trialist in pre-season games last season Felix was given a one year contract with the club. The former York City player impressed with his lightening pace and quick feet.

Felix dedicates his whole time to football and when not training and playing with Guiseley he can be found in the gym.

Following a connection with home town club Peterborough United as a youth he joined St Neots Town at the age of 16, eventually earning a move to Boston United, where he played alongside former Guiseley players Grant Roberts and Dayle Southwell.

Felix signed for York City in 2016 and in his time with The Minstermen he was loaned out to Stockport County for a spell. He was released by York in October 2017 and signed for United Counties side Deeping Rangers before moving on to play for Leamington and Brackley.

The player said:”It was a simple decision to sign again for Guiseley. It is a great club with great fans and a management team that are spot on. I am really looking forward to the new season starting.”

He added: “I absolutely loved my first season at Guiseley as they gave me game time, something I had lacked in the previous seasons. Having the backing of the management and fans, people wanting you to play, made a massive difference to me and made me want to be there, I can’t wait to get started again.”

Kaine will be here next season and you can join him with a 2019/20 Season Ticket.