Jake Young: “Guiseley Is Everything For Me” 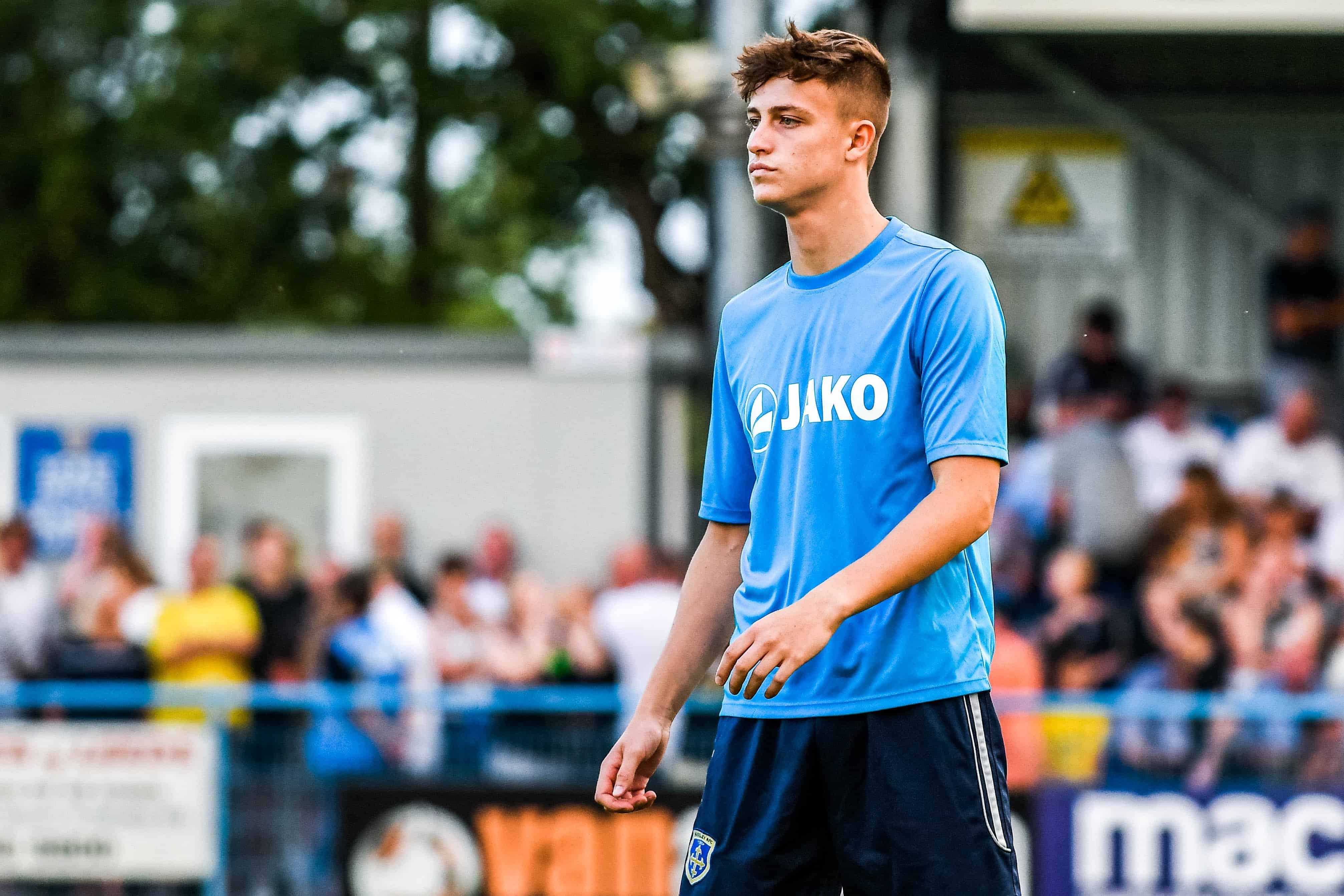 Last week Simon Bullock sat down with ex-Guiseley and current Sheffield United striker Jake Young to discuss his time in football so far, including his time in the academy at Guiseley and his move to the South Yorkshire club.

Q: You joined Guiseley Academy from Shelley Juniors in 2017 and progressed to sign first-team forms about a year later, how did things progress so quickly?

A: I did my first season with the academy and then I got a text saying that the first team wanted me in for preseason, which was all about getting fit and training with them regularly. That’s where it started for me and I had a good start to that season, getting on the bench a couple of times. That’s when clubs began to show interest, so it all moved quite quickly from there.

Q: You played in the FA Youth Cup against Ossett United, scoring six goals that night. Was that the match that drew attention and scouts to your performances?

A: Yes, it was. There were a few clubs interested already, seeing that I was doing well last season, but the FA Youth Cup was a big part of how I got to where I am now. I played three games in the Cup that season and I scored a fair few goals in those qualifying rounds so obviously that game against Ossett United was a good night for me scoring six goals. That drew interest from a some more clubs.

Q: How important to you was the work of Dave Currie and Danny Ellis in the academy, helping to progress your development from Sunday league to having scouts from various Premier League and Championship teams monitoring you?

A: They taught me a lot about football. I didn’t necessarily understand the way football is played when I first joined Guiseley. Dave and Danny gave me the opportunity to come to the club and, in the year and a half that I had there I really enjoyed myself every day. They are great coaches and I only have good things to say about them.

Q: In addition to that, how much did you learn from training with the first team and did you ever come close to making your league debut?

A: That was the big step for me, going from the youth team to the first team. It’s a very big gap but in preseason when I was training, I got used to it over time and that’s when I signed my first team forms. I was on the bench for a couple of games after that. One of them was in the FA Cup and I thought I might have got a few minutes then. Marcus and Russ know better than me if I was close or not, but it was all good experience in getting me to where I am now. I may not have made my debut for the club, but just the fact I was training with the first team regularly got me accustomed to men’s football.

Q: Not long after the Ossett United game you went on trial at Sheffield United. What made you choose them over other clubs, (presuming you had a few trial options to choose from)?

A: Yeah, they were the first club that I went on trial with. I scored a couple of goals there and played well for the U23’s, so I really enjoyed my trial and was made to feel welcome there. I got a feeling from being around the club that it was the place that I wanted to be. Seeing the players that have progressed through the ranks in recent years such as Kyle Walker, Harry Maguire and David Brooks, it felt like it was the right place to go so when they offered me a deal I didn’t really think about signing for any other club.

Q: On your debut for the U23’s you scored the winning goal against Birmingham City at St Andrews with your first touch. What was that feeling like?

A: It was unbelievable really, a fantastic feeling. It helped me to settle in and the lads were all sound with me after that. It was a great feeling to score at St Andrews as I’d never played at a ground like that before. It was one of the best feelings I’d had in football at the time.

Q: In January you signed permanently for the Blades, penning a professional deal until summer 2021. How proud of a moment was that for yourself, to sign for what is now a Premier League club?

A: Very proud. Two or three months before I signed, I would never have thought I would be playing such a big club. It was a proud moment for me and my family, having played football for fourteen years so it was a good moment for them and for me, but my main focus was to just keep working hard and work for the next one.

Q: During preseason you featured on the bench for the first team in a friendly vs Burton Albion, was that a moment where you looked back and reflected on how far you’d come in the space of a year.

A: Yes, definitely. Twelve months ago, I was doing preseason with Guiseley and then a year later I’m there with players that I’ve paid to watch at games, people that have been my idols, so it was a surreal moment but also another good experience.

Q: What’s it like being involved at a club with such a feel-good factor around it right now and what would be a realistic finish for the club at this stage?

A: The gaffer (Chris Wilder) believes we can beat anyone and so do the lads. Being around the training ground you get a good feeling and there’s no talk of survival or anything like that, it’s always just about trying to win the next game. In terms of where we are now, you couldn’t imagine it this time last year but it is a possibility this season with how the lads are playing and the attitude that they’ve all got so I don’t see why we can’t stay where we are now and continue to go forward as a club.

Q: Sheffield United loanee Marcus Dewhurst first signed on loan for Guiseley in December last year. When you were on trial there, did you advise Guiseley as a good place for him to go out on loan to?

A: I got to know Marcus when I went on trial and when it came about that Guiseley were interested in him, I told him that it’s a really good club and he’ll enjoy playing there. The fans seem to love him, he loves playing there and he’s doing well so it’s been a good move for him.

Q: Looking back at your time in West Yorkshire, how much did you enjoy your time at Guiseley and do you still look out for the club’s results on a matchday?

A: Guiseley is everything for me really. They took me from Sunday League football to a professional contract at a Premier League club so without them I’d probably have just gone to college and ended up working, so I owe everything to Dave, Danny and everyone at the club. It was the best year or so of my life with the lads that I met, and I’ve got best friends for life at the club. It was a really good time for me and I can’t thank everyone enough.

Q: What’s the next step for you now? Do you stay in the U23’s for a bit longer, look to make an appearance in the FA Cup, look for a loan (possibly to Guiseley)?

A: The dream for me is to play in the first team here and that’s something that I’m working towards but obviously they’re doing so well at the moment that I’m not sure how soon that will be. I’ll see what’s around the corner and keep working hard, keep scoring goals and you never know what can happen whether it’s for Sheffield United, Guiseley or wherever.

We’d like to thank Jake for taking the time out for this interview and wish him the best of luck for the rest of the season.