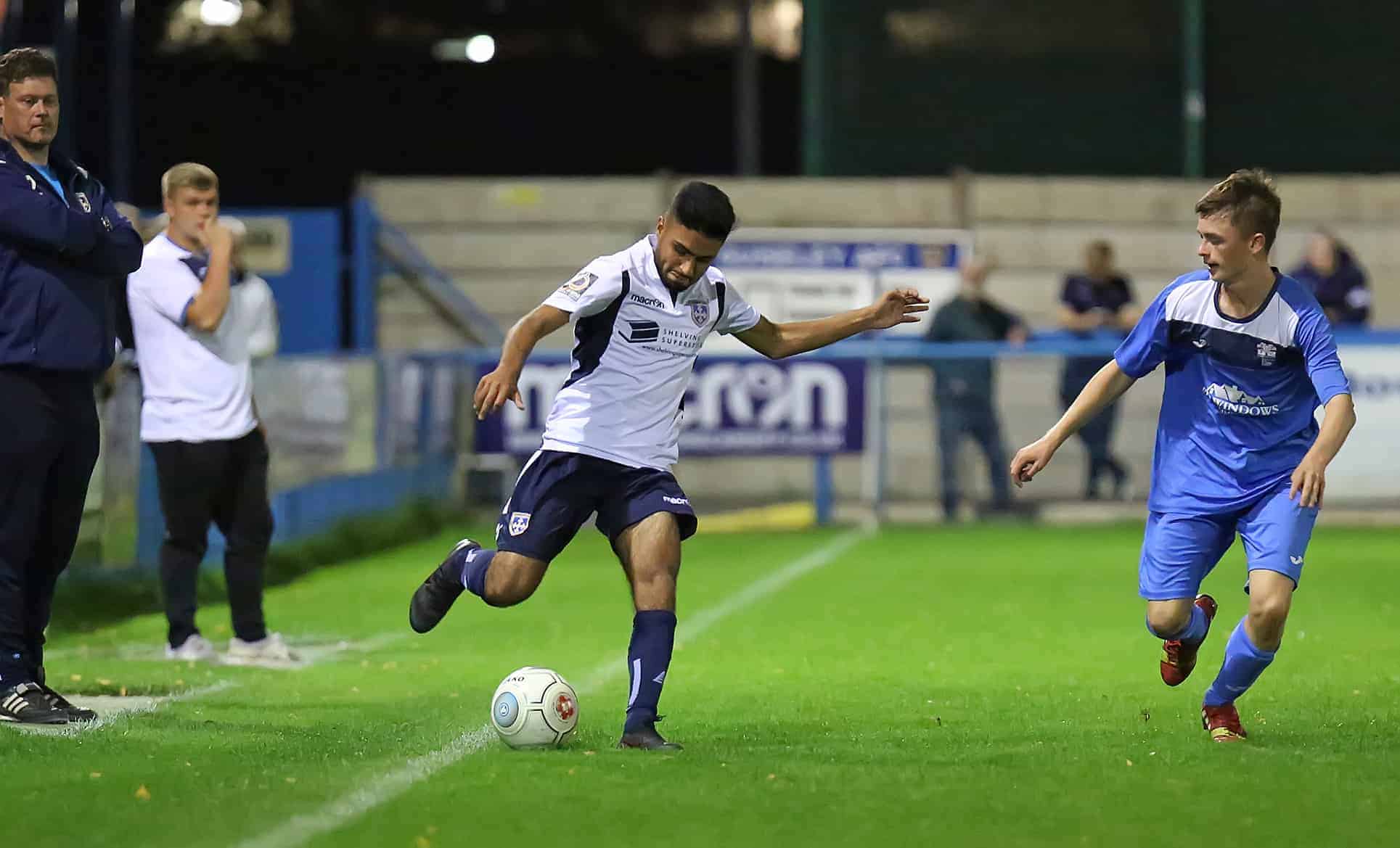 Young Guiseley AFC winger Tabish Hussain is hoping to celebrate his 18th birthday on June 6th by being selected for Pakistan in their World Cup qualifiers against Cambodia, writes Rachel O’Connor.

Today, Friday, he flies out to Bahrain to the Pakistan squad’s training camp in preparation for the 2022 World Cup qualifiers first round. He joins a squad of 22 that includes 12 foreign-based and ten home-based players. Following the first game the sides will meet again on June 11th for the return fixture.

The Bradford-born player is a member of Guiseley AFC’s highly successful Academy side and made his first team debut for The Lions in the season just ended.

As he picked up the Man-of-the-Match award in the Wharfedale FA Junior Cup final two seasons ago the former Eccleshill United Juniors player could hardly have expected such a rapid rise in his football career.

In the season just past Tabish had scored ten goals in four games for Guiseley’s Academy with a tally of five in the first game against Harrogate Town before following this up with a hat-trick in his next game against Rossington Main.

He made his Guiseley first team debut against Nuneaton Borough from one of his six appearances on the subs’ bench, before breaking a leg last October. He returned to action in the closing stages of the season in time to hone his skills for the next step up in his football career.

Of his selection Tabish said:”It is a great honour to represent your country and I am so lucky to have been given this opportunity at such a young age. It is a very proud moment for myself and my family.”

Tabish joins the Pakistan squad a little later than his teammates as his departure was delayed by exams. He joins up with Birmingham-born brothers Samir and Rahis Nabi, the younger brothers of professional striker Adil Nabi, who has played for England Under-16s and 17s and now plays for Greek First Division club OFI Crete.

Samir was leading scorer for West Brom under-21s in 2015–16 and in September 2016 he joined Indian Super League club Delhi Dynamos but returned to England without playing a game and signed for Carlisle United. Samir has also played for Torquay United in the National League.

Rahis, having played for the England youth team, was associated with West Brom in 2016-2017 and Burnley in 2017-2018. He currently plays for Alvechurch in the Southern League.

Denmark-based striker Mohammad Ali and Danish Superliga winger Adnan Mohammad are also in the Green Shirts squad which first met up in Manama and held a training camp in Islamabad’s Jinnah Stadium.

There have been some complications over the running of Pakistan’s international football team of late but now the Pakistan Football Federation is in control. A senior official of the PFF toured England scouting for the best players for the national team which is passing through the toughest phase of its history.

The Bahrain camp is being supervised by the FIFA-recognised PFF, headed by Faisal Saleh Hayat and it is this federation which can field the team in the qualifiers against Cambodia.

The Pakistan team has a Brazilian coach in Jose Antonio Nogueira.

Zeeshan Rehman is expected to join the squad this weekend with the Birmingham-born former Pakistan captain having been playing in the Hong Kong Premier League for Southern.

Also in the squad are Danish striker Hasan Bashir, goalkeeper Yousuf Butt and his brother Yaqoob, a defender.

A team official said:”The Pakistan team trains before Iftar and then again at night. All players are fit and are getting into rhythm. Coach Nogueira has a very good programme that will help the players achieve top form before the away leg to be held in Cambodia on June 6th.”

Dave Currie, the Head of Guiseley AFC’s Academy, one of the most successful in the country and league champions for the past two seasons, said:”I have been Tabish’s coach for the last four seasons so I see him nearly every day of the week. He is very tricky and runs at defenders.”
“He is a great kid and he has a very supportive family who are very proud of him. He is very humble and gets on well with everyone. He is also very academic and a great role model for any young player.”
If Tabish gets the nod to pull on the Greens’ jersey against Cambodia he will as always have the support of his father Naeem who said:” My wife and I will be flying out for the the first leg game against Cambodia, which will hopefully be his international debut, and also to help him celebrate his 18th birthday.”