Ethan Cartwright Is Back For A Second Lions Season 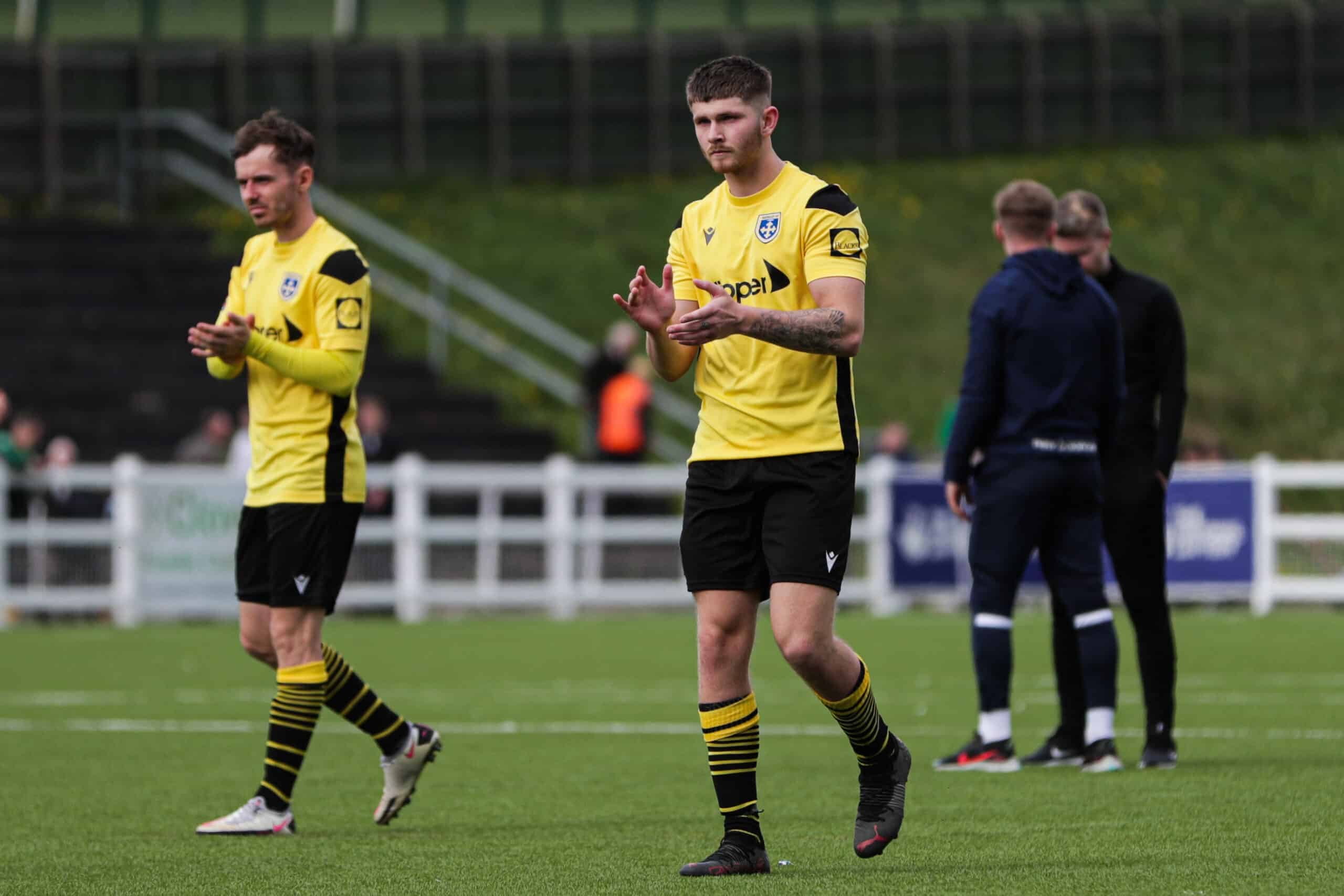 We are delighted to announce that Ethan Cartwright will return to Nethermoor next season after a short spell at the back end of the last campaign.

Midfielder Ethan Cartwight is returning to Guiseley for another season having been motivated by the support the fans gave The Lions despite the team being in a relegation battle for the latter part of last season, writes Rachel O’Connor.

The 21 year-old, who lives in Stoke said: “The fans were great considering the position the team was in at the bottom of the table and I thought it must be unbelievable if they are near the top of the table and I wanted some of that. I enjoyed my short time at Guiseley last season and I fully believe that they are better than the league we are going in to and I want to help the club to get back to where it belongs in National League North.”

The Personal Trainer with Nuffield in Stoke will make the long journey north for games and training with fellow midfielder John Johnston, who lives just two minutes away from him in The Potteries town.

Cartwright played in six games for Guiseley at the end of last season, three starts and three from the bench. He signed for The Lions on a dual registration with Irlam and finished their season with them before joining up.

Having started his football career at 16 with Walsall he then attended Newcastle under Lyme College and represented the English Colleges squad in 2019. At college he studied for qualifications as a personal trainer.

At the age of 18 he signed for Chester and from there went on loan to Cfen Druids in the Welsh Premier League. He also had a spell with City of Liverpool before returning to Chester prior to signing the dual registration with Irlam and Guiseley.

Cartwright is looking forward to the new season and the prospect of playing in a promotion battle with Guiseley. He said: “I signed for Guiseley at the back end of last season when they were struggling and it was difficult to make a real impact. I am now looking forward to showing what I can do and to getting a lot of game time. I hope that as a team we can push back up to where Guiseley need to be. We will be looking to kick off to a good start.”

Cartwright’s travelling companion Johnston, 27, is continuing as a Guiseley player after making 15 appearances for the club in the second half of last season. He has previous experience with Alfreton Town, Altrincham and Chester.