Dominant Lions Have To Settle For A Draw 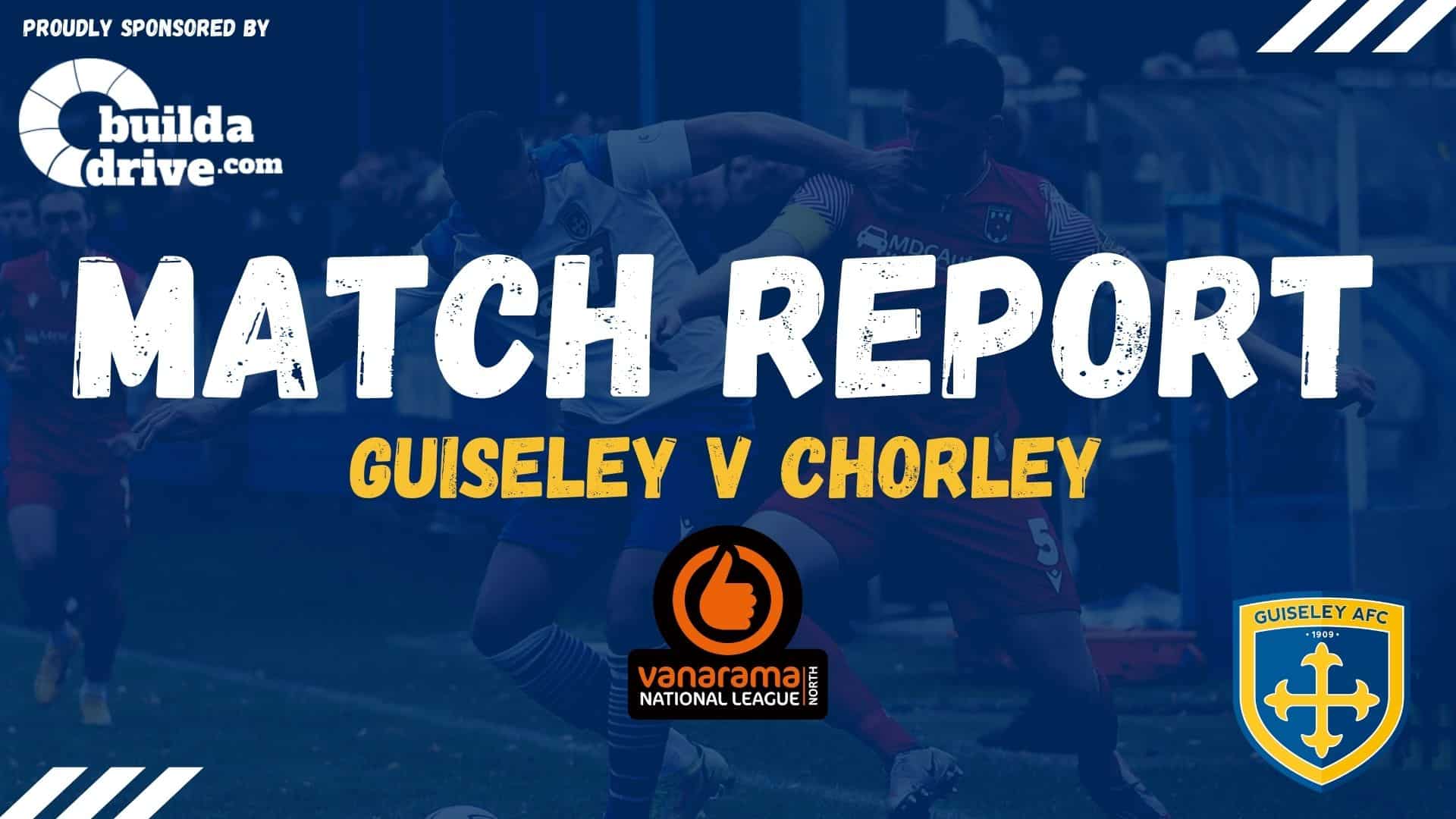 Down to the bare bones through injuries a youthful Guiseley side nearly pulled of an audacious win against promotion chasing Chorley at Nethermoor this afternoon read how they came so close in our match report sponsored by BuildADrive.com.

With on loan keeper Luke Jackson out through an injury sustained in training Guiseley were quick to draft in a ready made replacement as Brad Wade returned from Rochdale to begin his third spell on loan between the sticks for the Lions. Oli Metcalfe started in midfield in place of the unwell Jamie Spencer and new signing Shaun Tuton was given his first start in  place of the injured Jordan Thewlis.

Chorley arrived unbeaten in the last six games, with five wins and a draw, so a tough afternoon looked to be on the cards for the home side but right from the off they made light of the enforced changes and Metcalfe went close with a shot just the wrong side of the upright after ten minutes.

It took the Magpies twenty minutes to muster their first meaningful effort but Jon Ustabasi’s strike was always headed over the bar.

Visiting keeper Matt Urwin was by far the busier of the two keepers as he made two crucial interceptions as the Lions exploited acres of space down the right flank, and when Tuton bumped into the Chorley stopper the ex-Alfreton striker was shown a yellow card by referee Claudio Gavillucci.

Guiseley were playing a high pressing game and forcing errors in not allowing the Chorley midfield to establish any supremacy and they responded with some dubious gamesmanship by going down at every opportunity in an effort to interrupt the home sides flow and to some extent it worked when Prince Ekpolo was next into the book and the resulting free kick saw Ustabasi fire over once again.

Tuton was then pulled up for being offside just as he was about to pull the trigger and kicked the ball away in frustration, an action that could have seen a second caution and eventually led to his wthdrawal at halftime as Bailey Thompson came on in his place.

Not having offered much of a threat in the first period the visitors were awarded a free kick just on the edge of the ‘D’ on 52 minutes which they hesitated over before Willem Tomlinson put a shot over the wall which Wade collected with ease.

Guiseley resumed their attacking forays withn several balls into the box finding no takers and even when they did Jacob Gratton wasted perhaps the home Lions best opening when his shot was high and wide in the 64th minute.

But worse was to follow as the home side suffered a second dismissal in as many games as Ekpolo was shown a red card for a second bookable offence that looked nothing more than an inncouous shoulder charge on a visiting defender.

Mike Calverley had a glorious chance late on but he directed his header wide of the target.

Regan Hutchinson who had proved to be a thorn in the visitors side all afternoon delivered two late crosses into the danger are but neither Lewis Hey or Thompson were able to get a clear sight of goal as Chorley held on for a point.