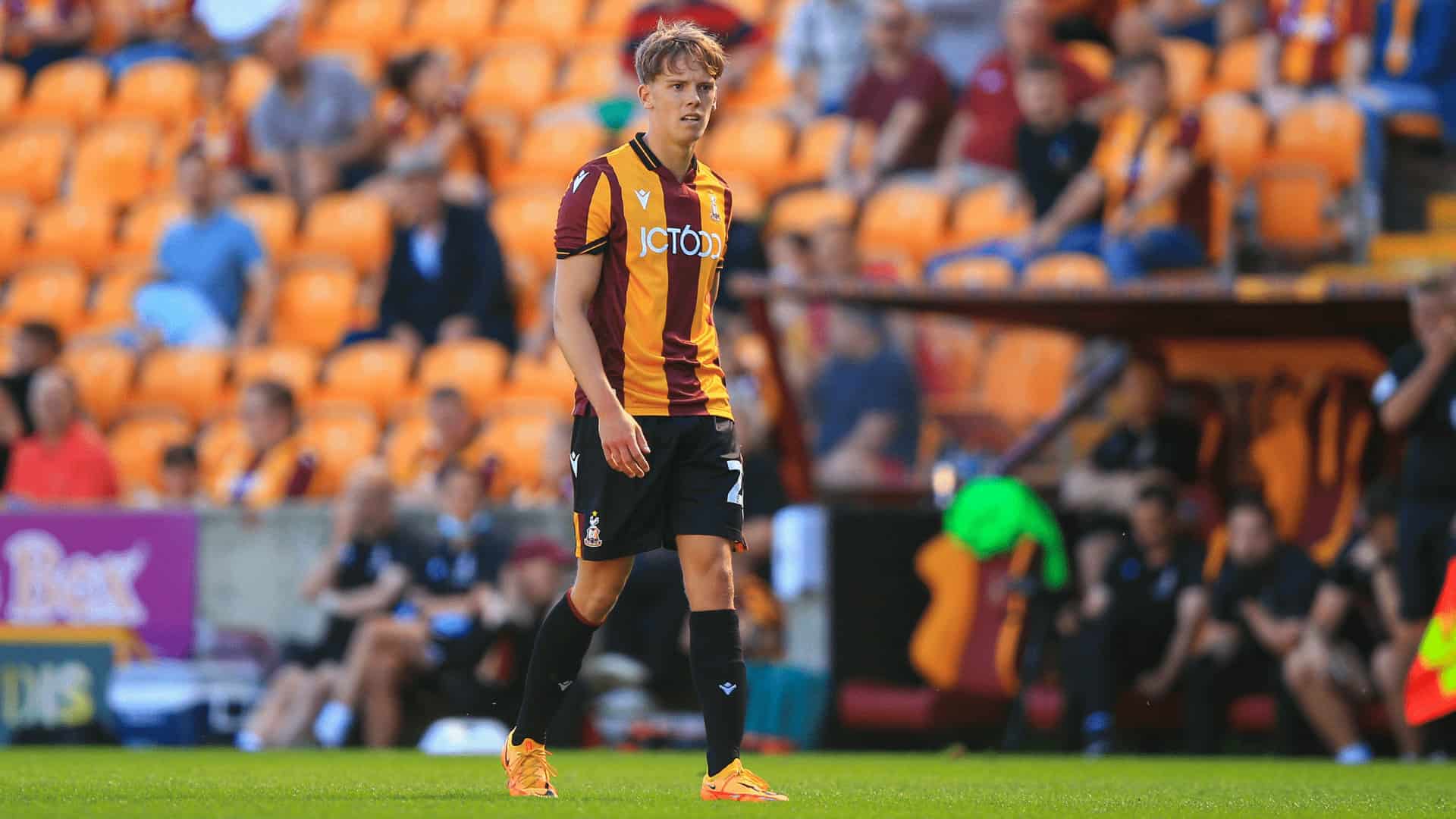 We are delighted to announce the signing of attacking midfielder Charlie Wood on loan from Bradford City.

The 19 year-old attacking midfielder has figured in City’s pre-season games after signing a new deal at Valley Parade in June.

A product of City’s Academy Wood made his professional debut in a Papa John’s Trophy game against Oldham Athletic in November 2020, before spending time on loan at non-league Ossett United last season.

He was instrumental as Martin Drury’s under-19s secured their first EFL Youth Alliance title in close to 10 years last season, scoring the second goal in a 2-0 victory at Grimsby Town which sealed the crown.

Wood was Academy Player-of-the-Year in 2019-20 and captained the Under-18 side managed by former Guiseley player Mark Trueman.

Upon signing his latest deal with Bradford City Wood said: “I am very pleased and have been working very hard for this for the past three or four years now. I am glad to have the opportunity to progress into the first team squad.

“We had a great season in the under-19s, winning the league and playing some great football, so I am delighted for everyone in the Academy and pleased to be representing it in a positive light.

“It has been a privilege to be involved with first-team training so far, and working with the gaffer has already really helped me. The knowledge he has will be great going forward, and hopefully I can keep improving by the day.

Bantams boss Mark Hughes said: “Charlie is a player we are pleased to be having with us in and around the first-team set-up over the next year. This contract extension is richly deserved and reward for the hard work Charlie has put in over the course of the past few seasons.

“He is a talented young player with a fantastic attitude towards working hard and improving. We have been impressed with how he has conducted himself while training with the group so far this season, and when he was involved with us last year, and are looking forward to seeing him continue to work hard.”

We’re delighted to have Charlie joining us at Nethermoor Park and he is available to make his debut against Bradford (Park Avenue) in our latest friendly on Saturday.

Charlie’s home, away and training kits are all available to sponsor.

Join Charlie at Nethermoor for the 2022/23 campaign with a season ticket, available to order online now here.