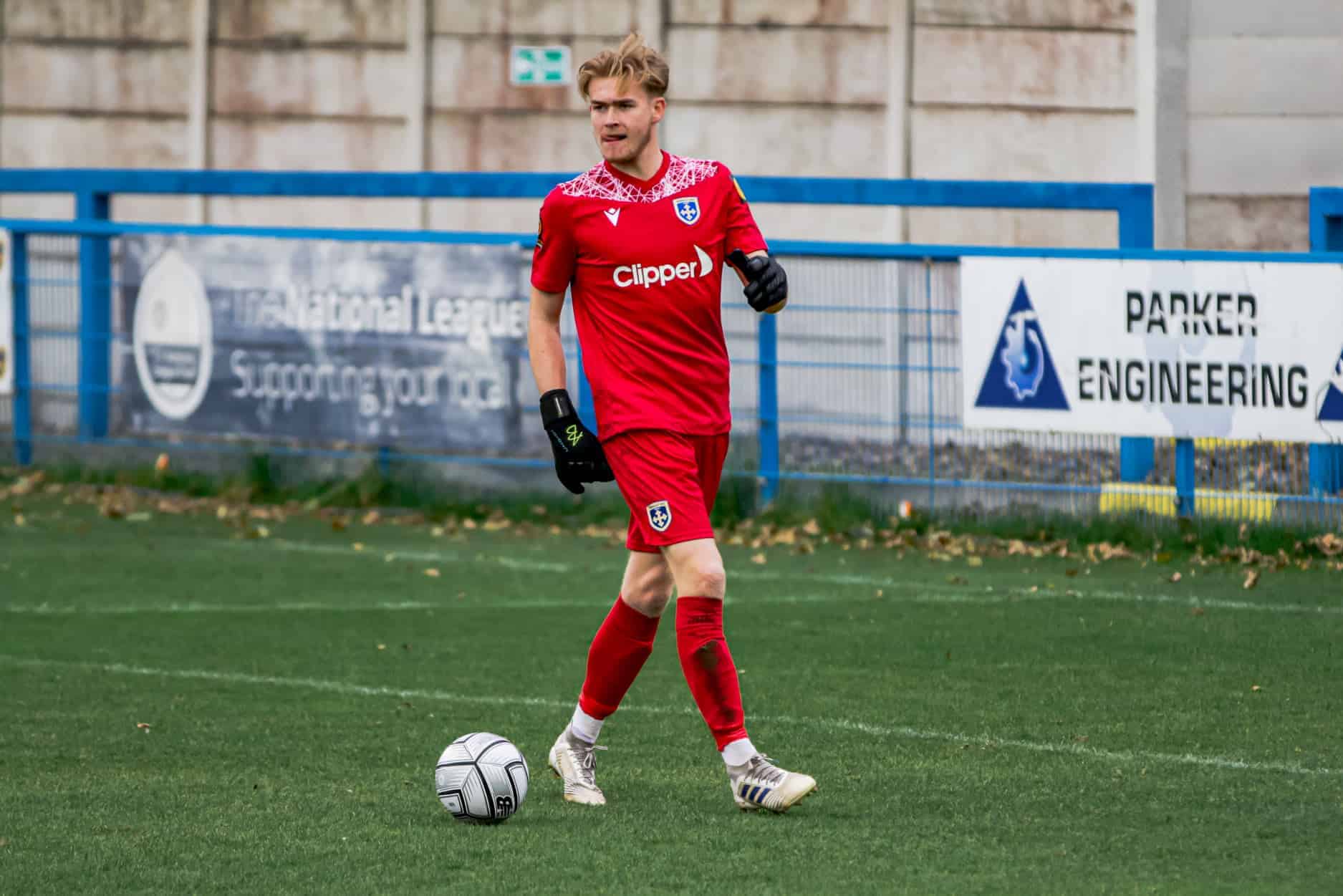 Former Guiseley loan keeper Brad Wade, says he is thankful for his time with the Lions and how this has helped him develop as a player.

After a brief spell last season with the campaign being brought to a premature end, fans were delighted to find out he would be returning for the full campaign, of course this one also ended early, this time being declared null & void.

Speaking to Tom Feaheny about his time with the club, Wade said:

“I really enjoyed both spells with Guiseley for different reasons. The first loan was my first real taste of playing men’s football in front of a crowd. The 7/8 games I played before the first lockdown did so much for me in terms of my development as a player. It also gave me a real feeling of what it meant to have a winning mentality and how important each game was.

“The second spell was different as it was all behind closed doors with restrictions in place at training and on match days so it was strange circumstances for everyone involved. I’m really disappointed the season ended up being voided but looking at it from a personal perspective it’s another 20-25 games in the locker”

There were certainly some highlights during both loans for Wade, with his picking out our last game of the 2019/20 season as his best.

“My favourite game I played for the club was probably Kings Lynn Town away just before the first lockdown. No one other than us thought we was going to win that game with them being top of the league but we played really good football for 90 minutes and won the game 1-0 and never looked like conceding even when they put us under some real pressure in periods of that game. There was a strange atmosphere at the game probably with the uncertainty of the growing situation off the pitch in regards to Covid.”

Brad’s debut was during the impressive victory away at Darlington, with him saying he was made to feel welcome from minute one.

“I clicked with Andrai Jones straight away as he was in my car school and is someone who led by example on the pitch. I speak a lot with Andrai off the pitch as he’s someone whose opinion I value highly. If ever I had a footballing situation/issue I didn’t know the answer too he would be the first person I’d ring for advice.

George Cantrill is another one as we had a few mutual friends which always helps going into a new environment.”

It was on January 31st last year when Wade’s initial move to Nethermoor was confirmed with the keeper thanking the joint-managers for how they treated him.

“Russ and Marcus were brilliant with me on both occasions. There aren’t many managers who would throw a 19-year-old lad in to a National League North team chasing the play offs when I had as little experience as I did at the time. They both want to give people an opportunity to show what they can do and I’m extremely grateful to both of them for that. Then when Russ rang me this season about coming back, I felt as if it would be perfect for me as I liked working with both of them and to get more games under my belt.”

Of course, this has been unusual times for all involved, with empty stadiums, alongside other factors this has been a far from ordinary time for Wade.

“It’s just a weird situation for everyone to adapt too. I have seen Marcus mention in an interview about the difficulty with everyone getting to know each other as there was so little opportunity to do so with all the restrictions that were in place. It was literally turn up to training, train and then go home. Which is obviously different to the norm.

“Luckily enough we got to play in front of fans twice this season and they are the games I remember most. Football isn’t the same when there’s no fans in the ground. Unfortunately, I didn’t get to play at Nethermoor this season in front of fans but thankfully I did a good few times the previous season.”

Now his time with the Lions is over, he has returned to League One Rochdale and has a clear goal going forward.

“My aim now is to just put myself in the best position possible for next season. It’s the last year on my contract and with the experience of games I’ve got at Guiseley hopefully I can push on my development in training and be ready when we come back next season.”

His final message to Guiseley fans was sinple.

“I’d just like to say a massive thank you to all the fans as they were so supportive of me throughout both spells. Hopefully I’ll be able to come and watch a few games next season when everyone will hopefully be able to get back watching the footy!”