Bignot Delighted With His Side 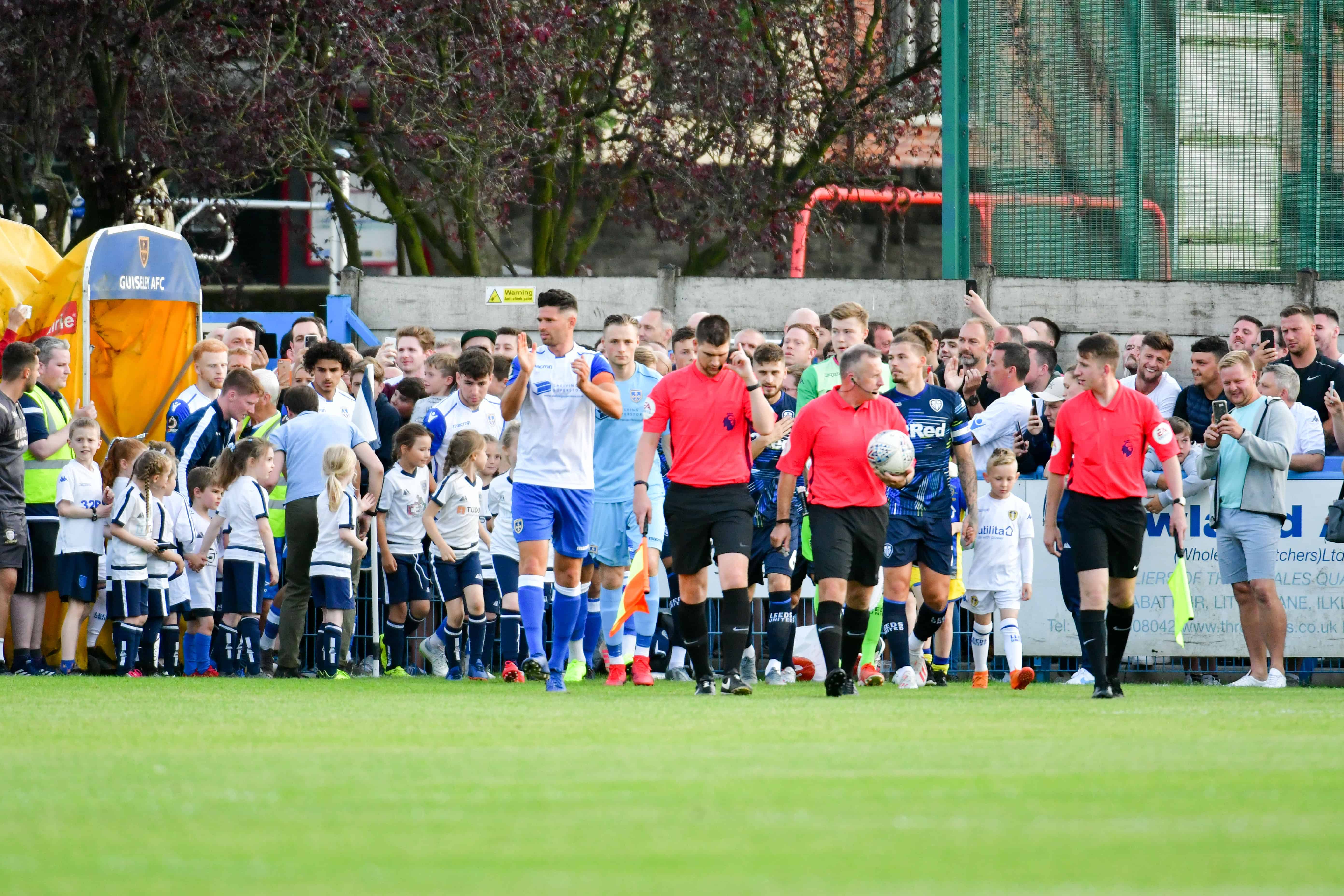 Marcus Bignot was delighted with his squad after Thursday night’s performance against Leeds United with The Lions now preparing for the visit of Scunthorpe United to Nethermoor on Saturday.

Tickets are just £10 adults, £5 concessions/U18’s and £1 U11’s with Guiseley 19/20 Season Ticket Holders able to claim their half price ticket from Turnstile 3.

Scunthorpe United make the trip to Nethermoor on Saturday with six new arrivals in Paul Hurst’s first season in charge.

They will be looking to bounce straight back to League One after relegation last season at the end of a frustrating campaign.

Marcus Bignot couldn’t be happier with his side after Thursday night’s friendly.

Leeds edged out Guiseley in a close thought contest after Kaine Felix gave the home side the lead before two goals after the break from the visitors.

“This was a serious test, speaking to Leeds in the week they were approaching it as a serious game, if you compare it to their game at York they played two 11’s, they wanted to keep the same 11 out there tonight.”

“This is only our second game so to put in that performance mentally, physically, tactically and technically I am absolutely delighted because we got to our own ability and it was there for all to see, I couldn’t be any prouder of them.”

Looking at the squad and the plans for next season the Joint Manager said “They have shown the potential they have got, we still need to add we know we are short in one or two areas where we still need to add, you have one eye on that opening game and how we are shaping, we are delighted with how the recruitment has gone. We are trying to develop our own within the club with Tabish Hussain, Aleks Starcenko, Declan Lambert, Nathan Newall who are all in and around it.”

“We want to build upon a squad, we do not want to be in the situation next year where we need a whole new squad again. I think you have seen tonight this group has a lot of potential and a lot of opportunity to build upon, that is what we wanted with the recruitment.”

Looking at the game and the performance shown by his players Marcus added “I am absolutely delighted with their fitness, really a lot of the lads should not have played 90 minutes but we wanted to help Leeds out at the same time. It just shows their mentality that they can go toe to toe with a Championship club, we are an old fashioned Tuesday, Thursday part time team.”

“We have put this schedule in deliberately, it develops mentality and within this programme we can work on our technical and tatical elements.”