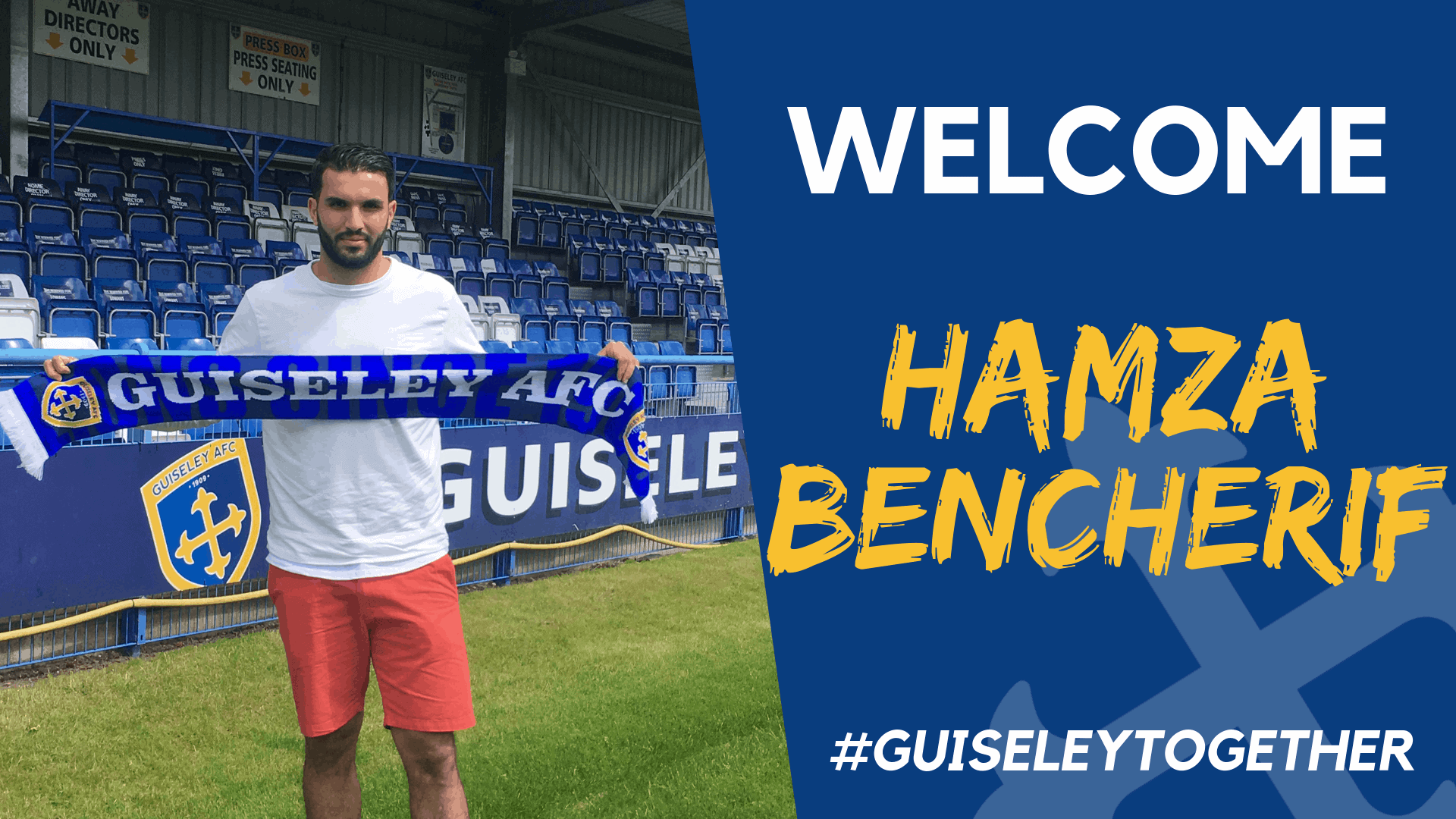 We are delighted to announce the signing of centre back Hamza Bencherif and the 31 year-old is looking forward to using his experience to help bring on the many talented young players we will have in our squad writes Rachel O’Connor.

The former Algerian Under-20 international joins a Guiseley squad with youngsters such as Scott Smith and Will Thornton, who have graduated from the club’s Academy to become regulars in the squad, and Pakistan international Tabish Hussain, 18, and his fellow current Academy player Aleks Starcenko, who are looking to push on with their careers. A number of the club’s new signings are also youngsters.

Bencherif said “Looking at the squad I will be one of the older heads along with Scott Garner and it is up to us to help develop these youngsters on the pitch and I will be doing everything I can to assist with that. It is quite an exciting prospect.”

The former FC Halifax Town and York City player has good knowledge of what Guiseley are about as a club having played against them in a number of derby games.

He said “I was twice relegated after Guiseley got the better of teams I was in and I know how good their support is. A few of my friends from my previous clubs like John Rooney, Michael Rankine and Connor Brown have told me what a great club this is so I am looking forward to getting started.”

The Paris born player, who can also play in midfield, added:”When I spoke to the managers Russ and Marcus, I bought in to what they were saying, it was exactly what I was looking for in a club and I believe in what they are wanting to achieve. I can’t wait to get started, there are some great pre-season games lined up.”

Bencherif added “I have been following what has been going on at the club and they have signed some very good young players and it excites me that I can use my experience to help them and see them develop into better players. I think that I can be a strong character in the dressing room and help them.”

The former Nottingham Forest, Lincoln City, Macclesfield Town, Notts County and Plymouth Argyle player plied his trade mainly as a centre back and said “I have also played many games in midfield and scored a few goals but predominantly I am a centre back who is dominant in the air. That is probably my strength and that is what I will bring to the team. My aim is to win points, win games and have a successful season with Guiseley.”

Bencherif started his career in France with Guingamp before joining the youth system at Nottingham Forest in 2006. When his Football League career ended in 2014 he joined Algerian side JS Kabylie.

He returned to England to play in the Conference Premier with Lincoln City playing 41 games for them before joining FC Halifax Town, for whom he also played 41 games. Bencherif left West Yorkshire in 2016 to join Wrexham but returned on a loan deal with York City later making it a permanent deal which expired recently.

In his time with The Minstermen he played 81 games, one being the 2017 FA Trophy final at Wembley in which York beat Macclesfield Town 3-2.