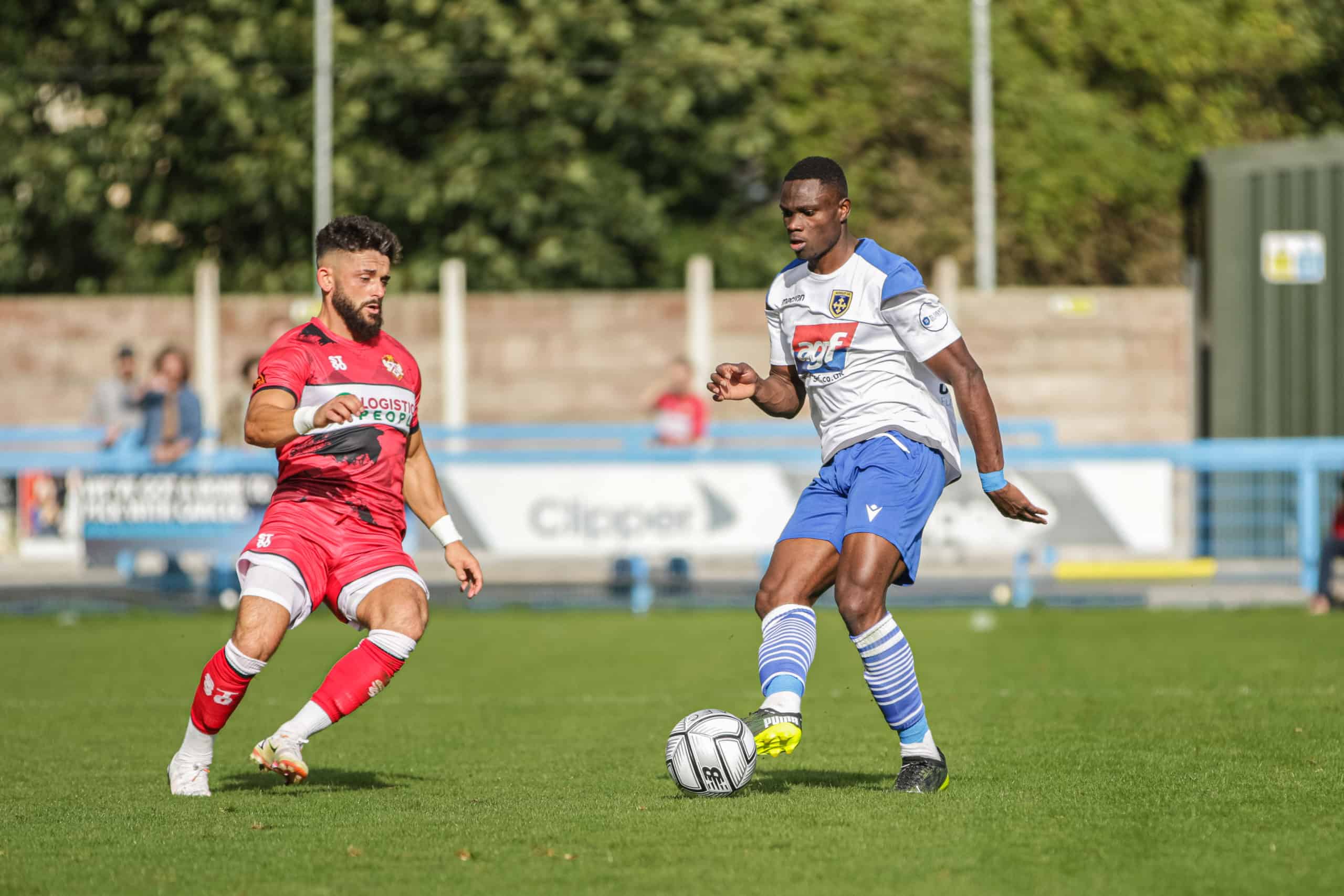 The Lions are back at Nethermoor for the second Saturday in succession but full focus is on the league ahead of the visit of Leamington for a 3pm kick-off.

Tickets can be purchased online in advance here or on the day at the turnstiles with payment being by cash only, it is also cash payments inside the ground for programmes, food and drink and 50/50 cash draw tickets.

Fresh from Saturday’s Emirates FA Cup victory and dominant performance The Lions go into the game looking for their first three points in the league since 28th August when Gloucester City visited Nethermoor.

Two clean sheets and 1-0 victories in the world’s oldest cup competition should give Marcus Bignot and Russ O’Neill’s side some confidence going into the fixture with Leamington, The Brakes were our last home opponents before the Covid-19 pandemic started last year.

Leamington sit in 10th place with 10 points from their seven games so far coming from three home wins and a draw at Hereford. Leamington’s victories at New Windmill Ground came against Spennymoor Town, Gateshead and Boston United with defeats to Brackley Town, Curzon Ashton and Alfreton Town.

The Lions are five points and nine places behind The Brakes going into Saturday’s fixture. Leamington dd however play on Tuesday night in the Emirates FA Cup and lost 2-0 away at Kettering in a replay following their 3-3 draw on Saturday.

Following the win over Blyth in the Emirates FA Cup Russ O’Neill said “You got a feeling of us missing too many chances in the first half but we created a lot of chances against a good experienced team and the clean sheet is everything to us and we’re through to the next round.”

“We try and play football in the right way but we have to try and balance that off with playing high instensity. I thought today we put the two together in long spells but certain individuals in the second half gave us a spark and reinvigorated us again.”

Speaking about goalscorer Jamie Spencer’s contribution the Joint Manager said “It is his third game in, it has been a massive test mentally for Jamie with his six game ban and a long lay off through Covid. It has been hard for him to keep match fit to come straight back in but it is great credit to him and he got his rewards today.”

Tickets can be purchased online in advance here or on the day at the turnstiles with payment being by cash only.