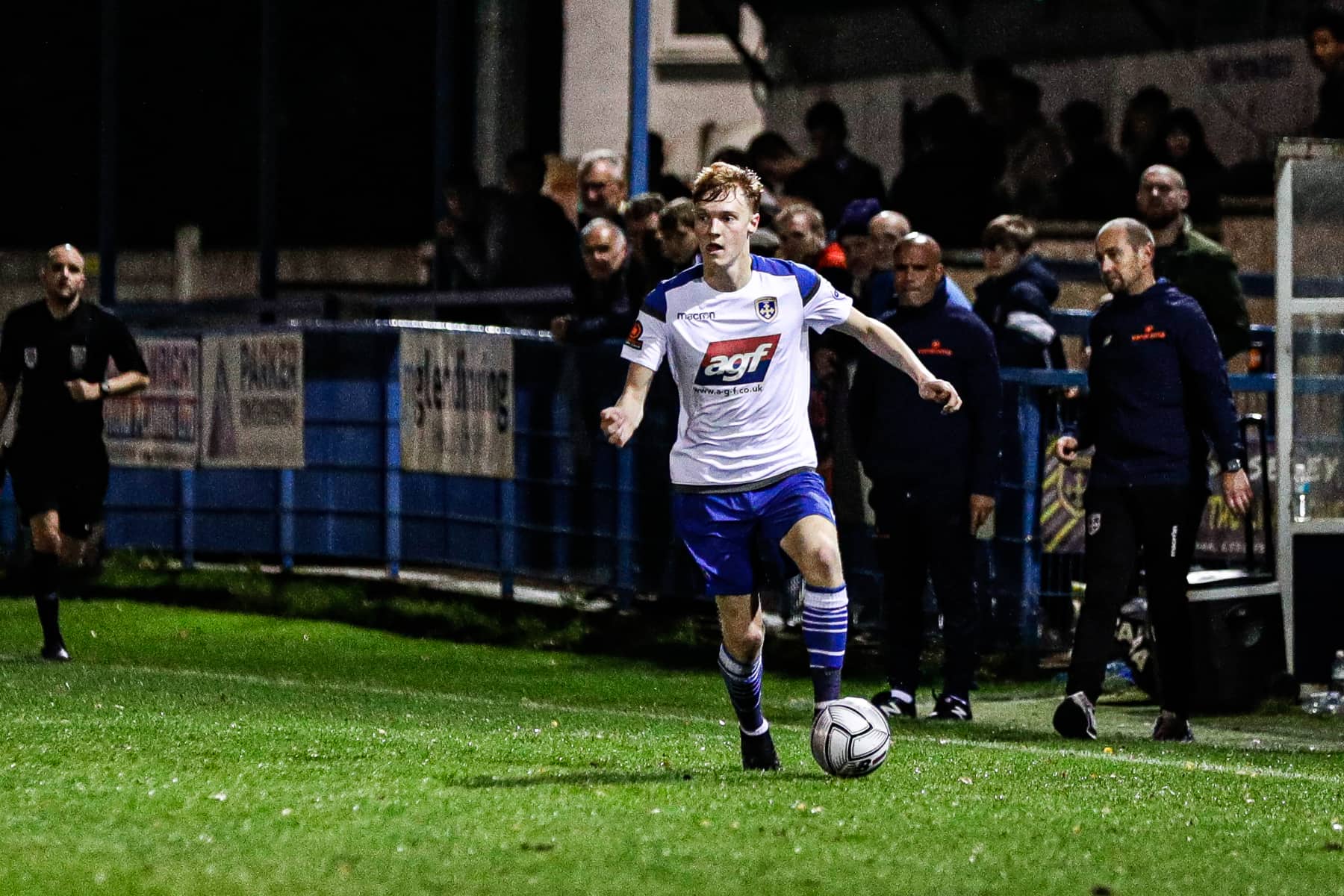 The Lions’ focus is back on the Vanarama National League North with the visit of Chorley to Nethermoor on Saturday for a 3pm kick-off.

Tickets can be purchased online in advance here or on the day at the turnstiles with payment being by cash only, it is also cash payments only inside the ground for programmes, food and drink and 50/50 cash draw tickets.

After a pulsating evening in the Emirates FA Cup on Tuesday night it’s back to the bread and butter on Saturday as The Lions look to continue the good form of recent weeks which has seen us go the last four games unbeaten.

Wins over Blyth Spartans, Leamington and Brackley Town in both league and cup have produced a feel good feeling around the squad after struggling for results in the first few games of the season.

Chorley are on an excellent run of form themselves with five wins out of their last six league games with a 1-1 draw at home to Bradford (Park Avenue) completing the unbeaten run. They have seen off Alfreton Town, Gloucester City, Chester, Blyth Spartans and Darlington since starting the season with two defeats and in that time they have scored 18 goals conceding only two.

The Magpies currently occupy a play off place and are seven points behind leaders AFC Fylde in fifth place. They sit 12 places higher and with eight more points than The Lions.

The Lions were boosted by the return of Andy Kellett on Tuesday night but lost Jordan Thewlis to injury so there could be an opportunity for Bailey Thompson or Shaun Tuton to gain a starting place. Kaine Felix and Jake Hull may also be available for selection after missing the Emirates FA Cup victory.

Speaking after Tuesday night’s win Joint Manager Russ O’Neill said: “Brackley are a really good team and tonight we just came at them from the first minute and the instensity was different class. I thought we were outstanding tonight and we showed over two games that this young bunch are improving week on week.”

Academy graduate Lewis Hey got his first senior goal and the assist for the winner, here’s what Russ had to say about him “Lewis is what he is, he is full of energy and enthusiasm, he gets around the pitch, he has really good quality and a really good left foot. He got where he needed to be to score and I am really pleased and proud of him.”

Speaking of the injuries and missing players on Tuesday night O’Neill said “We have had things go against us, Jake Hull and Kaine Felix had to be pulled out. We lost Jordan Thewlis and Lebrun had to slot in on the right side of defence, he hasn’t played there since last season he was outstanding then and he was absolutely faultless tonight and fully deserved that winning goal, his performance from the 1st minute to the 94th was absolutely outstanding.”

“Jordan has felt his hamstring as he opened up to go on another run but he says it doesn’t feel too bad so hopefully it isn’t as bad as we first thought it could be.”

Looking ahead Russ said “It doesn’t get any easier, every game is really tough and we know that so we just have to look after ourselves. Keep improving and focus on ourselves but be mindful about the opposition and what they present against us. Hopefully we can get rid of some of these injuries and the Physio will definitely earn his keep in the next week!”

“It is fabulous for the club, the players set the tone for the supporters and the supporters responded and we whipped up an excellent atmosphere towards the end and they helped us towards getting that winning goal. It was a fabulous night for everybody.”

Tickets can be purchased online in advance here or on the day at the turnstiles with payment being by cash only.