2019: The Year In Review For Guiseley Community Foundation 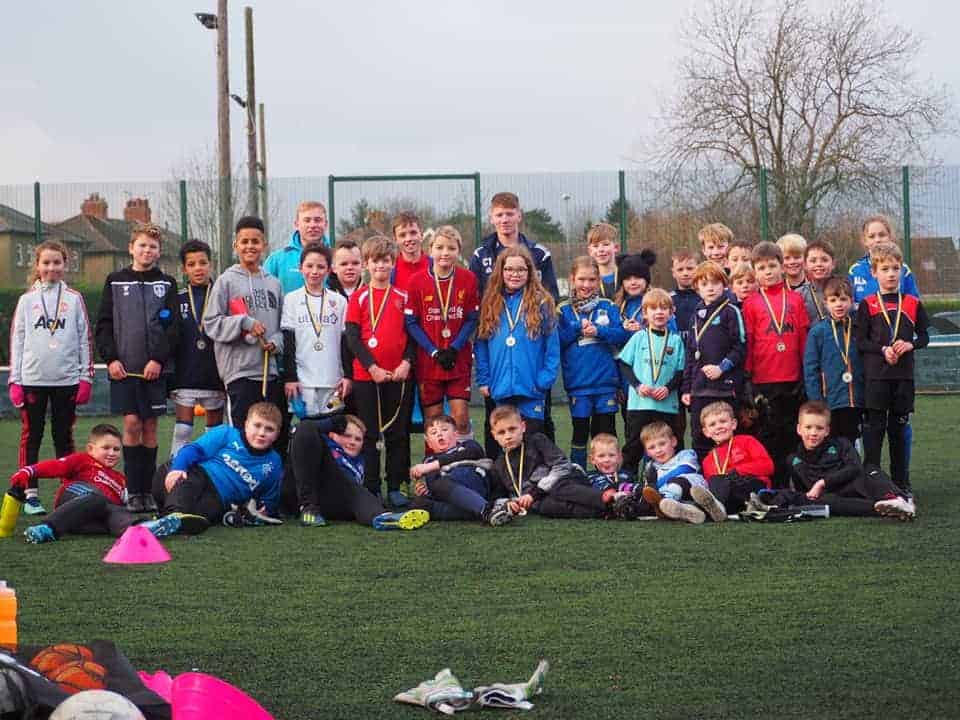 Guiseley Community Foundation has had an extremely busy year but has no time to rest on its laurels as a new year beckons with new challenges ahead.

The Foundation was successful in the bid to deliver the Premier League Primary Stars Programme promoting football, maths, literacy, teacher CPD plus an additional focus on environmental issues.

Foundation Development Manager Steve Taylor said: “This programme is being delivered in Guiseley Primary, Yeadon Westfield and Queensway. It is hoped if this is successful we can apply for additional funding next year to roll out the programme to the other Primary Schools.”

The Foundation also has an Early Years Programme and from funding received from Guiseley AFC Supporters’ Club and Subway Guiseley the Foundation has been able to fund a programme for Nursery, Reception and Key Stage 1.

The Community Foundation also received funding from The Wembley Trust to promote women and girls’ participation in football. This has enabled the Foundation to deliver sessions at St Mary’s RC School, Menston, and Guiseley High School targeting girls who may have become disenchanted with sport.

Through this funding the Foundation has also provided free holiday football sessions for girls and funded an FA Level 1 Course for a girl in Year 12 at St Mary’s who then worked for the Foundation during the summer supporting the holiday programme. Two other females who worked over the summer have just completed their FA Level 1 Course and will provide additional coaching support as required.

An over -12s turn up and play session runs on Monday evenings from 4.30pm to 5.15pm to keep children off the streets and this costs just £1 per session.

A chair-based exercise group for the elderly and disabled led by our young coach Connor Thompson runs on Friday mornings. It is funded through Postcode Lottery Magic Little Grants and this funding will support the session until May.

A Health and Wellbeing Course for mums was run in partnership with Aireborough Children’s Centre. Our staff ran a sports session for the children while their mothers attended the course.

Sports Leaders Courses have been run by the Foundation and range over Levels 1, 2 and 3 with 22 Learners in total having passed and now have a Nationally recognised qualification. One course was delivered at Armley Prison and five courses were delivered at Adel Beck Secure Children’s Home.

Football Coaching at Wetherby Young Offenders’ Institute has now ended due to a change in focus which is now more outcome based. We are in talks to provide Sports Leaders Courses there as an alternative.

The Foundation continues to offer Football Camps at Nethermoor during every school holiday.

The Foundation took part in a new project in the Summer. Funded via Leeds Community Foundation and the Department of Education the Healthy Holiday project was run at Queensway School and targeted vulnerable children and families identified by the school staff.

The Foundation provided breakfast and lunch and a range of activities over five weeks along with a family day out. There is a briefing meeting coming up to assist in preparing a bid for next summer.

We intend to apply and extend the offer to the other schools in the partnership so that we can support more of our vulnerable families.

Funding was also received from the Outer North West Community Committee to provide activities for children 8+  pilot run in October half term at Queensway and there will be an extended project running in February Half Term.

Foundation Development Manager Steve Taylor is now a member of ACTION -Aireborough Children’s Centre Advisory Board and a Director on the Aireborough Learning Partnership Board as the Community Foundation has become a partner. This Board consists of the two High School Headteachers, 12 Primary Headteachers and other members from a range of organisations.

To help fund the Foundation activities the Golf Day at Horsforth Golf Club was a again a great success and for the first time a Beer Festival was held at Coopers’ Bar. This was well supported and raised £4,800 which was divided between AVSED, Memory Lane, Aireborough Children’s Centre and Guiseley AFC Academy

Steve Taylor said: “Thanks go to our team of coaches – Connor Thompson,  Danny Ellis, Ben Walker and Luke Robinson for delivering our work in schools, at holiday camps and in institutions and also to Trustees Phil Rogerson and Kinnon North for all the administrative work that they do, particularly in securing funding for our work.”