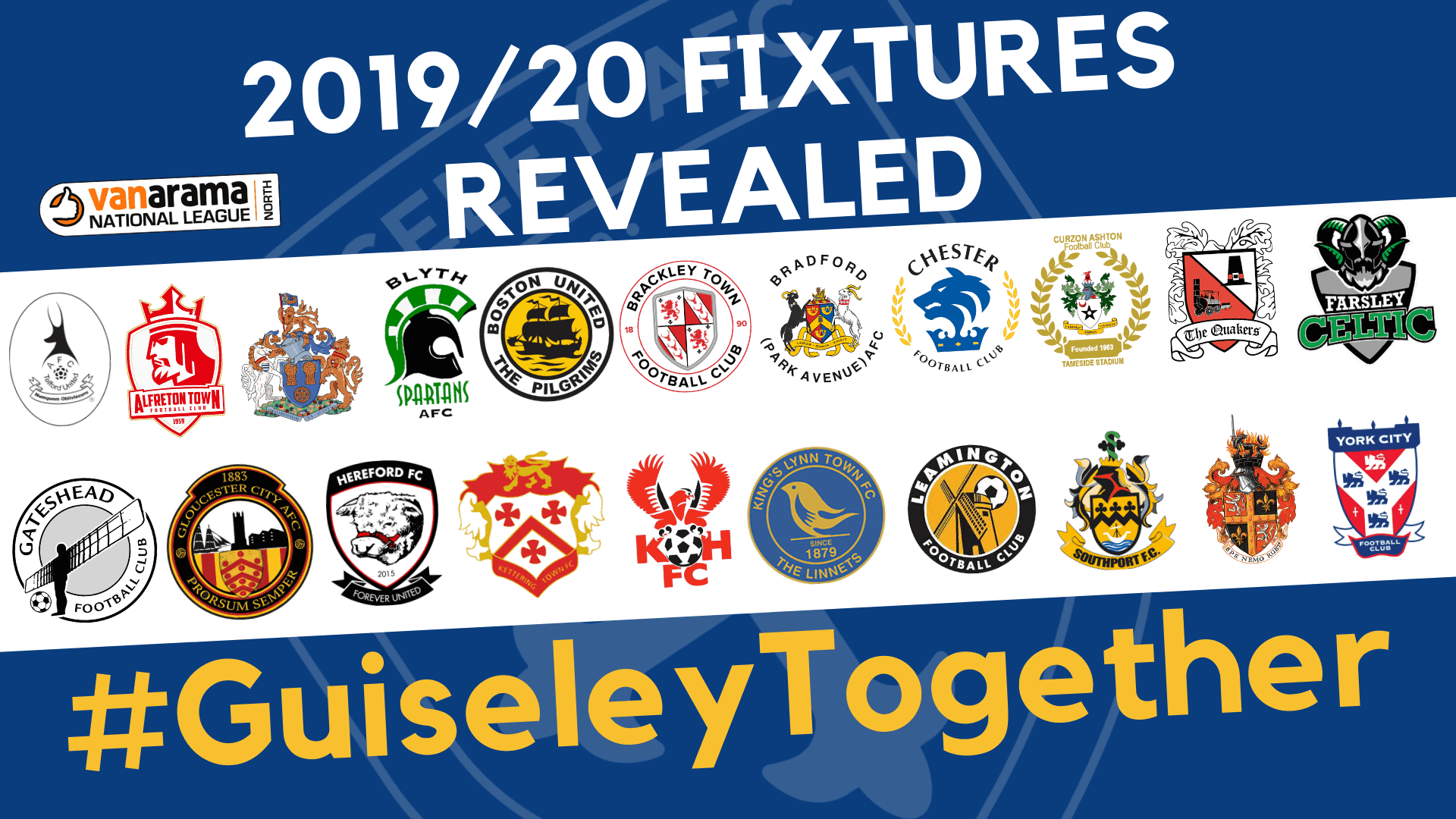 The 2019/20 Vanarama National League North fixtures were announced this afternoon and The Lions’ season begins with a visit from King’s Lynn Town.

Marcus Bignot and Russ O’Neill’s side also have a congested August with visits from Spennymoor Town, Alfreton Town and Curzon Ashton whilst travelling to Bradford (Park Avenue), Southport, Boston United and Blyth Spartans.

The traditional festive double header will see the Lions host Farsley Celtic on Boxing Day with the return fixture on New Year’s Day, an away clash with York City is sandwiched between those two fixtures.

After a long Summer it’s exactly a month today until we start again with our first friendly taking place on Saturday 6th July against Bradford City at Nethermoor.

Keep an eye on the away travel section of the website for details on how to book trips with the Supporters’ Club.

Don’t miss a minute of the action at Nethermoor with a 19/20 Season Ticket.