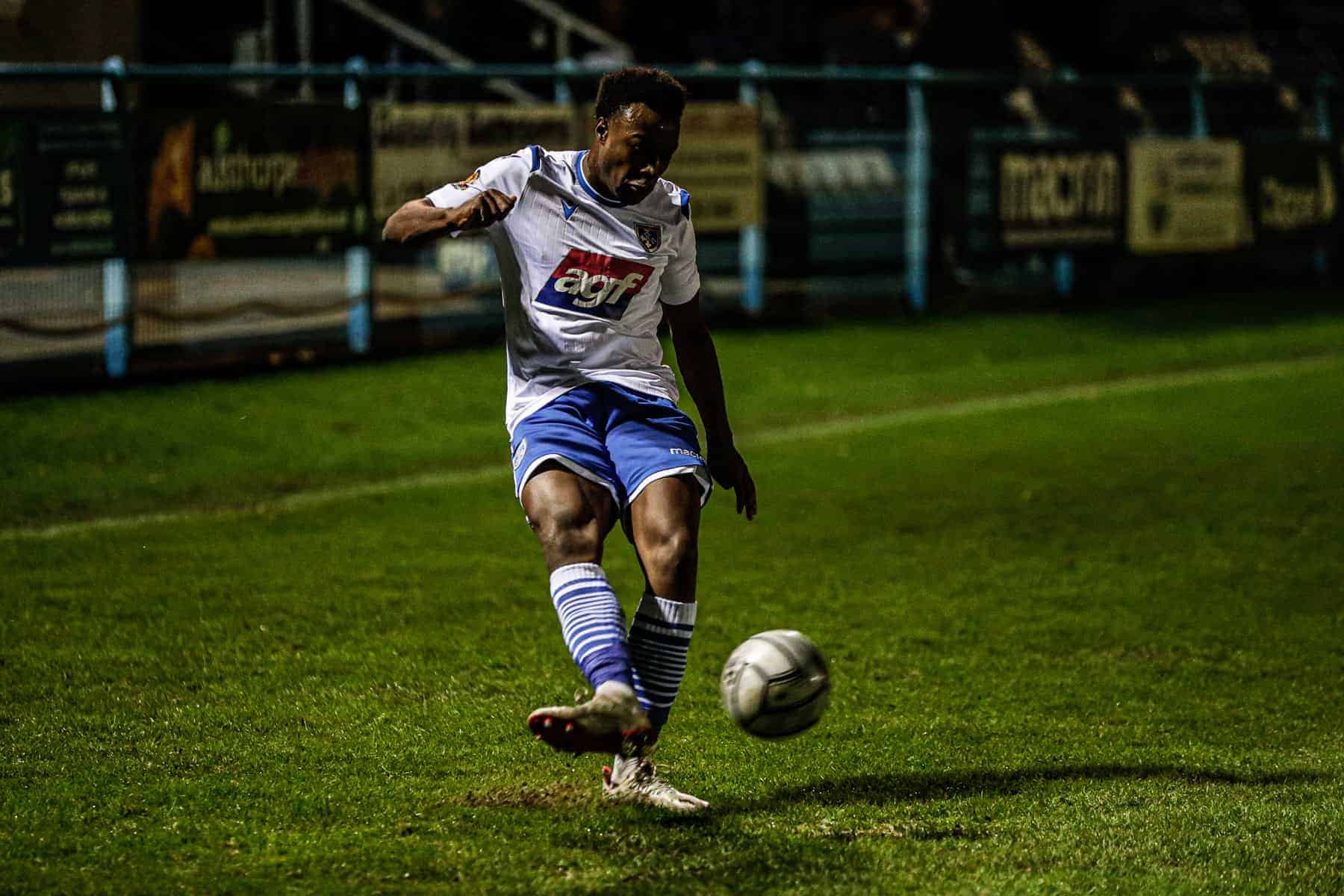 The Lions are back on the road with a trip to Edgeley Park in the Buildbase FA Trophy third round, Joe Priestley previews the tie.

The road to Wembley continues as Guiseley travel to Stockport for more FA Trophy action. Stockport are highly rated by everyone who knows the National League system and have some of the best players in the league on their books, if The Lions can find their way past the hatters, who convincingly beat The Lions in pre-season, they can beat anyone. The Buildbase FA Trophy has not been a good competition for Guiseley for a number of years now, but perhaps this is the year that it all changes.

The Lions
After a difficult return from a covid-enforced break, The Lions appear to have turned a corner with two impressive wins. Loanee Milan Butterfield continued to impress as did George Cantrill and Lebrun Mbeka. Guiseley Academy graduate Adam Haw scored his second senior goal on Tuesday night much to the elation of all involved with the club.

Isaac Currie and Brad Nicholson also performed well on Tuesday night and both could push for a second consecutive start.

Former Stockport man Kaine Felix will be looking to help cause an upset on the road this Saturday, and The Lions have no reason not to go for it and try and make it into the next round of Non-league’s pinnacle cup competition.

Stockport County
Since going up from the National League North, Stockport have gone from strength to strength. The hatters employ two highly rated former Lions, Ashley Palmer and John Rooney.

County are looking to bounce back from a defeat against Notts in midweek and are hoping to put their first ever competitive win against Guiseley on the board. The clear favourites have never exited the competition this early.

Aside from Top scorer John Rooney, Alex Reid, a striker that Marcus Bignot encountered in his tenure at Solihull, has also proved to be a very credible goal threat this season after signing from Stevenage.